In 2013 classified documents proving extensive surveillance over and through the internet by the US and UK spy agencies where leaked by Edward Snowden. While the perceived circumstances that allowed for this surveillance are as diverse as the 'solutions' proposed, I will explore one scenario related to the topologies and practices within networks themselves.

As such I aim to design a speculative scenario about post-prism networking. Departing from the idea that in response to the Snowden leaks computer networks in the near future will take on a plurality of different shapes and sizes, often local and specialised in nature and highly informed by diy culture and techniques. Locality and the ability to do something by one's self will take precedence over speed and efficiency, when it comes to designing and using networks. People will navigate multiple networks during a day, next to the web as we know it now.

This project will travel into the near future, 2019, and bring back examples and documentation of the equipment, ideas, experiences and social practices of various of such future networks. I will try to walk a thin line between science fact and science fiction to tell a story that is real and legible but also speculative and reflective.

During my first year at the PZI I became interested in the infrastructure of the internet. That year I began experimenting with Traceroute which lead me to producing maps and diagrams that explored how I connected to the internet. A particular interest came from GeoIP libraries that I used to connect the servers and websites I visited to countries and physical locations on the planet. With this in mind I applied to the summer sessions residency and I made Border Check to further explore my interests this topic.

The second year I started off by getting some more hands-on experience with linux networking. Bibliotecha was one of the projects that I worked on and informed me as to what is possible and in what ways. Especially the way one can create ad-hoc or disconnected networks cheaply nowadays I find intriguing.

Artists/designers that work from a perspective of infrastructure:

Philip Ronnenberg > Post-Cyberwar series, imagines ways of communicating after the 'internet kill-switch' has been activated.

Tuur van Balen > Pidgeon d'Or, modifying bacteria that live in the guts of pigeons to use them as soap-dispensing networks for cleaning cities.

Mark Shepard > Sentient City Survival Kit, a speculative toolkit to deal with cities of the future that will be full of sensors.

Gilles Deleuze, Postscript on the societies of control 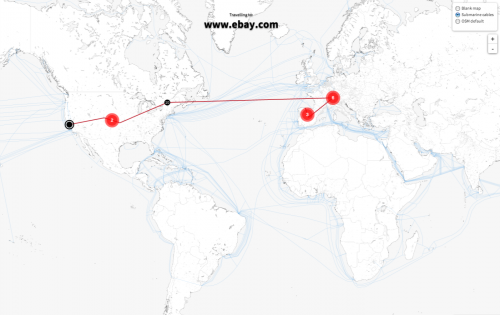 Telewar is a research project by The Force of Freedom and Dave Young on the topic of drone warfare. The project was initiated in november 2012 during a three week residency at Upominki in Rotterdam. The result of the residency was a self-published booklet containing an heavily illustrated essay. In it we try to make some sense of the drone warfare phenomenon by looking at how the users of military UAVs represent themselves both officially and unofficially. This is done by examining places, images or artifacts where an official and regulated narrative on drones intersects with with a more spontaneous and uncensored one. Examples include public facebook profiles of UAV squadrons, the online second hand market for drone-related insigna and offical documents conerning the topic.

The latest iteration of the project consists of two film loops. One is a taxonomy of UAV uniform patches. In this film a collection of patches is categorized and classified into four distinct topics, animals, flight hours, mythology and the earth as a grid. By making this taxonomy and studying the symbols for their connotation and their history the viewer gets a better insight in how UAV operators view themselves and the world. The second film is a lexicon of drone terminology. By juxtaposing military jargon with images it tries to scrutinize the pentagon euphemisms that are used to talk about UAVs and the Global War on Terror. 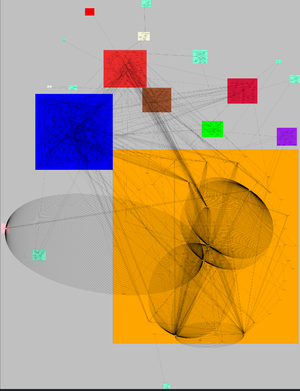 One week of browsing, one of the first visualizations.