Looking for an angle to approach my interest in this topic for the graduation.

To examine the angle I will do a couple of small experiments:

Since using PGP is automatically detected and considered suspicious by the NSA one is required to hide PGP message in a cypher that is not able to be read by machines. It's a script that encrypts texts using the most often seen images on the internet, favicons. Referring to techniques of James Bond films of the '70s and news-paper collage ransome notes, it comes with no decryption function. Instead decoding is supposed to by done by the human receipient, pen and paper in hand.

Made during the Blending In workshop by Dave Young.

How do sys/network administrators represent themselves

What is the common (visual) vocabulary? 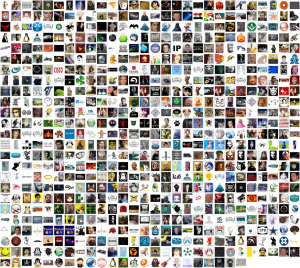 All the avatars on networking-forum.com

Scraped 23.000 users. Unfortunately this resulted in only +/-700 avatars that are actually pretty generic. There are a few that have references to networking or system administration but the majority could be from any forum whatsoever.

This was actually the 4th big website I tried. The others either had no avatars, a spoiled userbase (spambots) or the forums had died out. 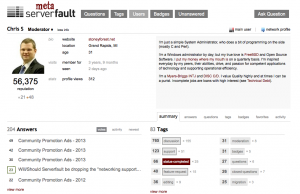 Server Fault is a question and answer site for professional system and network administrators.

It seems that places like stackexchange are the place to go now for matters regarding system administration. Since the stackexchange websites also acts as a recruitment platform, people tend to take great care in making and maintaining their profile (and reputation). One of the advantages is that there are a lot of avatars to scrape. At the moment there are +-200,000 (active and inactive)user accounts on serverfault.

As of writing I have tried 36,000 user profiles which resulted in 15,500 active profiles and 10,000 unique avatars (the others have a default avatar). Quickly scanning through the folder of images one can see that the overwhelming majority are white men of around 30-40 (34 is the average age so far). This is quite a specific demographic.

Considering that there are such large amounts of images they can be divided into categories of the most prevalent types of images:

Ask technical questions on these forums designed to get answers that might reveal a bit about the way they perceive a network in terms of politics (should everyone be given as much rights on the machine? If so why? What are the hirarchies?) 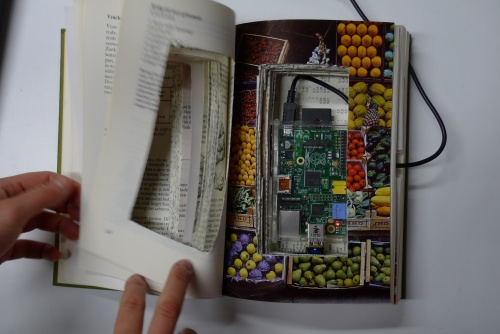 Bibliotecha is a software stack that allows a small community to maintain and distribute a collection of texts. It's an off-line digital library, that people access by connection to it's hotspot. Bibliotecha will be set up within the school and I will experiment to see how it's use is built into the system, eg. do certain systems illicit certain behaviours?