During the first trimester of my graduation year I decided to focus on two things: Animation and VHS. The VHS part came about pretty smoothly after working on other projects with this redundant medium in the previous school year (for instance; Tip Top Education and Damien Hirst - Marooned On A Desert Island), but the animation part was actually something pretty new to me.

I was asked by WORM to help them put together a program for the De-Activist November VHS month that was going to be held there. I proposed a couple of things and in the end we made a selection of the more interesting ideas.

We started the month with a debate about the sustainability of VHS in our current day of age with notable speakers on that subject (the entire show has been filmed with VHS equipment as well): http://www.worm.org/home/view/event/6239 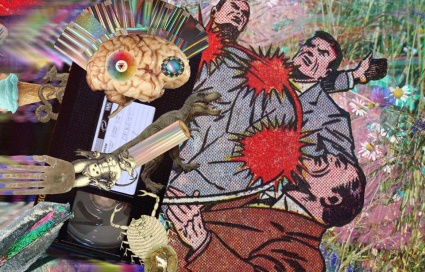 I also put together a VHS animation workshop in which participants were taught how to animate by cutting and pasting physical VHS tape: http://www.worm.org/home/view/event/6082 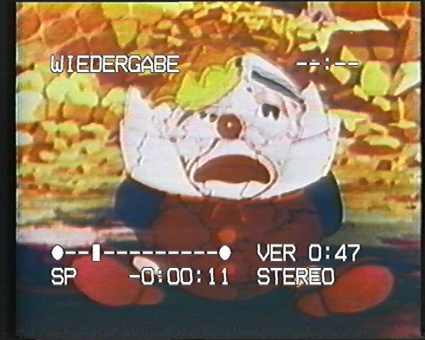 You can watch some of the results here:

This workshop will be repeated in Leiden (during LISFE) and Nijmegen (at Collectief Derde Wal) during april and may next year.

The other thing I started working on were my animation skills. These are, despite this ['sort-of-animated-youtube-hit'], a little primitive.

First I worked on a video for one of my own songs. It was released as a 7 inch vinyl single this december:

Then I collaborated with Sandra Gnjatovic on a film about the Dodo about whom I speak a lot more in my thesis proposal: 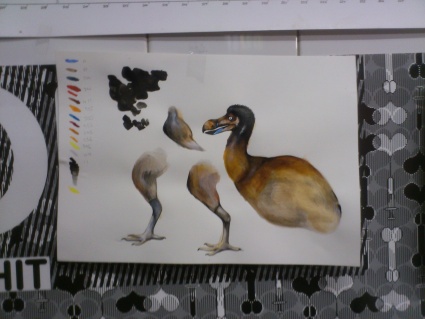 The last has not been said about this animation fascination of mine. 2014 will prove to be even more fruitful in this aspect!