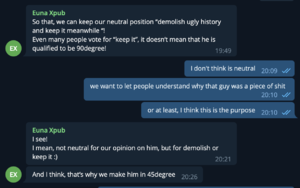 smile, you are in the internet

Ok why this dude

Rhodes was an imperialist, businessman and politician who played a dominant role in South Africa in the late 19th Century, driving the annexation of vast swathes of land. He is also said to be "one of the people who helped prepare the way for apartheid by working to alter laws on voting and land ownership".
"I contend that we are the first race in the world and that the more of the world we inhabit the better it is for the human race" [1]

Probably this is already enough.

Issue: what about history vs symbol

Adding layers on history!
What should be more powerful? Do we delete or deconstruct it?

Does a statue exist as a way of glorifying someone, or/and act as a piece of historical information?

Modifying or Removing or letting it remain as it already is? 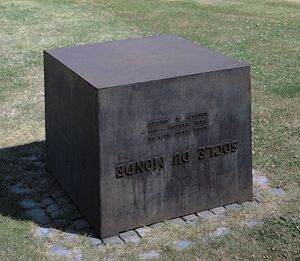 A monument to the world by P.Manzoni

There are also good statues, to generalize means refuse to inhabit complexity.

How can we establish a position about an issue? + how can we make others aware of the shit that this guy did?

"Adding a footnote to a statue?"

change the status of the statue! 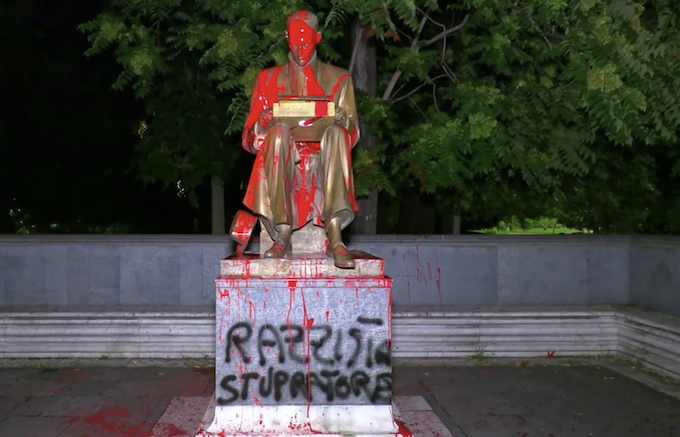 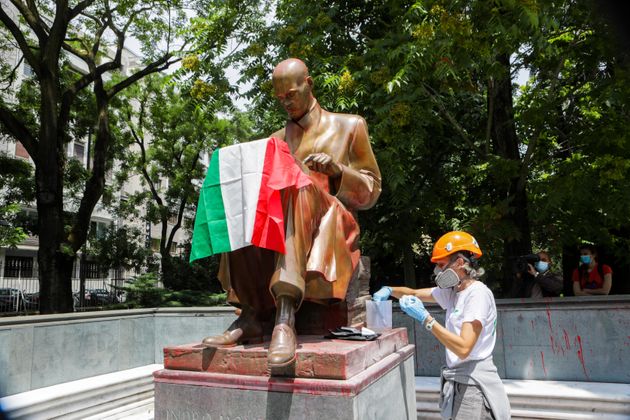 Indro Montanelli's statue while was being cleaned

The elements that support the statue have also a lot of symbolic weight (i.e. look the fuckin hat + the fist)

What about the statue's sustainability / natural resistance to protest actions through its material :

Because of its position and materiality, the statue can appear untouchable The statue made of bronze or stone could almost be seen as if it was made to resist to protest actions, as it is a robust material that is not flexible in it's editing capabilities. (i.e. Montanelli's statue @ Milan)

What makes this statue arrogant (material, position, behaviour, etc?)
for now, unreachable height, places importance in levels and hierarchy.
The material also, too solid (seems like a part of the architecture), adding to the intense importance of the figure. 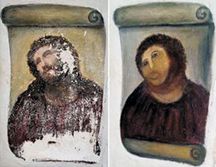 it's already an ugly statue!

-> inside (historical) ugliness or physical? not dynamic but "fixed", static, it's always there

Since we want to modify symbols and not history, what is our position?
When educating the people, how do we let people discover the history?

but with an application, we can give further info.

problem of the performative event

How can we give a "lesson" if we're not always present? The statue is stable and rigid, it will exist long after we do.

(Still not a very bold idea) 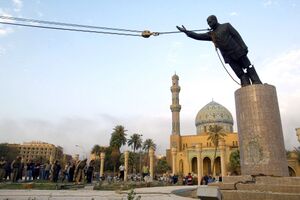 An in-between of remaining in its current untouchable position and the alternative of being completely removed: Suspending the statue at a 45° angle, as if it is falling or at least edging. A symbol of the debate/tug of war between positions of support and protest. .
The precarity of opinion.

Free or interpretative, or oriented towards a more personal opinion about history linked onto the footnote of the statue.

For a determined time slot (i.e. a month) people can vote about the status of the statue, to determine its falling angle.
to be continued