For the Special Issue 13, I interpreted the essay TENSE (2018) by Simon(e) van Saarloos. With my interpretation, I amplified the author’s discourse on descriptive language by exaggerating the use of meta-descriptions through the form of HTML-tags. Normally, a HTML <tag> acts as a descriptive container, it is invisible from the Web-user point of view as it is only made to be read and interpreted by the computer in order to arrange the structure of the Web-page

By looking for ways to make these meta tags visible and readable from a Web-user’s point of view, I affect the reader’s interpreation of the essay and also perception of the document accessed. Additionally to the Web, I made my three HTML documents (essay, artistic response and map) printable from the Web and included them in the Special Issue 13 book.

As part of the design team of the Special Issue 13, I collaborated with two XPUB1 students to make the project’s visual identity, including the making of Web-to-print documents such as the blank map; bookcover and colophon.

Special Issue 14:
I don't know where we are going but....
Visual identity conceived with Euna Lee and Jacopo Lega

For the Special Issue 14, I wished to explore, detect, and implement unconsidered Web events and situations in my own pinball game. Later on, this work evolved into a city-based pinball game, eventually becoming the publication’s launcher page. This launcher page allows the user to find coordinates of local Wi-Fi networks located within the city of The Hague.

In addition to the launcher, I created a series of pinball inspired folder interfaces. Each of them allow visitors, who are connected to one of the local Wi-Fi network locations, to access content created and shared by XPUB1 students. This content can be games, texts or codes embedded within compositions of clickable pinball bumpers.

In order to connect the launcher page with a total of five folder interfaces as part of a more unified navigation and visual system, I was working in the design team of the Special Issue 14 with three other students and together we assembled the project’s visual identity.

During the Special Issue 15, I had fun with Louisa with Musiclab, then got quiet familiar on SonicPi making interpolation and sample looping, overlaping ann streching in time and space before getting more seriously involved with P5sound.js library. I hosted one radio show with Euna Lee, worked with Naami and Jacopo on sound spacing.

Along these differents steps, I started to devellop locally a Web Oscillator responding to the User Inserface mouse X/Y and screen size. After adding some visual landmarks, I could finally perform with this instrument for the very last radio show hosted by Louisa and Federico in a garden! A live performance is being prepared for September at Page Not Found (The Hague) with other XPUB students and almunis. Be aware that because of the specific focus on the development of this instrument, most my research on this subkect transited from this my wiki to this link. VIDEO

Federico and I developed a Web app allowing the visitiors of The Hague Contemporary Art Weekend 2021 to compose and generate custom routes across the different contemporary art locations of the city. These routes are generated from a series of combined words picked by the player, creating speculative poetry and offering many ways to explore the diverse manifestations from the 23 partners of the festival. During the Art Weekend, you could derive through The Hague catching the Weird Yellow Signboards around the locations and generate Weird Slippery Poems based on the imput description of each events. The signs are the result of a Web to Print process of the game interface itself.
For more information here, video here 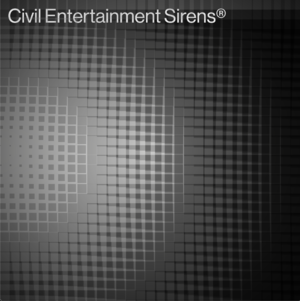 window.open() is an interface for the XPUB program to communicate with the public inside and outside of the physical space. We adjust, using windows in the street and in the browser in order to be able to communicate. Through this dialogical interface attitudes, perspectives, backgrounds and situations are explored together in a program consisting of presentations, workshops, publication launches, conversations and performances which take place both online and offline. The full program can be found on our event page.

Civil Entertainment Sirens® is the performance attempt I did in Page not Found at the very end of the event. It consists of a series of polyphonic textures (drone) performed from a Web oscillator instrument (developped with P5.sound.js) , running offline. This audiovisual performance is willing to explore different combinations of sound frequencies, echoed in time and recreating sirens. Warning: Civil Entertainment Sirens® models are beta versions and have not yet been submitted or/and approved by any local agency or government.

My project is a data collection installation that monitors people's behaviors in public physical spaces while explicitly encouraging them to help the algorithm collect more information. An overview of how it works is presented here in the project proposal and will be subject to further developments in the practice.

The way the device is designed doesn’t pretend to give any beneficial outcomes for the subject, but only makes visible the benefits that the machine is getting from collecting their data. Yet, the way the device visually or verbally presents this collected data is done in a grateful way, which might be stimulating for the subject. In that sense, the subject, despite knowing that their actions are done solely to satisfy the device, could become intrigued, involved, or even addicted by a mechanism that deliberately uses it as a commodity. In that way, I intend to trigger conflictual feelings in the visitor’s mind, situated between a state of awareness regarding the operating monetization of their physical behaviors, and a state of engagement/entertainment /stimulation regarding the interactive value of the installation.

Close from the concept of "algorythmic curating » mastered by online platforms such as Amazon, Facebook or Netflix, the data collected from the monitored behaviors will be ultimately translated into speculative suggestions such as « you may like […]; you might know […]; suggested message/visual: […] that the visitor will be able to print out while exiting the space. 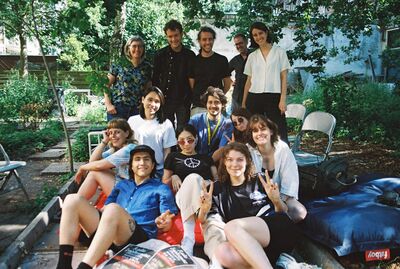