"Or learning about archives the hard way..."

Happily at an engineering school, there was also something called STS... 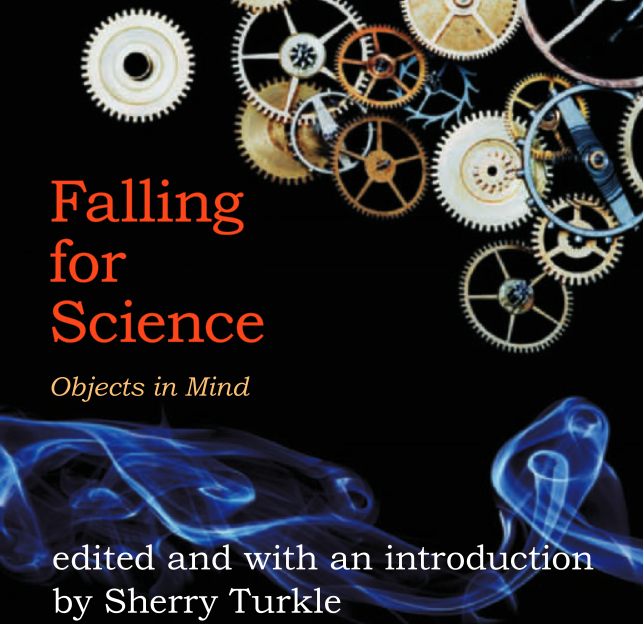 In the early 1980s, an MIT colleague, the mathematician and computer scientist Seymour Papert, wrote about how the gears on a childhood toy car had brought him into science. Fascination with those first gears made way for fascination with other gears. With practice, Papert learned to play with gears in his mind: “I became adept at turning wheels in my head and at making chains of cause and effect. . . . I remember quite vividly my excitement at discovering that a system could be lawful and completely comprehensible without being rigidly deterministic.”

What is certain in Papert’s narrative is that thinking with and about things is not a cold, intellectual enterprise but is charged with eros. Papert says: “I fell in love with the gears.”

For over twenty-five years of teaching at MIT, I have made my first class assignment a question in the spirit of Papert’s essay on gears: “Was there an object you met during childhood or adolescence that had an influence on your path into science?

The metaphor of building is central to the Swiss psychologist Jean Piaget’s constructivist description of child development. Its basic tenet: children build theories based on the objects they meet in the world. Seymour Papert was one of Piaget’s students and saw the relationship of object to theory in more activist terms, closer to the experience Alibaruho describes. Papert moved to a constructionist position: children make their minds through actual building. In Papert’s model, we can expect that if we give children new materials, they will build different things and be able to think new thoughts. Piaget’s constructivism takes the object world as something of a given; constructionism puts the child on the prowl for new objects, new ideas.

However, by the 1990s the industry trend was clear: digital technology was to become increasingly opaque, reshaped as consumer products for a mass market. The new opacity was cast as transparency, redefined as the ability to make something work without knowing how it works. By the 1990s personal computer users were not given access to underlying machine process; computers no longer arrived with programming languages as a standard feature. Beyond this, programming itself was no longer taught in most schools. Even so, young people with a scientific bent continued to approach technology looking for at least a metaphorical understanding of the mechanism behind the magic. 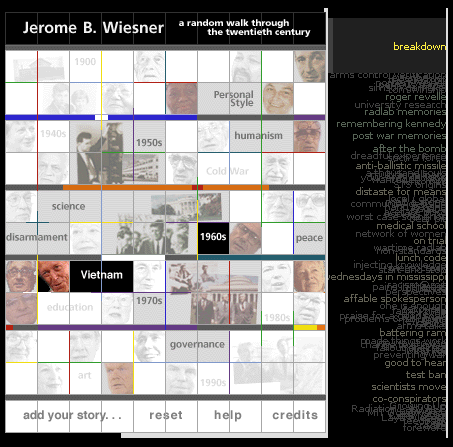 caption A random walk through the 20th century 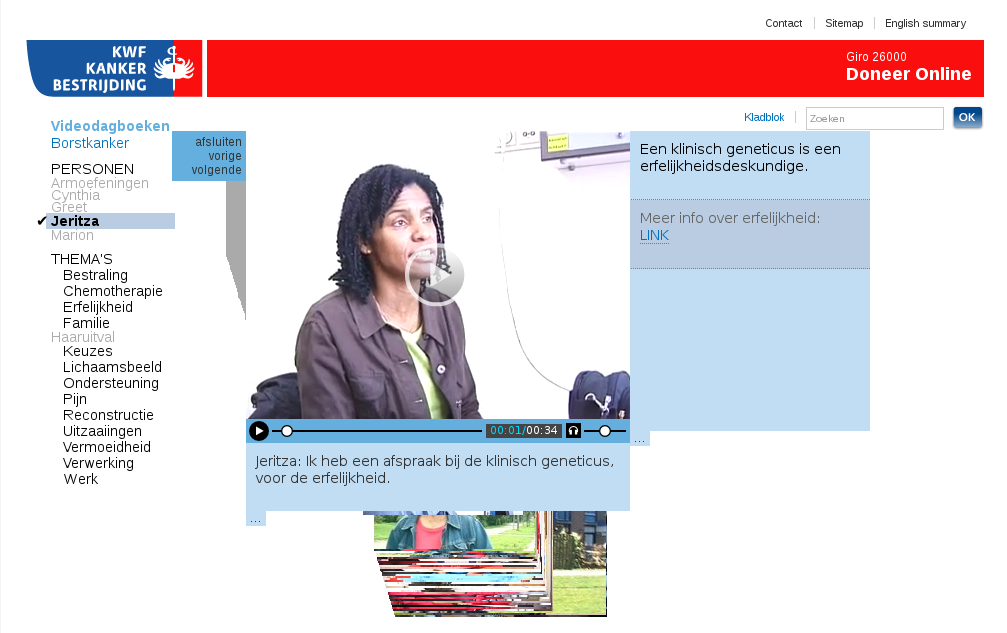 here, there, and other dislocations 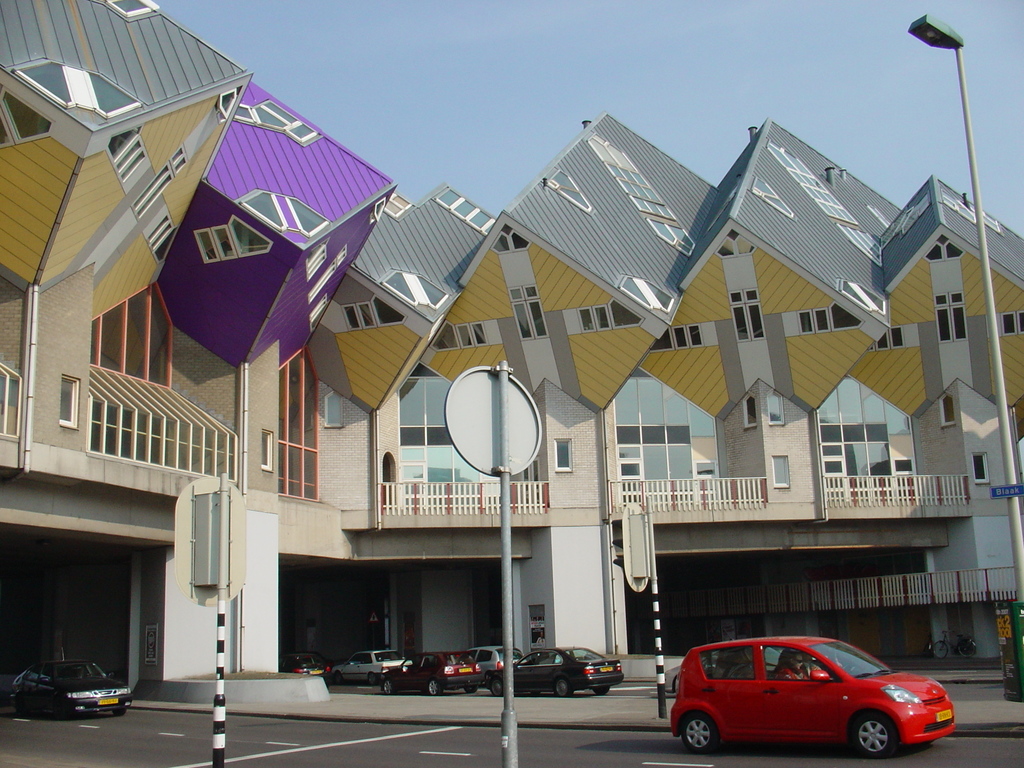 [... ] Software Studies proposes that software can be seen as an object of study and an area of practice for kinds of thinking and areas of work that have not historically “owned” software, or indeed often had much of use to say about it. Such areas include those that are currently concerned with culture and me- dia from the perspectives of politics, society, and systems of thought and aes- thetics or those that renew themselves via criticism, speculation, and precise attention to events and to matter among others. In a famous anecdote, com- puting pioneer Alan Kay is said to have said of the fi rst Macintosh that despite its limitations it was the first computer really worthy of criticism. By this, one imagines he means a computer that deserves a reciprocation of the richness of thought that went into it, with the care to pay attention to what it says and what it makes palpable or possible, and the commitment to extend such attention into its continuing development.

Interaction rips computation out of the clean room of the algorithm and thrusts it into the tainted and unpredictable space of dynamic and shared environment.

Interaction forces a rethinking of algorithmic approaches toward those that perform a kind of dance alternating between active computation and respon- sive strategies to a changing environment.

Embracing interaction requires the programmer or designer to break open the black boxes of algorithmic processes and acknowledge the incompleteness of what they create in the pursuit of experiences that are playful, insightful, and potentially surprising.

Sharing is the principal motivation to create an Active Archive. This means that we need to update our assumptions about the users of such an archive, the sources that are used and the circulation of its content. An Active Archive is not a black box with a Download button, it is information reconfigured. And it has to start now.

Do (not) repeat yourself

The DRY (Don’t Repeat Yourself) Principle states: Every piece of knowledge must have a single, unambiguous, authoritative representation within a system

It’s a battle of two really strong urges – OnceAndOnlyOnce vs avoiding PrematureGeneralization. Do I duplicate for now and try to live with the dupli- cation for a while, or violate YagNi (YouArentGonnaNeedIt) and come up with some half-cocked generalized solution? It’s a tough one, because almost all programmers hate duplication; it’s a sort of primordial programming urge.

Do (not) repeat yourself, in Fun and Software: Exploring Pleasure, Paradox and Pain in Computing, Olga Goriunova (editor)

People imagine that computer programming is logical, a process similar to the one of fixing a clock. Nothing could be further from the truth. Programming is more akin to an illness, a fever, an obsession. It is like riding a train and never being able to get off.

Programming is in fact a repetitive, tedious, and tiring physical activity, and one in which repetition is an inherent part of the process (like in playing an instrument, kneading dough to make bread, or sketching in charcoal). What appears to be a contradiction at the heart of free software is in fact a key aspect of its essence:

While the desire to reinvent ways of doing things may be driven by a desire to "get it right"; free software's strength is the very diversity of ways that are simultaneously investigated and supported. Attempting to "solve" the problem of this multiplicity (say via a centralized "app" store, or a singular "killer" platform or language) throws the proverbial baby with the bath water.

Software with an attitude

You're browsing a database with a program called Wiki Wiki Web. And the program has an attitude. The program wants everyone to be an author. So, the program slants in favor of authors at some inconvenience to readers.

Posted on the original "wiki", the Portand Pattern Repository; sadly the original seems to no longer be online; see here 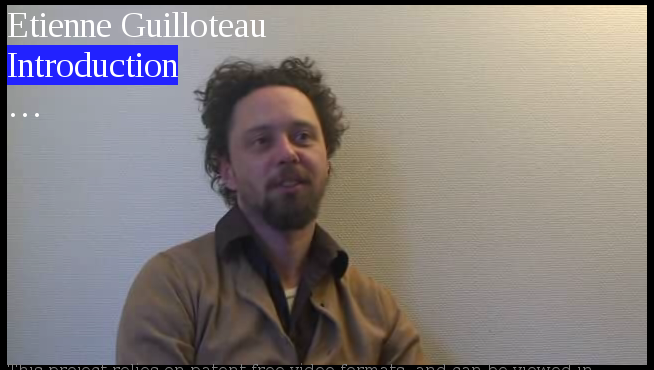 As work began on the project, it became immediately evident that Kurenniemi had documented his life, but not archived it in a traditional sense. Despite the lack of a consequent or single ordering however, multiple orderings of the material still existed. As work continued a number of core problematics became evident related to giving "direct access" to the digital materials of the archive: (1) Legality: how to address potential restrictions on its visibility due to questions of privacy, copyright, and a frequently intimate sexual nature; (2) Quantity: how to take on the vast amount and diversity of the material; (3) Fidelity; how whatever form of access given would then relate to Kurenniemi's ideal of an "artificial consciousness". In each case, the problems were embraced as central themes, and part of a unique opportunity to situate the work before the archive had fully formed, somewhat in the spirit of Kurenniemi's intention to archive for future use.

Archiving the Data-body: human and nonhuman agency in the documents of Kurenniemi 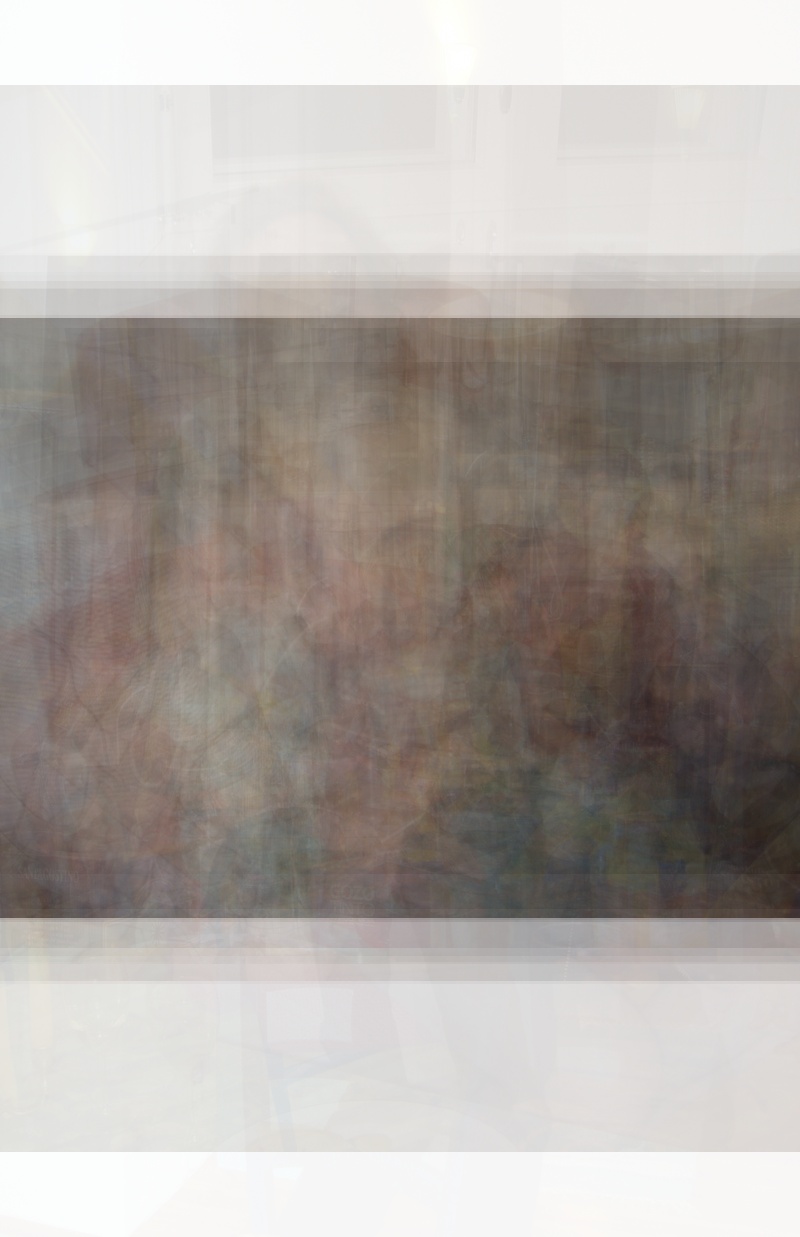 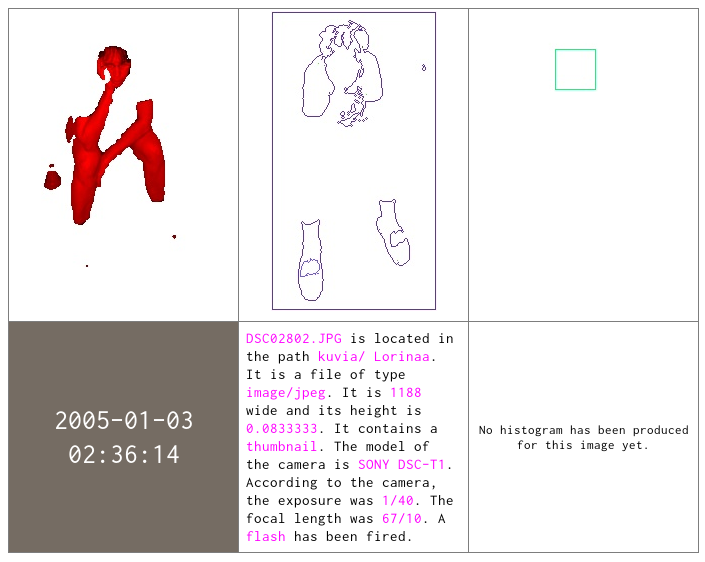 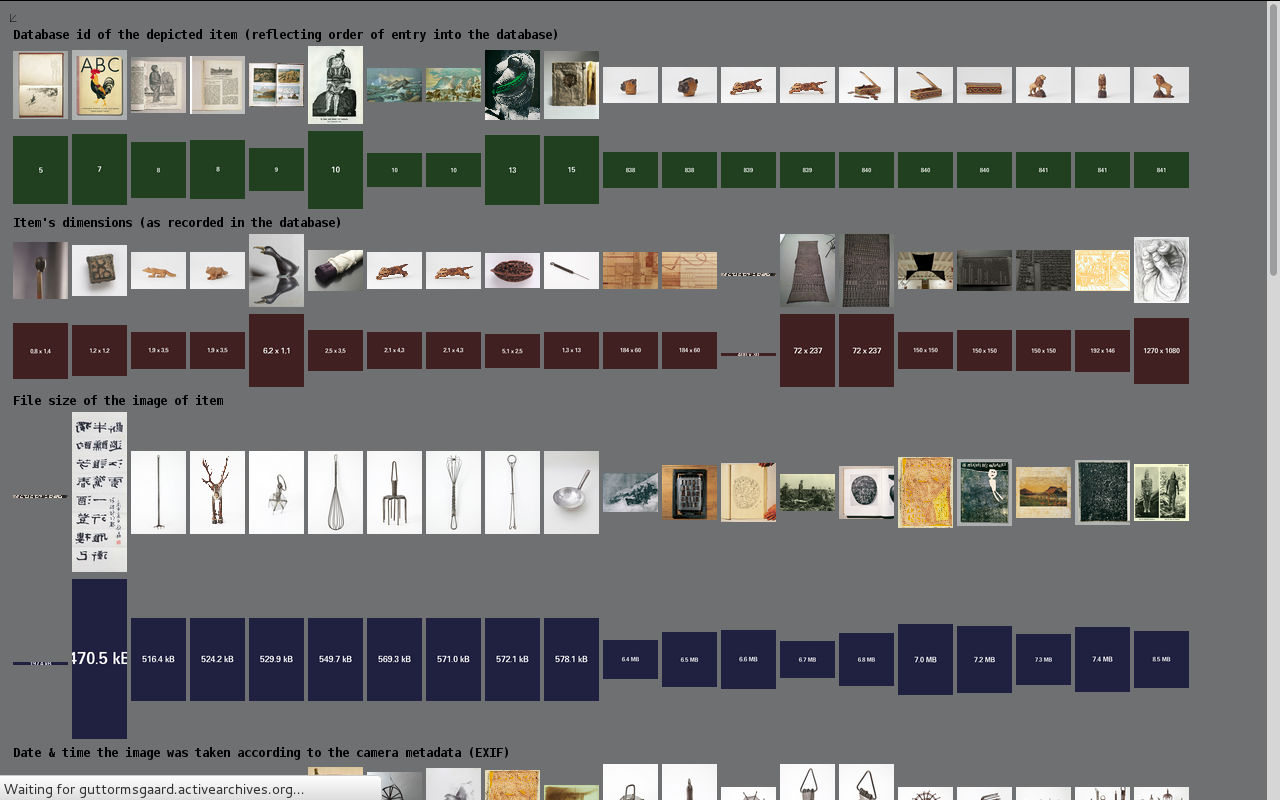 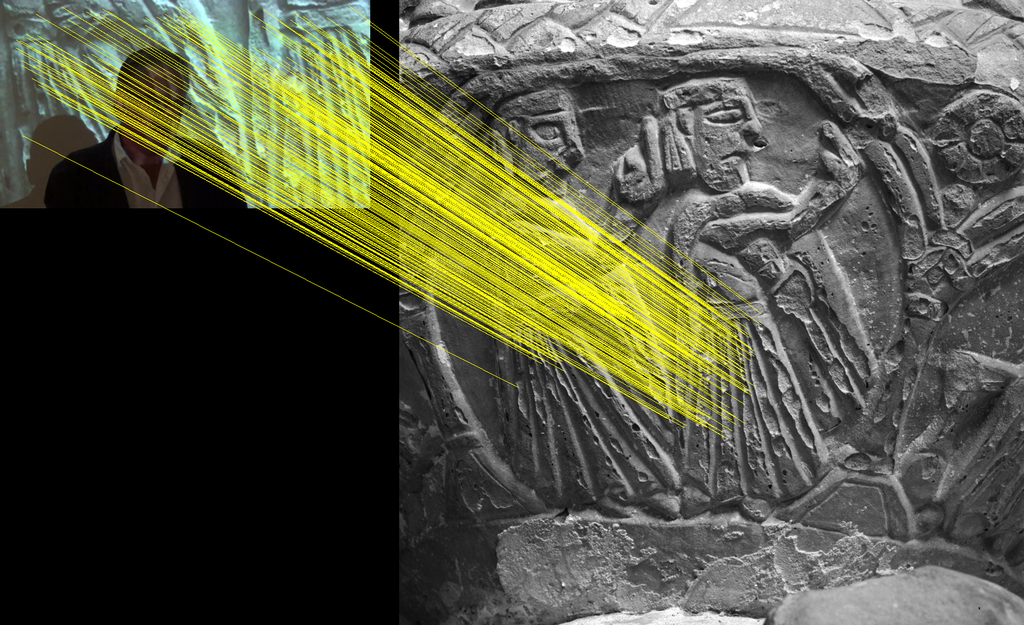 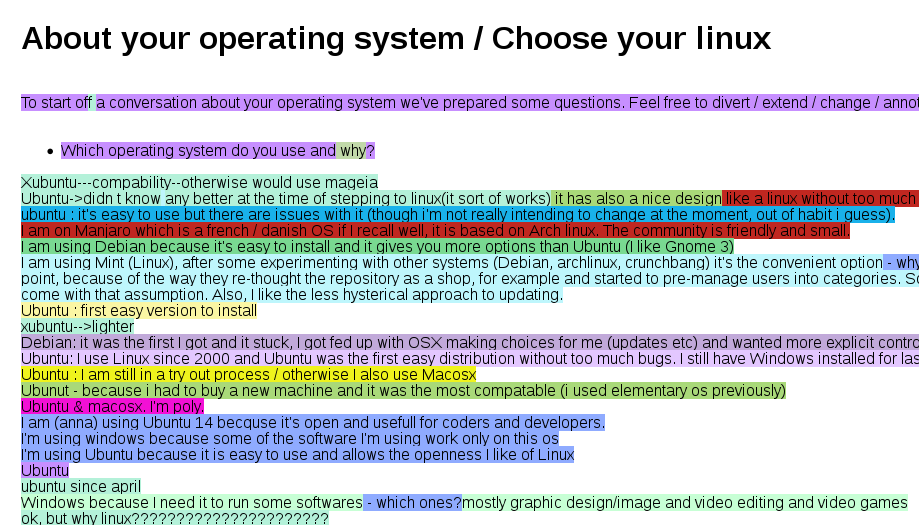