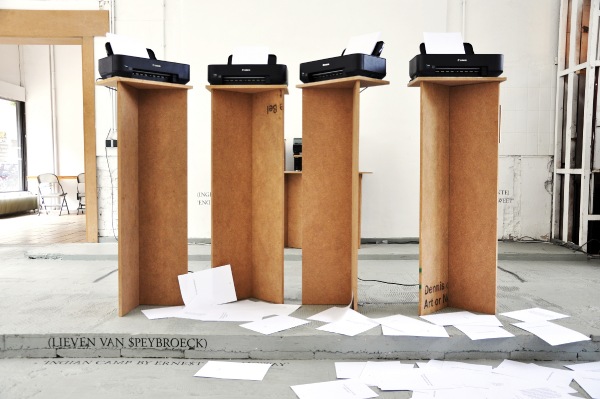 Indian Camp by Ernest Hemingway is an installation consisting of 4 synchronized inkjet printers that re-enacts‘ the eponymous short story. The story is about a trip to a so-called „Indian Camp“ by a medical doctor, his son, and his uncle, in order to help an indigenous woman to give birth to her child. During the process - a Caesarian incision has to be made in order to save the mother and her child - the husband commits suicide. Three printers represent the individual characters and perform (i.e. print) the dialogues between father, son, and uncle, while one takes on the role of the narrator. The story is thus not only ,spatialized‘ but also transformed and performed in ,real-time‘, as the print performance includes the time gaps contained in the original story. The installation 'performs' the story once per day, over a span of 4 hours.

In order to create pdf-files from a text-file (the story cut up as a movie script, with characters and timestamps) on the fly, I use a python script that fills in a template (made in Inkscape) with new content and a page number.

The next script is the 'publishing' part, using pdftk and inkscape commands.

This script allows me to generate new page files in a fast way, whenever the script would have changed.

Now the pages have been generated, the next goal is send off the right pages to the right printer on the right time. This is done by a python script that constantly checks time, matches it with the timestamps in the story.script file and if it finds a match, it sends it off to the printer assigned to that timestamp. First, I needed a dictionary that contains all the timestamps and their corresponding printers (or speakers). I use the same sourcefile, and most of the code I used for the publishing part is actually reusable:

Now it's just a matter of checking the time, matching it with the keys in the dictionary and sending of the files at the right time using basic LPR commands:

Thanks to Michael and Nataša for making these wonderful pictures: 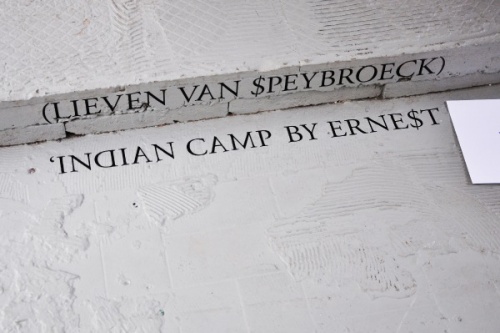 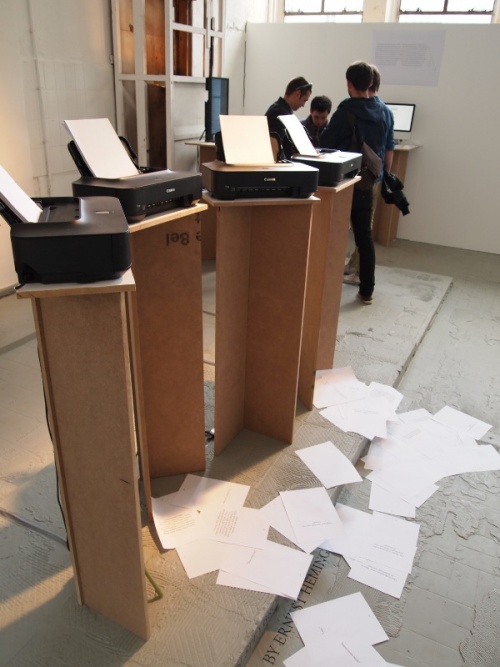 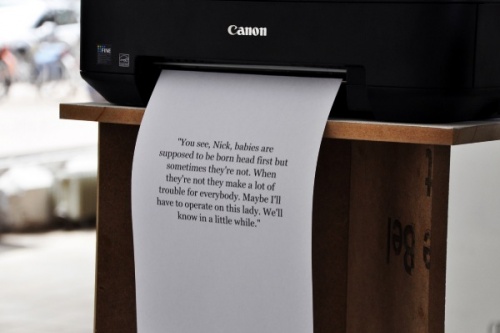 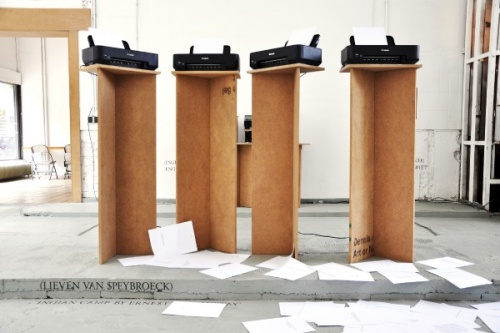