From Media Design: Networked & Lens-Based wiki
< User:Jules
Jump to navigation Jump to search
Putting the world into a grid

Following from my interest in GeoIP Databases, I thought it would be complementary to gather information on the Geographic Coordinates System.

The Geographic Coordinates System enables every location on Earth to be referred to through a set of numbers with letters. The numbers represent vertical and horizontal position (x/longitude, y/latitude). The elevation can also be taken into account (z/altitude). Establishing such a system requires overlaying the world with a grid.

The chronology unfolds this way according to wikipedians [1]

The creation of the first geographic coordinates system is attributed to Erastosthenes of Cyrene, who worked at the Library of Alexandria around 3BC. Erastosthenes wrote a book named Geography, where the discipline gets its name. He heard that on the longest day of the summer solstice, the midday sun shone to the bottom of a well in the town of Syene, which was about 800km far from Alexandria. He calculated the circumferance of Earth, assuming sunshine rays were parallels. The method was very precise with an error ratio of 3%. [2]

In 2BC, Hipparchus of Nicea improved the system by determining latitude from stellar measurements rather than solar altitude. Longitude was using simultaneous timing of lunar eclipses rather than dead reckoning. 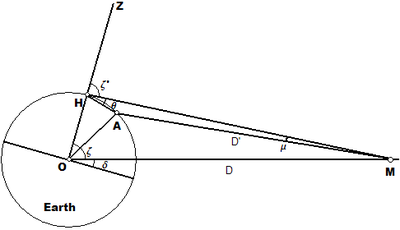 The first mathematically plotted world map was created by Marinus of Tyre around 1-2 A.D. Marinus thought that the Okeanos was separated into an eastern and a western part by the continents (Europe, Asia and Africa). He also assumed that the inhabited world stretched in latitude from Thule (Shetland) to Agisymba (Tropic of Capricorn) and in longitude from the Isles of the Blessed to Shera (China). Marinus also coined the term Antarctic, referring to the opposite of the Arctic Circle. His major contribution is that he first assigned to each place a proper latitude and longitude; he used a "Meridian of the Fortunate Isles” as the zero meridian.[3] By making the map, he invented the equirectangular projection. 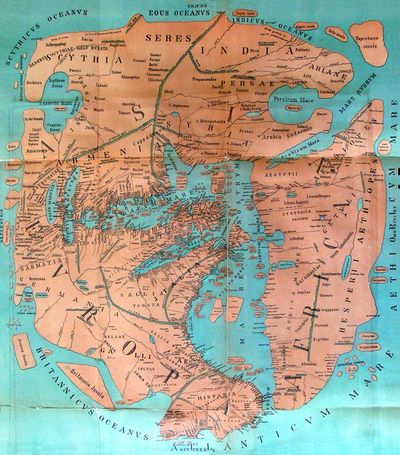 In 2 A.D, Ptolemy's Geography uses the same Prime meridian but measured the latitude from the equator instead.

In 9 A.D, these works got translated into Arabic. Al-Khwarizmi's Book of the description of the Earth corrected previous errors regarding length of Mediterranean sea. The Prime meridian was displaced 10 degrees east of Ptolemy's (Fortunate Islands).

Ptolemy's text which was translated in latin around 1406. 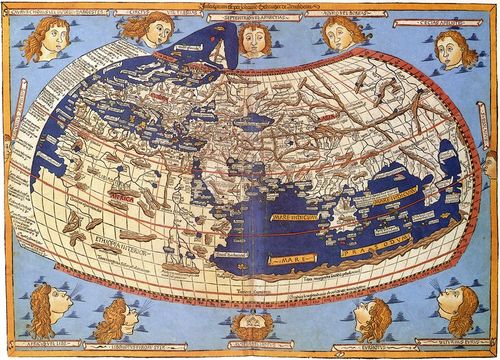 A printed map from the 15th century depicting Ptolemy's description of the Ecumene, (1482, Johannes Schnitzer, engraver)

In 1884 the USA hosted the International Meridian Conference with 25 nations. 22 accepted the adoption of the longitude of the Royal Observatory in Greenwich, England as Prime meridian. The Congress decided that it would be better to adopt a single prime meridian for all nations, in place of the multiplicity of initial existing meridians. The Dominican Republic voted against, France and Brazil abstained. France adopted Greenwich Mean Time instead of local determinations by the Paris Observatory in 1911.[4] 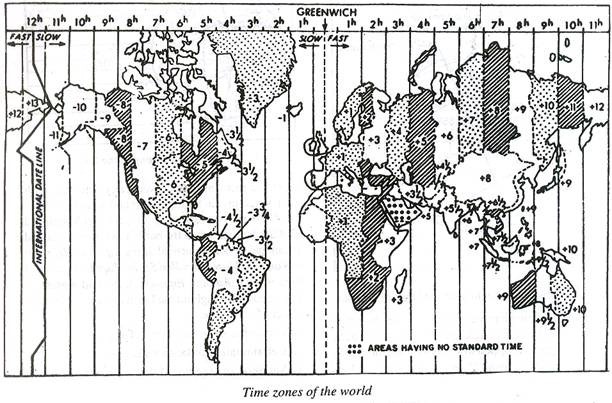 This chronology underlines the fact that the current state of mapping the world has been a very long enterprise. Also, a mapping can always be subject to reorganisation. The experience of travelling through Earth and discovering places has been reimplemented into the calculations, as the world got enlarged to the view of the prescriptors. Putting the world inside a grid and abstracting it into an idea always involves a ratio of potential errors, biased assumptions, a localised point of view,some political statements et caetera. The superposition of a system onto the world, necessitates a great level of abstraction, and, as a consequence provoked the development of mathematical branches such as trigonometry. Also, as one regulates space, a reglementation of time emerges symetrically. The grid that was established in the end functions as an invisible infrastructure, showing Britain's supremacy at the time, as everything is located in relation to the country.

The Earth has never been rounded

The problematic aspect of associating the world with mathematical rules is that it presumes regularity and constancy. When we look for pictures of the Earth, we constantly bump into images of a perfect spherical object. But as true as rectilinear lines or the metric system are manmade, the Earth as a perfect sphere, is a myth. Nevertheless, it is a necessity if one wants to establish a model for the calculation of distances.

The branch of mathematics dealing with the Earth's shape is called Geodesy. It can be divided into two areas : Higher Geodesy, concerned with the global shape of the Earth, and Practical Geodesy, applying to a local scale, concerned with certain areas. A third division is sometimes made, attached to the gravity field of Earth since its shape is the result of its rotation. This is named Physical Geodesy.

Because of the large topographic variations over the Earth's surface, it is impossible to establish a simple mathematical model to approximate the Earth's shape. Therefore, two reference models have been created: the Geoid and the ellipsoid. The Geoid aims to approximate the real shape of the Earth, while the ellipsoid is an idealized geometrical figure used as referencial frame for computations (geodecy, astronomy and geosciences).[5] Through time, these shapes have been recalculated.

The main purpose of the Geoid is to describe heights. The Ocean's water level is registered at the different costal places among a long period of time. The data gets averaged to flatten the variability over time. The result is called the mean sea level; it assumes that the water is only affected by gravity. Nations have mean sea level points, for instance, the Netherlands have the Amsterdam tide gauge (zero height). The altitudes of different places throughout the country are calculated in relation to this point. A levelling network is established to gather the data, using benchmarks. The positions of tidal gauges around the world have differing heights perhaps due to sea phenomenons. GPS systems are becoming more in use, as they enable centimetre precision. 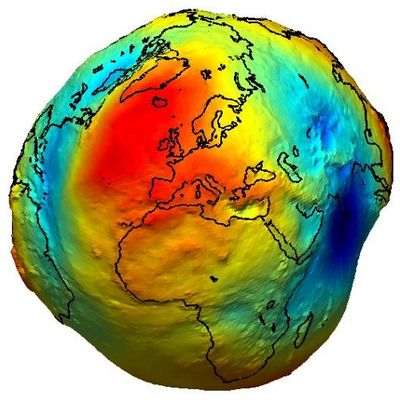 The Ellipsoid is used for the horizontal description of the Earth, enabling the mapping geographic coordinates. It consists in a simple ellipse projection on the minor axis. In certain cases, using a sphere rather than an Ellipsoid may be sufficient if high precision isn't necessarily needed.

Interestingly, there are many other “local” models used for different calculations (local ellipsoid and triangulation Networks for local horizontal data).[6]