"I feel like my transport should be an extension of my personality. And this is like my little window to the world... and every minute's a different show. I may not understand it. I may not even necessarily agree with it. But I'll tell you what I've accepted: just sort of glide along. You want to keep things on an even key, this is what I'm saying. You want to go with the flow. The sea refuses no river. The idea is to remain in a state of constant departure while always arriving. It saves on introductions and goodbyes. The ride does not require explanation - just occupants. That's where you guys come in. It's like you come onto this planet with a crayon box. Now you may get the 8 pack, you may get the 16 pack but it's all in what you do with the crayons - the colors - that you're given. Don't worry about coloring within the lines or coloring outside the lines - I say color outside the lines, you know what I mean? Color all over the page; don't box me in! We're in motion to the ocean. We are not land locked, I'll tell you that. "
Waking life, Richard Linklater, 2001

Those are extracts from an old collection scattered accross old Hard Drives etc...

I used to have a fascination for the idea that people (mainly gamers) would leave their bodies static in some space constituting an entry point to the Internet. Although this is a retro idea since computers are more compact and transportable than before.

In a way, it makes sense that, at the time, browsing the Internet was more "comparable" to driving a car (seat back, look at the screen, manoeuvre with your hands). People also transposed practices from cars. For instance, the personalisation of the external aspect of their "vehicle" so it would exhibit aspects of their personality.
I grew up in a time and place where these things mattered. Although I used to look at it with desdain and amusement, I now feel that these practices were sane. Firstly, because it forced people to examinate the object in order to modify it. Also, because it went against industrial design uniformisation. 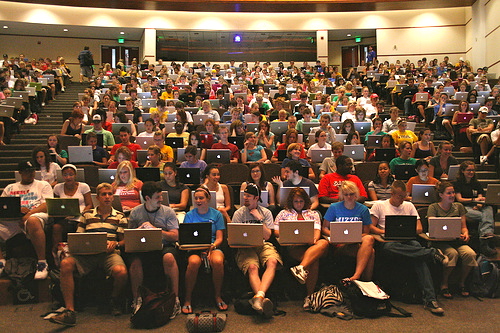 It was a great time, I love both car Tuning and computer Case Mod.