Nothing on Earth has fixed coordinates, because of the Earth's tectonic movement.
How does Google Maps, cars navigating systems and other mapping related services can help you find your way across the surface of the Earth?

A sizable infrastructure of geographers, geologists, and geodesists are dedicated to ensuring that maps are accurate. But they are always a step behind the restless landscape. Geologic activity can create significant errors in the maps on your screens.

Ken Hudnut, an earthquake researcher who works for the U.S Geological Survey says :
“you’re standing right in the middle of a road intersection with your GPS receiver and you get the coordinates for your position, you look at Google Earth, and instead of being located right at the middle of the road intersection, you’re off by some amount.”

Factors that can induce these errors are :
- Consumer GPS units can have several meters of position uncertainty (GPS hardware quality)
- maps and satellite images can be misaligned (georeferencing quality)


In 2008 a study showed that within Google Earth images in 31 cities had position errors ranging from 1 up to 50 meters.
It's easy to check it out. 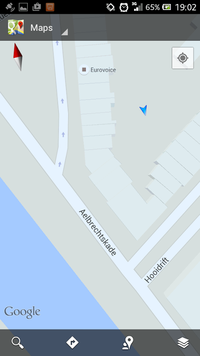 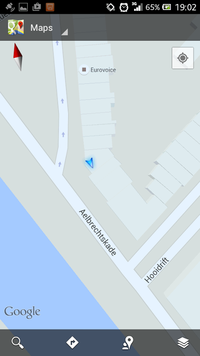 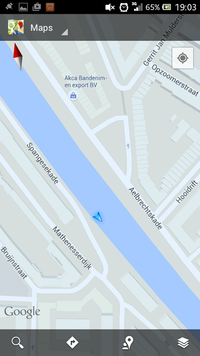 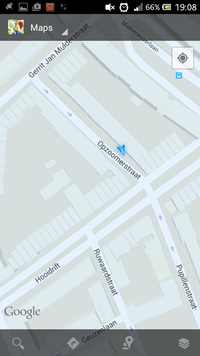 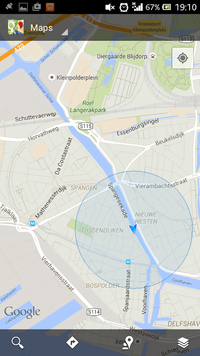 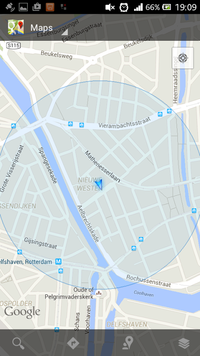 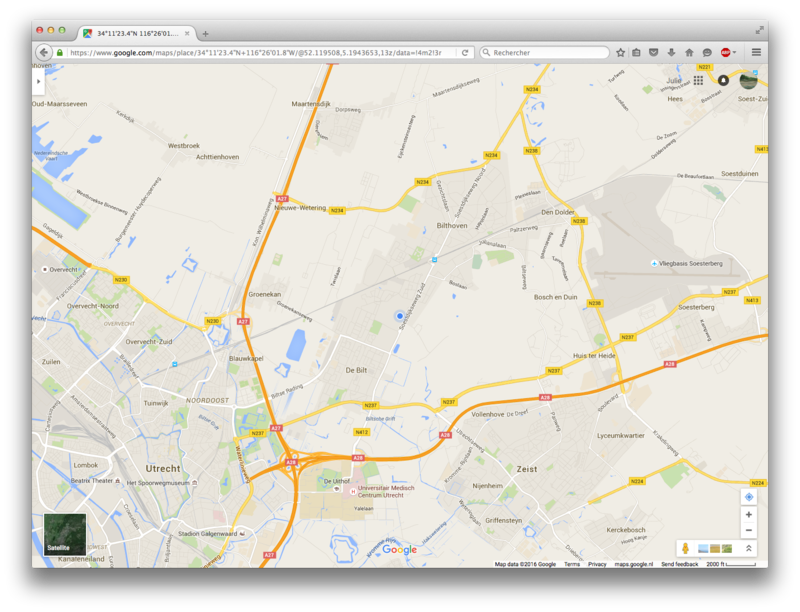 My bedroom is an impenetrable fortress...

“We’re fast approaching the day when people will expect accuracies of centimeters in real time out of their handheld devices and then we’ll see a lot of head scratching as things no longer line up,”
Dru Smith of the National Geodetic Survey in Silver Spring


Most misalignment problems are not related to actual geologic movements but rather because it's hard to align aerial image on the longitude/latitude grid. Images have to be aligned with reference points on the ground).


A fixed GPS stations Network has been maintained over the last tao centuries, from which originates all the survey markers present in the land.
http://geodesy.noaa.gov/CORS/


The process of ground truthing a map isn't perfect and the survey mark can have imprecise coordinates. These marks are very infrequently checked. But a community of people is checking them out and documenting them for fun:
http://www.geocaching.com/mark/


One other problem, is the coordinates grid itself. The U.S for instance uses two different datums. Most maps are based on NAD 83 from the NGS. Google Maps and GPS rely on WGS 84, which is maintained by a military agency, which has a much bigger budget than the National Geodedic Survey.
https://www.nga.mil/Pages/Default.aspx
http://www.washingtonpost.com/wp-srv/special/national/black-budget/


"The civilian one is optimized for surveying within North America; the military one sacrifices domestic precision for global coverage."


NGS introduced NAD 83 because the previous datum from 1927 was not very accurate anymore. The shift (up to 100 meters) reflected a more accurate model of the Earth's shape. The old datum can be encountered in maps. The first satellite navigation from the US navy in the 60s (not without misprecisions)


NGS and the military agency worked on the alignment of their respective datums, but since then they havce drifted apart again. So their is a mismatch between maps and GPS coordinates. The reason is plate tectonics.


WGS84 is tied to no plate. It is fixed to the Earth's interior. So to avoid thinking too much about each plate's movement they assume that if one moves, they all do and that all their rotational rates added up should be equal to zero.By not tying the coordinates to one plate all the positions and maps change over time.


The NAD83 is built on top of the North American plate. If the plate moves, all the datum is. Other world regions own their datums. Tying data to a plate enables ignoring large scale tectonic movement to a certain extent.


“Most surveyors and mapmakers would be happy to live in a world where the plates don’t move,” Smith explains. “We can’t fix that, but we can fix the datum so that the effect is not felt by the predominant number of users.… Generally speaking, a point in Kansas with a certain latitude and longitude this year had that exact same latitude and longitude 10 years ago or 10 years from now.… We try to make the planet non-dynamic.”


The NAD83 also hasn't updated with Earth's shape and size so the 0,0,0 coordinate is actually about 2 meters of the Earth's center.The u pdate is planed for 2022.


The North American latitude and longitude grid is very much out of sync with the world. (including South California) The Pacific plate moves a couple of inches northwest every year compared to the rest of the continent.


The California Spatial Reference center has a network to track station and update the coordinates of reference points in the state on a regular basis. (so NAD83 isn't that bad) But too frequent update would make things more complicated.


In the case of Earthquakes it's getting tricky :
“What the earthquake would do is the equivalent of what you do with a pair of scissors, if you cut diagonally across a map along a fault line and then slid one side of the map with respect to the other,”
Hudnut

At magnitude 7.3, the Landers earthquake was the largest earthquake to hit Southern California in 40 years.

GPS Networks can also see earthquakes in real time. This is a video made based on the Japanese Geospatial Information authority data of the 2011 Tohoko quake (the coast was moved by 4meters)

Maps are usually updated every 3 years but future maps may be updated at a rate close to real time because of GPS technology. That means it will become harder to distinguish the dynamic changes of the Earth's surface.