In his book Uncreative Writing, Kenneth Goldsmith explores where the lines between authorship and appropriation lie in the age of digital media. Day is one of his examples of uncreative writing: It is a poem featuring all text published in the New York Times of September 1, 2000. From op-ed to advertisement, everything is set in Times New Roman 12pt.

'I began retyping the day's New York Times, word for word, letter for letter, from the upper left-hand corner to the lower right-hand corner, page by page.

Programmatic Day is a small python script to create your own version of Day, based on the homepage of nytimes.com. After running the script you get a PDF with all text of the digital front page of today. You can download and run the script yourself on https://github.com/Jocavdh/programmatic_day 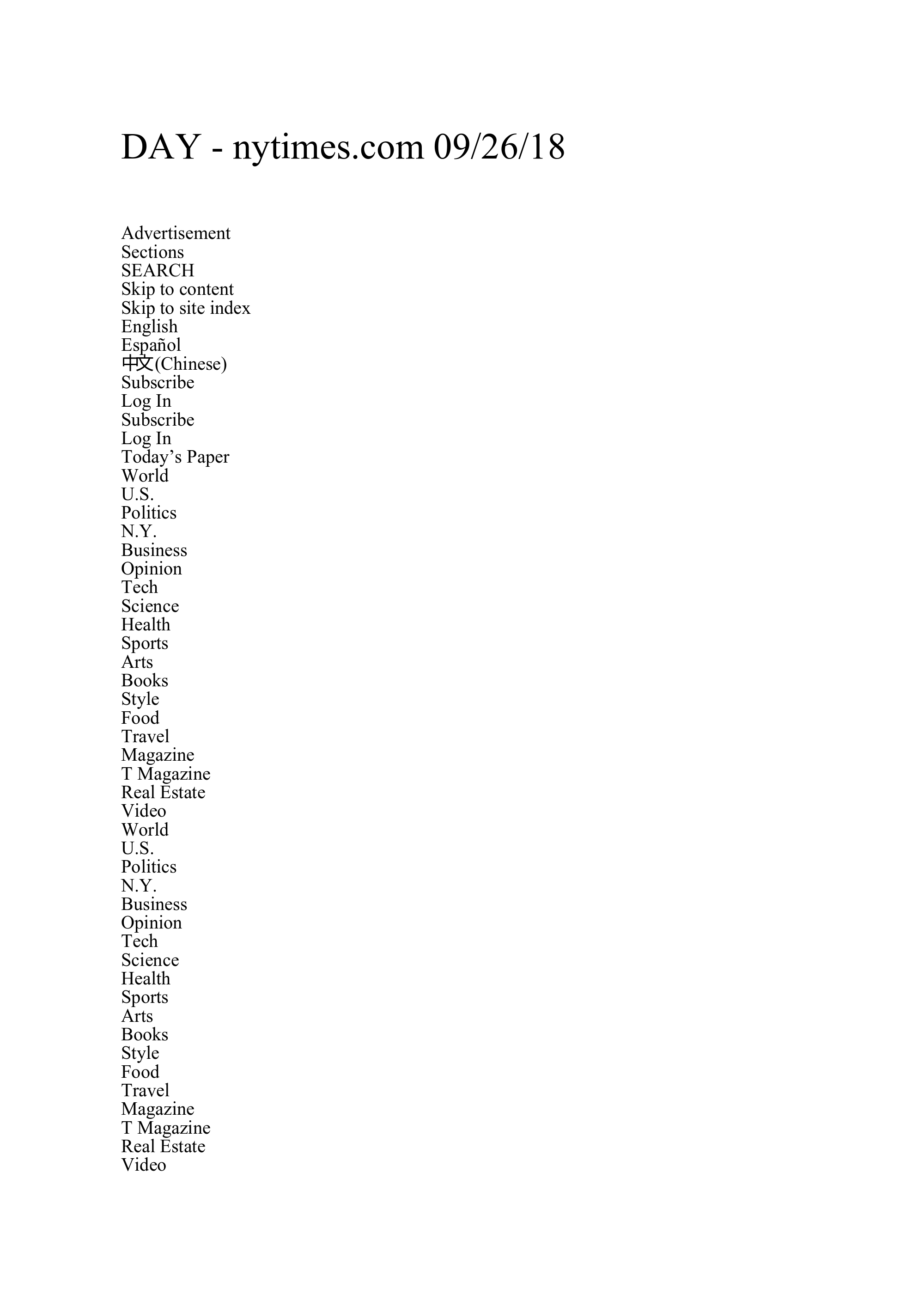 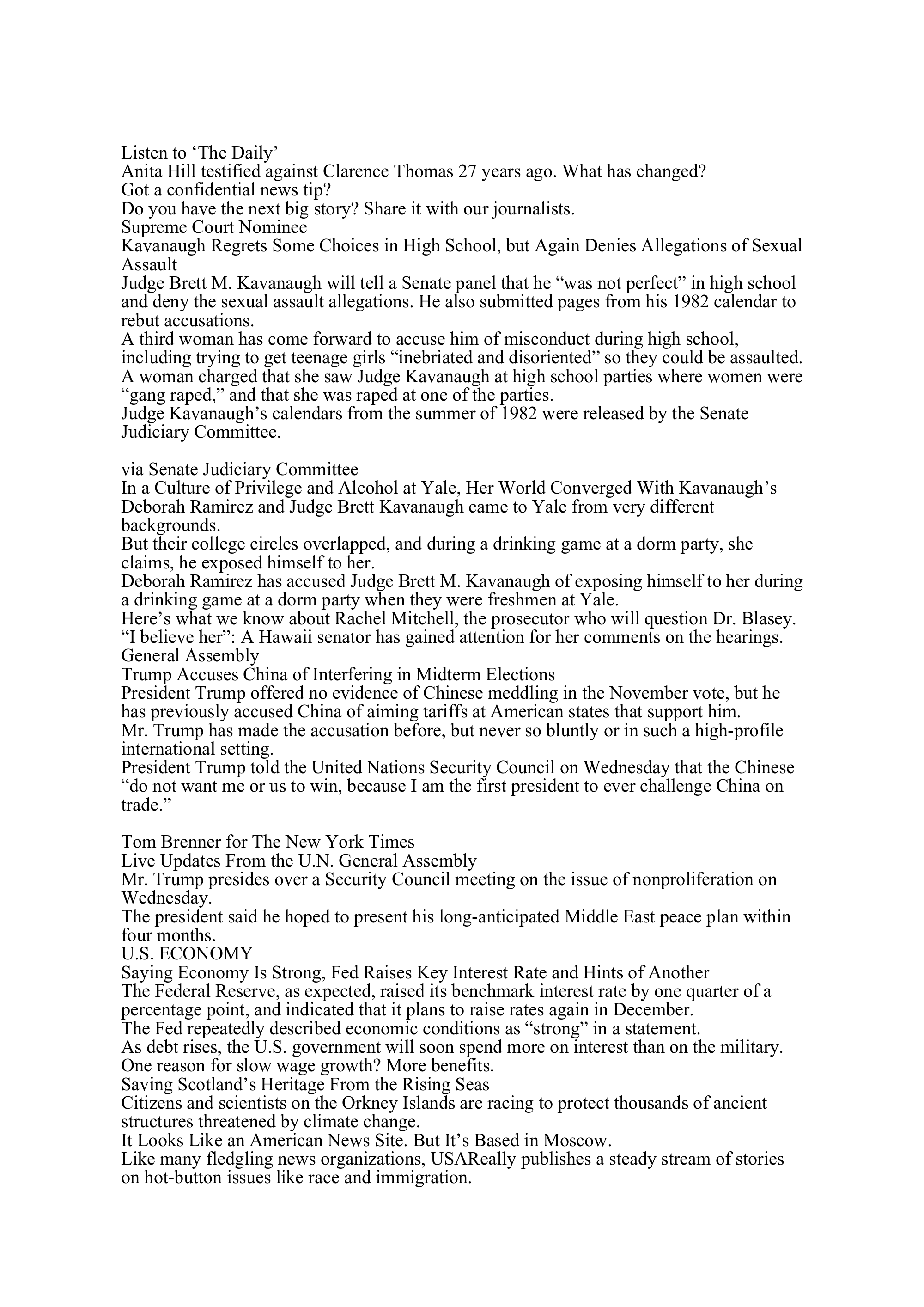 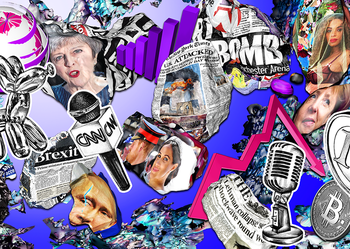 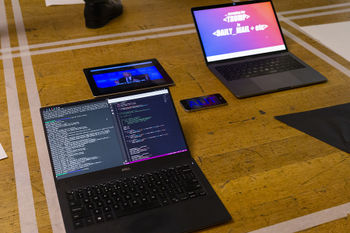 "During Breaking News, we search for this value: we invite designers, journalists, artists, illustrators, image makers, tech innovators, developers and researchers for a record attempt in storytelling. Together we celebrate the richness of our profession and will search for innovative forms of journalism. We combine artistic and journalistic forces to seek and shift the boundaries of storytelling."

I worked together with Martina Huynh, recent graduate at Man & Communication at the Design Academy Eindhoven. We had 2 hours to create a prototype to fill one square meter. During the process, we could get support from tutors.

We picked the topic show news. Show news and 'real' news are merging, for example with former reality star Donald Trump as the president of the United States, or Rihanna campaigning at the Dutch government to financially support education for girls in various countries in Africa.

The actors are now moving between gossip and news, and so are the ways to tell a story. The whole notion of human-interest journalism is something that started in shownews, and found its way across other fields.

Now it's time to take another way of storytelling to the rest of the news: real-life series.

During the workshop we collected the story of Trump. What is Kanye West planning with him, does Kim Kardashian support Ye, or is she in favour of Trump. And why is Lana Del Rey so angry?

A real-life soap, based on headings of the NYTimes, Dailymail, El Pais, de Volkskrant, NRC and the correspondent.

This way of storytelling can be applied to other topics. We imagine that you could follow a meeting of European leaders, by tuning in on the adventures of Angela Merkel, or how about the adventures of Elon Musk?

Live version of the work

As part of the Py.rate.chnic sessions Tash and I organized a workshop about scraping. In Scrape, rinse, repeat we told about the use of scraping for our graduation research, showed some examples of artistic work enabled by scraping and let people scrape and remix online content themselves. We made example scripts to scrape content using Python with the libraries HTML5Lib, and Selenium.

I worked mostly on the HTML5Lib variant of the scraping scripts, building upon the script I made for the ACED workshop.

The workshop went well, and the results were interesting and diverse. Creating the format, and preparing the workshop was quite a challenge: the Py.rate.chnic sessions are new and the programming skills in the group of participants are really varied. I am positive about the workshop, and some aspects went smoother than expected. For example: getting the example scripts to work on all computers. The assignment we gave to the participants was really open. Making that more specific, for example by scraping 1 website, could make the outcomes of more value to our research. On the other hand, because we are both quite at the beginning of our research, it made sense to keep the goal of the workshop general: introduce people to scraping, and the use of it for making new work.

As part of the scraping workshop I led with Joca, we analysed the interface, content and structures of printed newspapers. We looked at pages from the New York Times, the Daily Mail and the New European, and used our knowledge of element trees to deconstruct the paper's layout. I found it to be a playful way to explore the visual language of this kind of media. Some questions that came up: how important is aesthetics in the design of trust / authority? What could news media learn from the language of vernacular media, and vice versa? 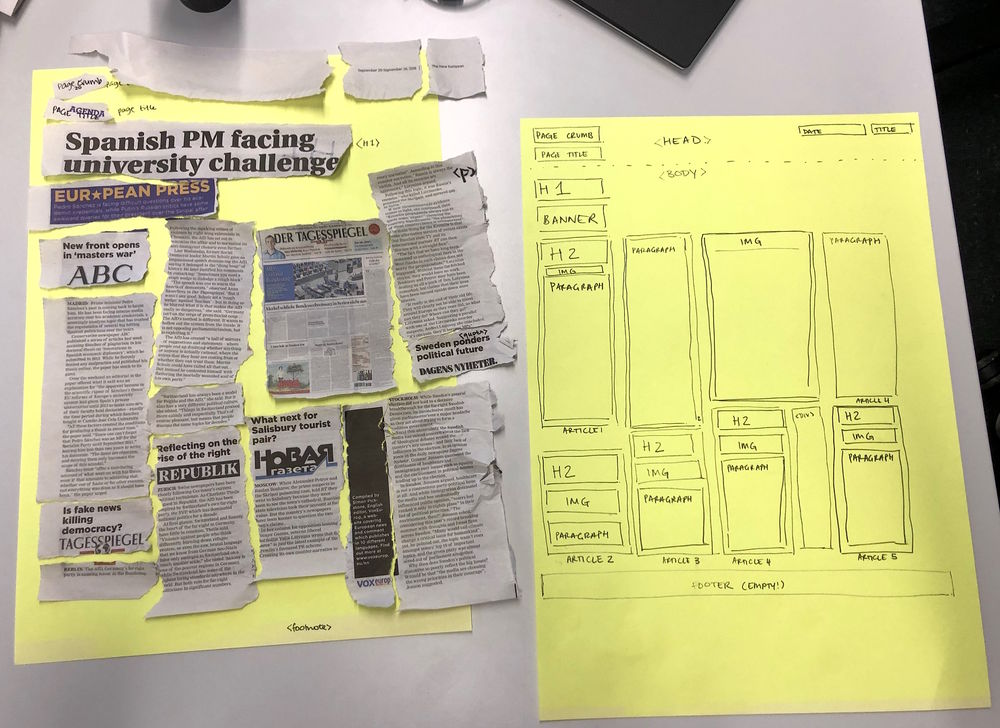 Building a conversational interface around a script

The prototype in the online simulator of Google Assistant

One of the directions I am exploring is the conversational interface. This type of interface is getting more ubiquitous since the introduction of devices like Amazon Alexa and Google Home (and their respective Digital Assistant services). To get an idea about what it takes to create an app for this kind of devices, I tried to make a voice interface for the scraping script that I used earlier in the workshop for the Py.rate.chnic sessions.

This prototype is a digital assistant that a user can talk to or chat with. The interface greets the user and asks for a keyword to look for on the front page of the New York Times. The result is then read out aloud by the computer voice. The prototype works on all devices that support the Google Assistant.

The backend of the prototype features two parts: One is running on Google's servers and features the Google Assistant platform and Dialogflow: a tool to create voice apps. You can use it to define trigger sentences, process the audio and connect it to external scripts using webhooks.

The second part is a Flask server I run on my own computer. Dialogflow is able to communicate with this server by tunneling the localhost to a publicly available url with the app ngrok.

With the library Flask-Assistant I was able to use the Flask app to communicate with Dialogflow to retrieve information, perform a certain action like running the scraper, and then send the information back.

You can read more about this set-up in the documentation of Flask-Assistant.

The interaction is now super simple and linear. So I want to look into ways to have a more irregular conversation structure, that is more reminiscent of a dialogue between two equals. Most examples of voice interfaces work from the idea that the system serves information to a user and nothing more.

Besides that, I want to look into alternatives for Google Assistant and Dialogflow to make in the end a system that can run mostly on its own. Interesting platforms for that are Mycroft and Jasper, open source projects to turn devices like a Raspberry Pi into a voice assistant. 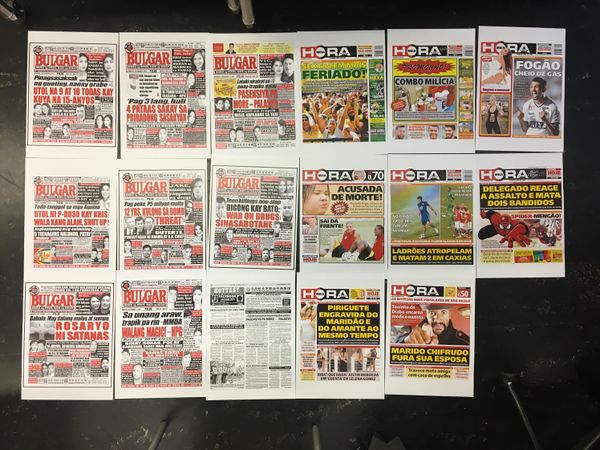