From Media Design: Networked & Lens-Based wiki
< User:Jacopo
Jump to navigation Jump to search
"Habitat is not just an opportunity to work together with other realities. Habitat tries to find a new way of doing it. Habitat makes the place alive through the practices of all its participants. It is a way to experiment new, hybrid practices and cultural communities, extremely necessary in our contemporaneity. For this reason, it's not just a matter of curating projects in Tredozio, Rocca, Portico and S. Benedetto, but a community of people who know each other, building bridges by sharing a place, imagining new forms of existence for our future. " 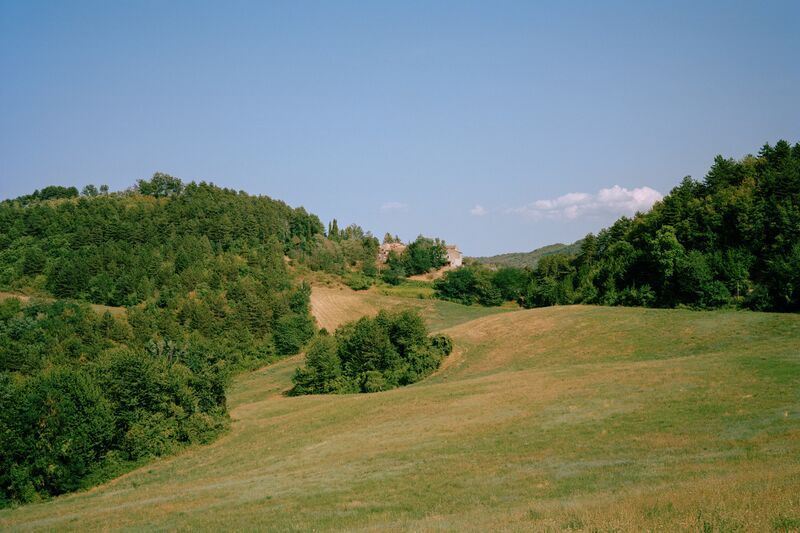 On a theoretical layer: How the publishing process, (as a means to unfold and re-tell the reality) could create new, cultural roots for social and micro-territorial developments? What kind of infrastructures a residency and collective workshop would need in order to facilitate the sharing of processes and knowledge? And how they could be used to re-think the future we live in? Could a constellation of smaller eco-systems be the way to decentralize political and monetary power, recalibrating our lives based on urgent and real needs? What could we learn from smaller realities such as rural villages in order to build new, modern and almost self-reliant communities?  How the circulation of knowledge, processes and results achieved during the residency could be turned into concrete actions which could help both the local community and the artists' development?  How the set of traditions and local heritage could be used as a set of tools for better understanding the present?

On a practical layer: How to amplify territorial-based narrations? How to approach local archives? And how to create new, vernacular imaginaries? A journey into the building up of a new, ultra-territorial community-based model aiming to re-create the ideal environments for a participative, cultural development - where participants become transmitters and amplifiers of the mediated reality.

I want to write this text to:

The first layer of the thesis is based on the research and documentation I processed from January 2021, when I started to outline Habitat as a project, going through the territorial specificities, other residency models and aligning the considerations with the growing tendency of moving back to the countryside. On a second layer, the analysis and organization of all the contents, processes and actions that took place in August 2021- in the occasion of the pilot edition of Habitat- will advance and structure new reflections and possibilities for a long-term based application.

In December 2020 I've been reached by the Vice-major of Tredozio, a village on the edges of Appennines between Emilia Romagna and Tuscany (Italy) - away from industrial flatlands and congested urban agglomerations, where the hills and the cultivated fields start to leave space in favour of (still) not urbanised lands and resilient eco-systems. The purpose of our meeting was to brainstorm ideas and possibilities for a cultural-rooted programme to start there. From that moment, I've been constantly busy thinking about a small-scale approach for publishing, which emerges from the local specificity trying to resonate with the actual ultra-territorial potential. This chapter will introduce the overall framework of my research, by locating it in a specific time and space condition.

The places we inhabit correspond to a specific stratification of social, cultural, economic and natural layers, which outline the ever-going process of building, destroying and modifying the space we live, translating it into different systems shaping our cities. According to Ugo La Pietra in "LIVING IN THE CITY", the commercial, the streams (viability, urbanism), the ludic, the cultural, the informative and the "decompression" one are the main systems that define our ways of living and related behaviours. I would refer to this structure to unfold the local context and analyze the actual, local conditions in which my project is going to be rooted.

✐ The potential relevance of Habitat in that specific context

Departing from the previous analysis, I'll bring some questions and reflections around the contextualization of my project within the local boundaries.

After understanding the context and starting to map out the different possibilities offered by this environment and the support of the three municipalities, my intention is to show up and describe the first edition of Habitat by providing an overall map of the participants, approaches, methodologies, interventions sites, projects and prototypes, emphasizing the process rather than the end result, "based on, or inspired by, human relations and their social context", also known as Relational Aesthetics.

> Affordance as a target. The aesthetic's not as a purpose.

The pilot edition already offered a wide range of opportunities to live, understand, create and publish within the small-scale reality. The process moves forward by collecting, analyzing, and then re-elaborating all the material that's been initiated during the first month of residency (August 2021). Several podcasts have been recorded and broadcasted, hundreds of pictures realized, while just a few video cameras have been documenting, some wood-cut sculptures yet inhabited our small village. The seeds for a long-term action have been planted, but the processes need to be narrated.

✐ Possibilities for a partecipative action

What was missing in the first edition, due to an often recurrent lack of time, was the active participation of the local community in the making. Apart from the workshops, in which the local community had the opportunity to take part as participants, most of the projects, prototypes and actions sprung spontaneously from the building up of relations between the residents and the accessibility-proximity of local resources. The local community has taken part of the publishing process only as a "spectator", creating a possible distance between the artists and themself. How the local community could be actively involved in the process of collecting, shaping and publishing knowledge, while aiming to restore a communal collective space of social, shared engagement? How to encourage horizontal, local circulations of knowledge (and why not, essential goods), while building bridges with the world?

This chapter is dedicated to the prototypes developed together with Federico Poni, which will serve the residency with a collective set of tools and infrastructures for a social, shared engagement.

Could the impact of different ultra-territorial publishing practices-departing from remote, small-scaled areas- become a bootstrappable model? A model that could be applied outside that specific local bubble; in order to create new, resilient forms of living that activate communities and advance awareness on urgent, global needs.

' drifting memories laying on the stones of present