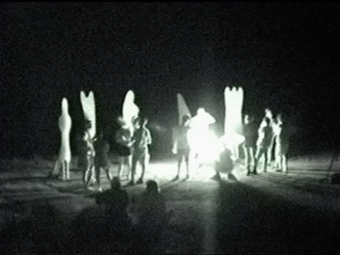 The Tramazzo and Montone Valleys 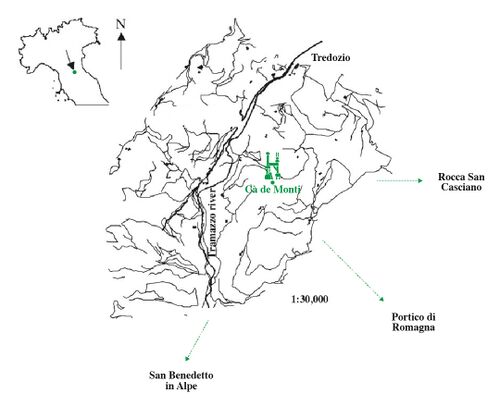 Between the valleys that accompany the hills towards the sea, sinuously descending from the Apennines between Romagna and Tuscany, stand the Tramazzo and the Montone valleys, furrowed by the corresponding streams. The territory, as much disputed as it is still, at times unchanged - despite being peripherally annexed to the Republic of Florence since the 1400s, has always been considered linguistically and culturally part of Romagna. The villages of Tredozio, Rocca San Casciano, Portico di Romagna and San Benedetto in Alpe are just some of the ancient settlements that dot the valleys: a border, transhumance and fallow land. A generous place, which over the centuries, in the mix of Romagna culture and Florentine political, cultural and artistic influences, still manifests tangible references in the architecture and the landscape itself. The legacy and traditions accumulated over centuries of history are still manifested in ancient forests, hermitages and abbeys, castles and noble palaces, along with other seductive examples of the mixture of human ingenuity and naturalistic heritage. Tredozio (334 m s.l.m.) is small village of 1.145 inhabitans*, situated in the solitary valley of Tramazzo, the northernmost area of the Parco Nazionale delle Foreste Casentinesi. Going beyond Monte Busca, the road descends towards the Montone valley, where we find Rocca S. Casciano (1.763 inhabitans*), Portico di Romagna and San Benedetto in Alpe (745 inhabitants*); Perched along the road which - making its way through the dense forests and rock walls carved by the Montone river, connects the two regions.

➝ What do you want to make?

As Habitat, I want to provide a set of tools, local infrastructures and physical spaces (in the form of a residency) in order to promote creative production within small scale environments such as rural and remote areas, to respond to their need for cultural revitalization; intending to resonate with their resilience, cultural heritage and local traditions as an important chance for understanding the present. This ultra-territorial community-based model aims to re-create the ideal environments for a participative, cultural development, working as a fluid container for people and knowledge that lends itself to some form of response or interaction and making the place alive through the practices of all its participants (temporary and stable residents + local community + networked bubbles). It is a way to experiment new, hybrid practices and cultural communities, extremely necessary in our contemporaneity. While braiding in the specific pre-existent and micro-territorial context, the residency prompts arguments and discussions around collectivism as inherently opposed to neo-liberalist consequences on a global scale. Collectively defining and addressing new possibilities for a local, cultural-based community means establishing new forms of relations between the individual and the environment, implementing tools and infrastructures that could be appropriate for the protection and promotion of the diversity of cultural development, creative expression and supporting the spring of new values in the specific territory.

"Living itself exists in forms that must be questioned, rearranged, mobilized, and undone."
N. Thompson, Living as a Form, 2012 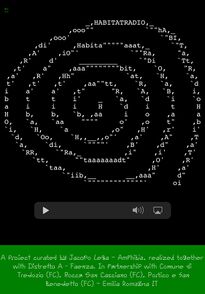 The actual Radio/Archive page, working as a collector for audio material

➝ How do you plan to make it?

I intend to bring different methodologies, local services and publishing practices into action. First, by working on the idea of archive, which inevitably brings the question of how to collect and archive material from the past, while sustaining the collecting process of what is being "produced" during the present. Maybe by "inventing new systems of image description and categorisation; inventing new interfaces to image collections; inventing new kinds of images which go beyond such familiar types as a still photograph or a digital video; approaching the new super-human scale of visual data available" to unfold e re-organize past, present, and future contents.

Then, will be necessary to layout a web platform as a bridge between the local dimension with the wider public. For instance, the online radio will work both for live broadcasting and as an archive for past podcasts and interviews centred on residents experiences and remote collaborators.

For these specified purposes, I will create (together with Federico Poni) the local system of infrastructures and tools, sometimes based on Raspberry Pi computers, which could be used to:

➝ What is your timetable?

➝ Why do you want to make it?

Artistic practice can no longer revolve around the construction of objects to be consumed by a passive bystander. Instead, there must be an an art of action, interfacing with reality, taking steps-however small-to repair the social bond.
N. Thompson, Living as a Form

A slow and inevitable process of depopulation is affecting internal areas and remote villages in Italy. Started with the Industrial boom in the 70s, it's related to the seek for better and apparently more stable working opportunities, which were provided by the major urban centres with their industrial capacity and development plans. The result is a huge, forgotten heritage that could be estimated to be more than 6000 ghost villages, just in Italy.

Now that we may advance some concerns or doubts about industrial progress and the consumeristic drifts brought by them, together with the re-evaluation of the spaces we inhabit and the natural resources we privatized, could it be the moment to re-think and re-imagine ways for living and working together? Maybe by thinking of the future as a constellation of small, almost self-sustainable communities, which could easily organize themself around urgent issues and real needs.

➝ Who can help you and how? 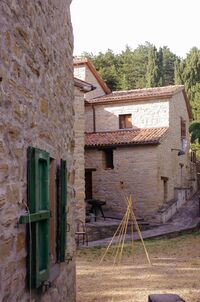 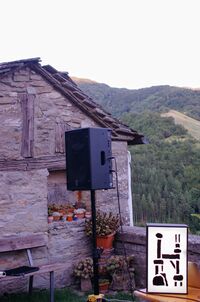 Picture from the public event in the San Benedetto Abbey, August 2021. 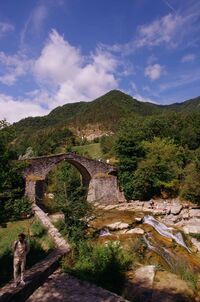 As an observer and things-maker, I've been always fascinated by focusing on the details. In this case, the detail takes the shape of a valley, seen from the global perspective. By acting from and for this small scale dimension, the aim becomes to explore and contribute to the multiple ways in which contents and environments in the publishing process could drive social and cultural alternatives. That for me means to take a step forward as a publisher, in the way I collect, organize and share prompted materials inside and outside the intervention area.

I see most of my previous practices potentially involved in the making of this project: Starting from the identity (which began from an aesthetic refusal), the contents from the curatorial perspective, organizing events in relation to a public which is ultra-local but also potentially global, structuring plans for social and artistic development. Habitat is giving me the possibility to really unfold what publishing means, moving from a printed matter approach to an enlarged view where the tools and infrastructure themself are becoming part of the design and thinking process. This project is working for me also as a life-experimentation playground, which gives me the possibility to think simultaneously to urgencies in terms of needs and possibilities for living, embracing the limits and conditions of specific places as topics to address. While doing that, I'm doing steps forward on the path I started last year: Raspberries and network building, hybrid publishing methods (Html-markdown-pdf), collective practices.

Thanks to the support of Fondazione Cassa dei Risparmi di Forlì, the first edition of Habitat re-activated a small village for the duration of 1 month. After this month, I realised that "this would be the place" where to begin a new, personal adventure as a human, designer and thinker. So I decided to put all my effort to keep this place open for one year, trying to start already the path that is going to follow me and then bridge the before-graduation life with the after-graduation possibilities for my future.

➝ Relation to a larger context

"The small scale intervention has become the basic unit of contemporary art."
Jeroen Boomgard – One Year In The Wild

"Habitat is not just an opportunity to work together with other realities. Habitat tries to find a new way of doing it. Habitat makes the place alive through the practices of all its participants. It is a way to experiment new, hybrid practices and cultural communities, extremely necessary in our contemporaneity. For this reason, it's not just a matter of curating projects in Tredozio, Rocca, Portico and S. Benedetto, but a community of people who know each other, building bridges by sharing a place, imagining new forms of existence for our future. " (Parasite2.0)

Habitat wants to reflect on shared, community and individual needs by promoting participatory practices for cultural development and emphasizing local and ultra-local collaboration. Away from big institutions and museums, Habitat re-activated an old village in the Appennines in order to build a mountain harbour, open to the world. Situating the research within the local boundaries, Habitat aims to be an engine for publishing as a range of cultural responses to current social and political conditions. Jacues Rancière in "The uses of Democracy" (1992) notes that the participation in what we normally refer to as democratic regimes is usually reduced to a question of filling up the spaces left empty by power. Genuine participation, he argues, is something different: the invention of an "unpredictable subject" who momentarily occupies the street, the factory or the museum rather than a fixed space of collocated participation whose counter-power is dependent on the dominant order.