I wanted to do this masters because I wanted to add more meaning to my work. I felt like that meaning was to be found at the “edges” of photography; how does time work and what does that mean for photography? I was very determent to further research that. I also wanted to do more with feminism, another Big Interest of mine. So the general vibe for me was to keep those two things in the back of my mind while working on projects and all that.

Other than keeping those two elements in the back of my mind while working, I feel like I kind of just dove in with the Eye Movie and with the research for Steve’s class. Looking back now I am starting to see the whole lose bunch of stuff that I’ve learned and done to form a more concise form.

For the Eye project I started with a personal memory, unpacked that and built from there.  For Steve’s class I wanted to research what a Feminist Time would look like. I started to consume and analyse media (also during IFFR) in which both time and feminism are important aspects of the story. I found that when it comes to the combination of time and feminism, memory seems to be a returning and important element. Unknowingly this has also been important for the start of my Eye movie. The How To Make A Film On Paper has been instrumental in understanding my practice. It has made me start thinking about narrative and how memory might function or move within that.

When the Corona virus hit us all I wanted to give myself an opportunity to still follow a class, outside of the online tutorials. I have been following an online class at Brown university called ‘The Ethics of Memory’, where we look at personal memory as well as collective memory with the works of Freud and Proust, and in which we consider ethical questions regarding the subjects. I feel like this research could give me a deeper understanding of memory, which I feel like is the next step in my process.

Up next I want to start a new project, starting again from a personal memory. I want to be more aware of my working proces when doing this (how), so that I can give memory a more meaningful function in my work and learn from that (why). I think I want it to be a (photo)book, but I’m not sure yet. I’m also interested in how memory is vague and reforms and deteriorates in the work of Proust, so it would be cool to find a way or to pick a medium that incorporates this element.

The following images are not part of the draft. I just needed a place to store them 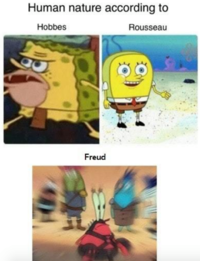