Pushing the Score is a project led by the cutting edge performance art, experimental music and visual arts production platform DE PLAYER, in Rotterdam. The research project is focused on graphic notation, and driven by a desire to update this form of music and sound notation for the 21st century. Starting from the motto ‘from Cage to JODI and beyond’ and from the avant-garde music and sound art of the 20th century, the project researches new audio-visual languages, media and functions of graphic notation in a contemporary context characterised by a fundamental transformation of sound culture and visual culture. A number of specific themes will be initiated, developed and presented in the context of a public research programme in collaboration with artists, designers and various cultural organisations such as the Piet Zwart Institute, the Witte de With Center for Contemporary Art, and Sonic Acts. 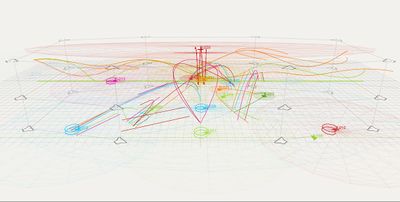 What are the possibilities of graphic scores, in a day and age in which graphic notation is still usually seen as a ‘drawing’ serving as some kind of sheet music? In an attempt to redefine this concept, DE PLAYER will be compiling a programme in which artists, musicians, theoreticians and practitioners are invited to participate. The collective goal is to develop and present new audio-visual and media-technical forms of graphic notation through artistic research and development. Based on the compilation of the most contemporary and innovative graphic notation practices in the fields of music, sound art, performance art, e-culture, new-media art, graphic design and media design, the research project will introduce artists and designers from various creative disciplines to a national and international audience, with the goal of collectively developing new forms of graphic notation.

The incentive for this project is the belief that graphic notation in 20th-century avant-garde music and sound art constitutes an important, still radically innovative but wrongfully marginalised form, which can play a key role in the development of new audio-visual languages and media. Our ambition, and that of our collaborating partners, is to emancipate graphic notation from the confines of the modernist tradition, in such a way that it may remain an innovative and provocative medium for decades to come.

In this project DE PLAYER will play conductor or will be 'conducting' by using a wide variety of examples. This is done through the understanding of the score and/or graphic score and the research for a definition thereof. Idea is that the participating student, by the drafting of rules/concepts, comes to something substantial which is to label like a score. Each medium is permitted herein. It also sought to improper use of the medium. Consequence of the score that arises is that it also has to be performed. In the end there are ultimately two works to be considered.

Identifiable information as reproduction, transformation, representation, physical, visual and acoustic mapping and script, cracking, bending, amongst others are important in the process. 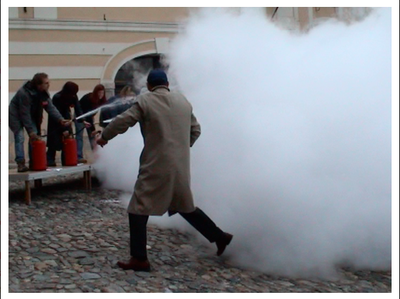 During this process should be examined whether and what limits should be placed to speak still of a score and what can in fact be a score. In this way, we hope to be able to generate new resources that can be used as applications for creating sound, object, graphic images, software, machine, and so on. The score as a factor that creates conditions to get started. Not as an end product but a tool that collectively can be used and serves as the basis for sound and performance.

Idea is that the drafting of rules is important to come to work in a studio situation or in the (semi) public space. By entering this data by, drafting these rules themselves to elevate to a work, and then through interpretation and actions of others to give it birth by performance, can be gained insight into one's own thinking and capabilities beyond regarding stategies and concepts for making works or settings in motion processes whose outcome can not be predicted on forehand. It actually is not so much the final product but the underlying structure. The idea of ​​autonomy (whatever that is) is under discussion.

As a contribution to Pushing the Score, XPUB will work on # nr. 3 of DE PLAYER'S TETRA GAMMA CIRCULAIRE (an unknown audiomagazine), which will be presented at the final event at 24 March 2017 and ready for distribution. 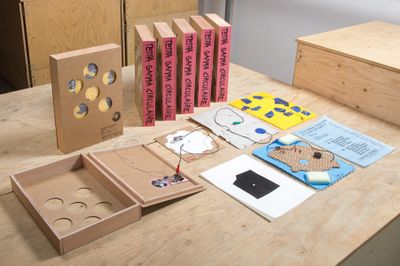 During the working period there will be several guest lectures, and two other public events planned; 20 January at DE PLAYER and from 9-12 February at ART Rotterdam (more details about guest lectures and the public event will be available in the wiki calendar and introduced once the trimester is started).