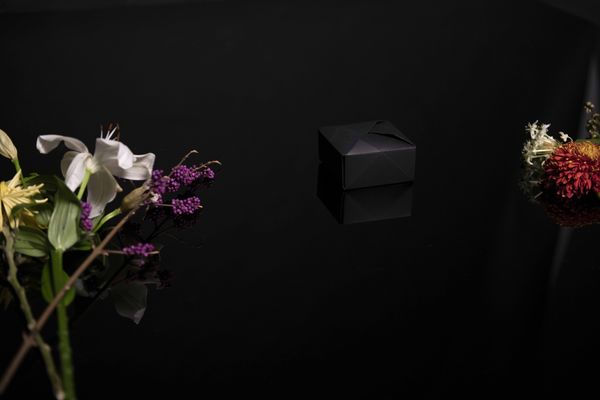 Fold is a book of the human moments surrounding loss, mourning, understanding and catharsis. It consists of twelve open-licensed photos selected from the myriad of images on Flickr. Each image rests in a square, collapsable origami module, with a palette associated with mourning rituals in certain cultures, including white, silver and earth. The photos follow a sequence, indicated by the book cover on the opposite side of each module. When assembled, the cover reads as one strip of folded sediments from a mountain, an image modified from a photo selected from Flickr as well. The book folds into a cuboid measuring 9 x 9 x 4.5cm and is placed in a container with credits of the image sources. 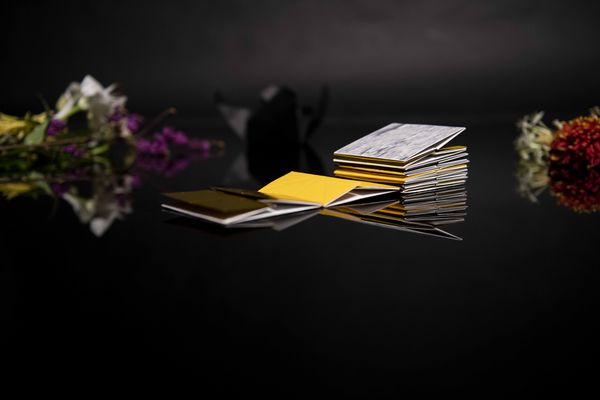 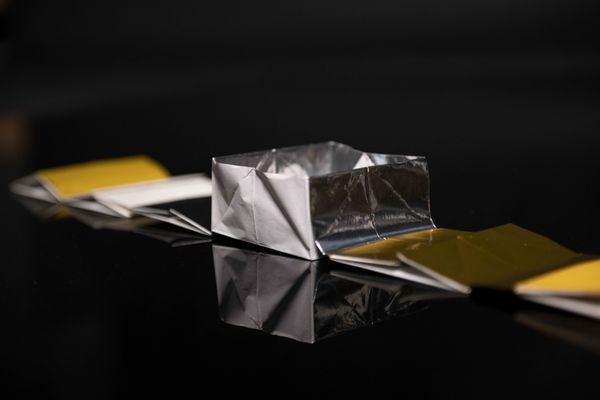 How can one respect a book through one's interactions with it? I started the book with this question, which led to my decision for a book structure that allowed the development of a ritual: through (un)folding, opening and closing. Experimenting with origami (Japanese) and zhezhi (Chinese), I arrived at the final configuration. The form gave substance to the subject I had in mind: human emotions, whether voluntarily expressed or deliberately hidden. Folding evoked concealment, denial and deception while unfolding: truth, awareness and reconciliation. I focused on the emotion of grief because of my strong personal association with it and the depth of empathy I believed it was capable of elicit. The search terms I used including sadness, death, sorrow. As I looked closely at the results on my screen, I found myself drawn to moments that revealed insight through what was unsaid (and which I regarded as cinematic). One image I encountered early in the process — of a man, holding a baby basket and looking back at the room his family was leaving, and captioned "Last Funeral, vol.2" spoke to me with its intimacy. It influenced my choices for other photos in the sequence. 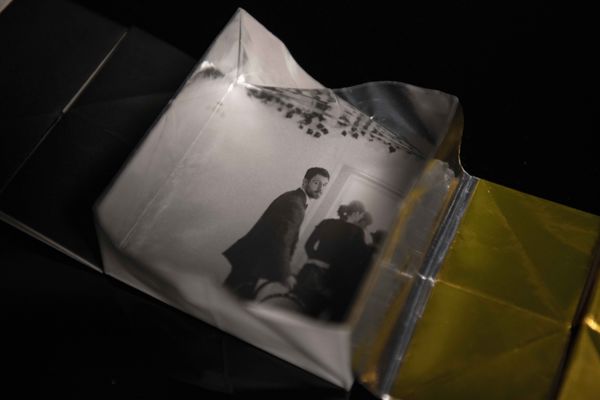 I envision the book to be a part of an installation-performance. A performer will come on the stage, open the container and unfold the book. She will then invite the audience in line to come up and read the book closely by themselves. Video that creates the sense of a mourning site will be projected in the space.

folding as an action -- ritual

folding as a form -- origami

encounters of the past (whatever that is) through internet... 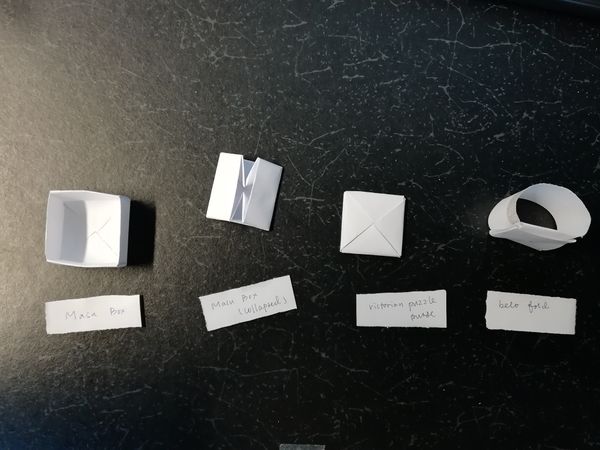 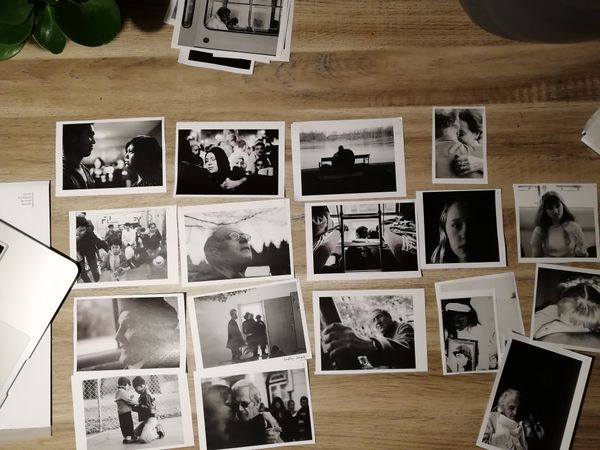 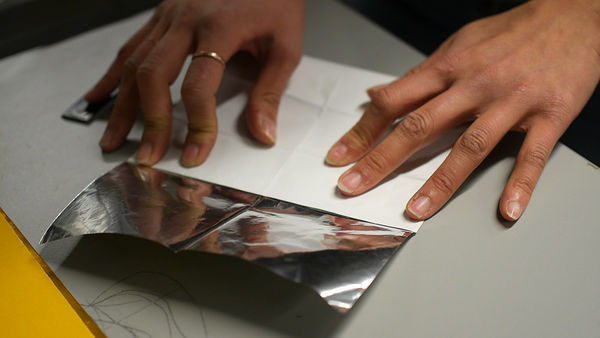