For this thematic project I worked with my fellow student Andreas.

The idea came to us very spontaneously while walking on the Erasmus Bridge in Rotterdam: we realised we were both fascinated by the facial expressions of the cyclists riding next to us and decided to take pictures of them and make a book! You can read about this book from Andreas' perspective here.

As a first step we went to the bridge with two cameras and took many photos. We tried a few different angles and decided it would be best to position ourselves in two different spots so to photograph as many different subjects as possible. We went shooting together three times (once in the afternoon and twice in the morning).

After brainstorming and consulting our tutors we printed out some ideas on what the book may look like. 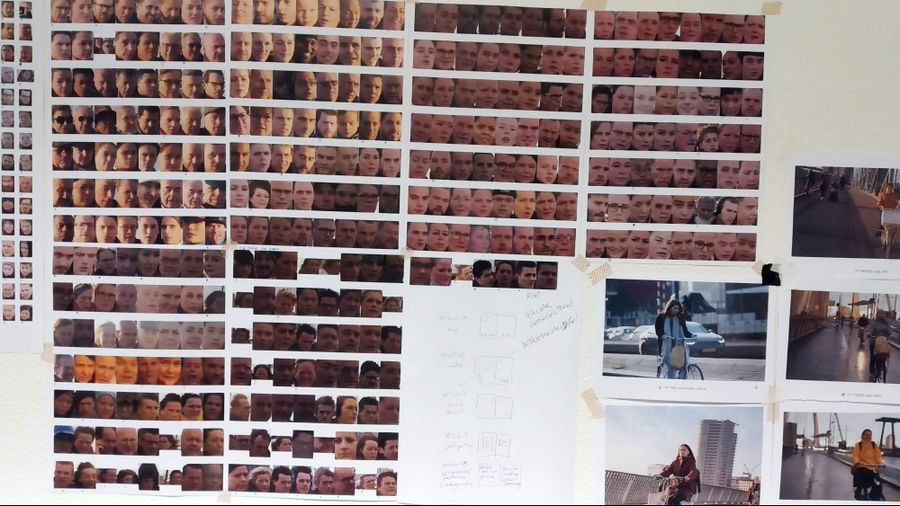 We jotted down many possibilities on how to categorise our photos and divide the book into sections. According to what the weather was like on the day of the shoot? Half book with cyclists going uphill and showing the exhaustion and the other half with people freely going downhill with no effort?

In the end we thought that what we found fascinating was the amount of pictures we had and the diversity of expressions of our subjects. Quantity and humour became subjects. The cropped faces of cyclists with no context have some hilarious and yet grotesque element. The same photograph showing the surroundings and the composition, had a much more aesthetic and poetic value. So quality also became a subject.

The result is a book where grids with wind beaten faces are paired up with full-page photographs. 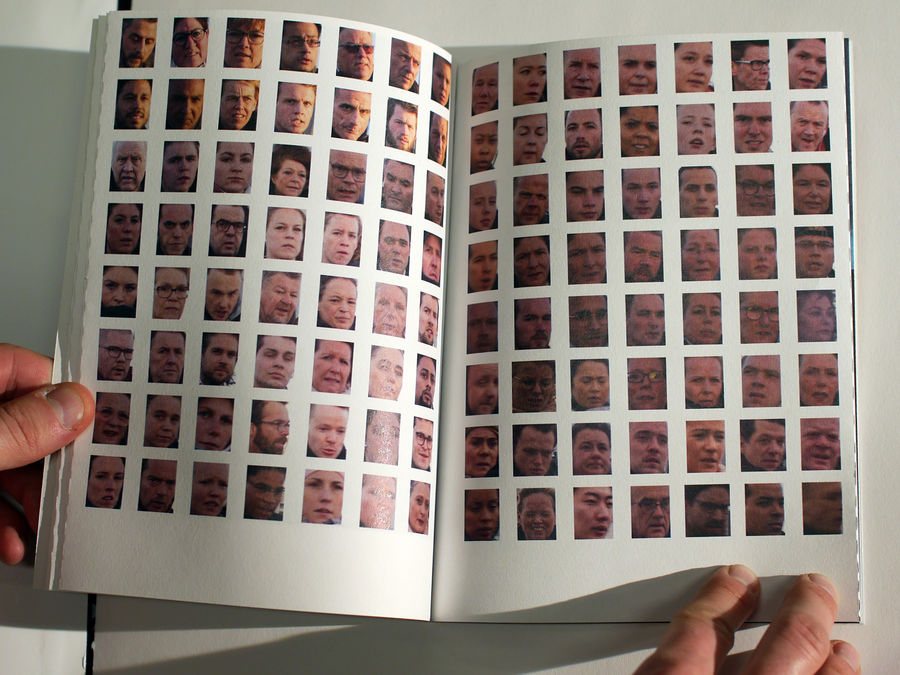 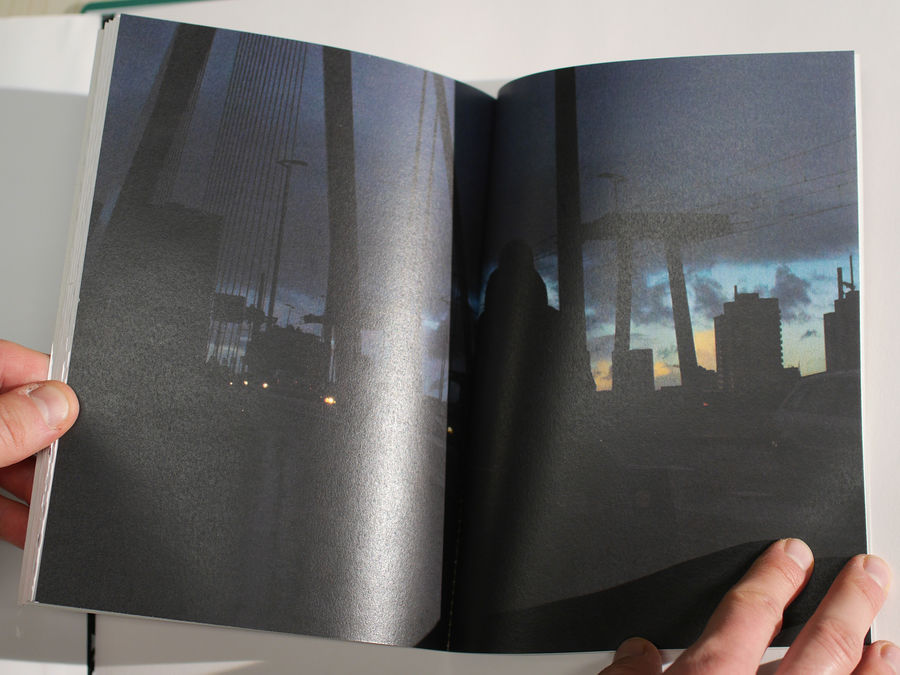 The cover suggests the playful spirit in which this book was created: 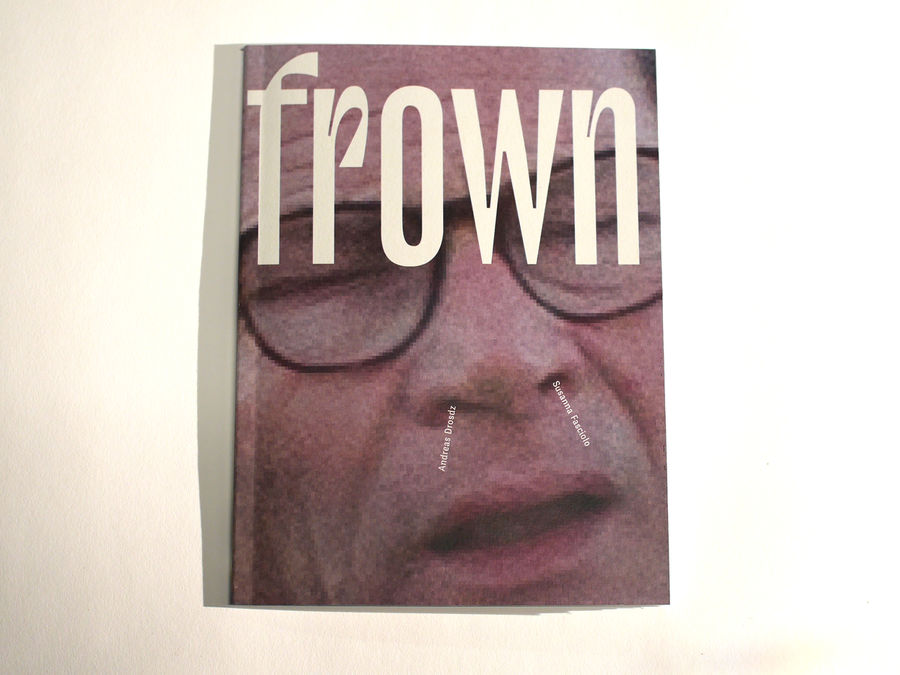 frawn also has an element of interaction and surprise. Some photos (those that reveal most information about the time and place) are placed in folded pages. Such pages are glue binded with the others and perforated on the side of the fold. The reader has to open the perforated side with a knife or a ruler. 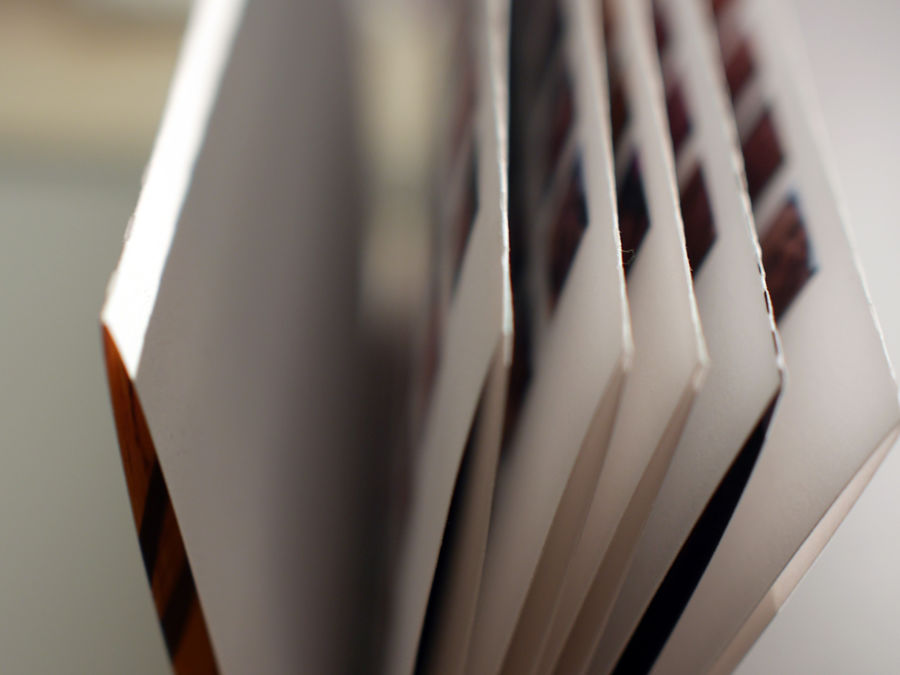 The foreword below is also in one of the hidden pages.

The purpose of the ride

A famous landmark for tourists and an everyday scenery for commuters. Over 11,000 cyclists cross it everyday.

Teenagers listening to music,
sitting on the scooter.
Elderly couples riding e-bikes.
Parents with children,
one on the front, one on the back.
Some people focused and aware,
some lost in thoughts.
Others are pedaling in exhaustion.
Anticipation, concentration, reflection,
frustration, meditation, joy,
exhaustion, relaxation, acceleration.

The Erasmus Bridge is the setting for this book. The photographers captured commuters riding from north to south, from south to north. 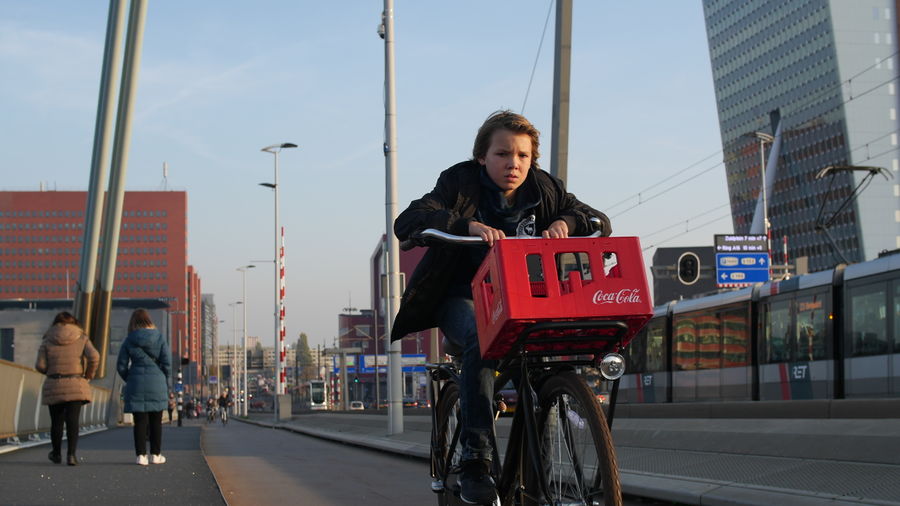