We sit there to wait for photons of light to hit our detector, and then we take that to the coffee lounge and talk about it. 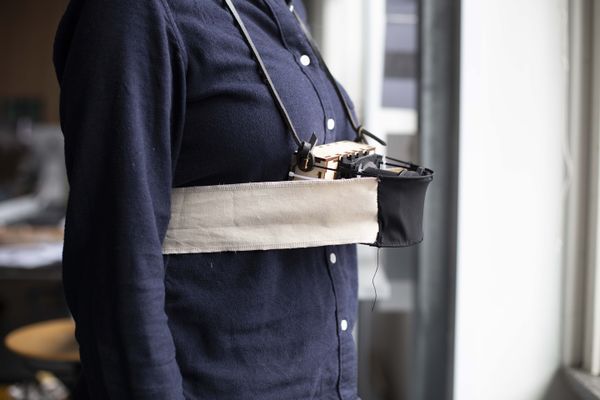 I attempted to make a camera that connected breathing to aperture. Since the diaphragm muscle contracts on inhalation and relaxes on exhalation, the camera was designed to be worn around the diaphragm and pick up the volume changes in the thoracic and abdominal cavity. 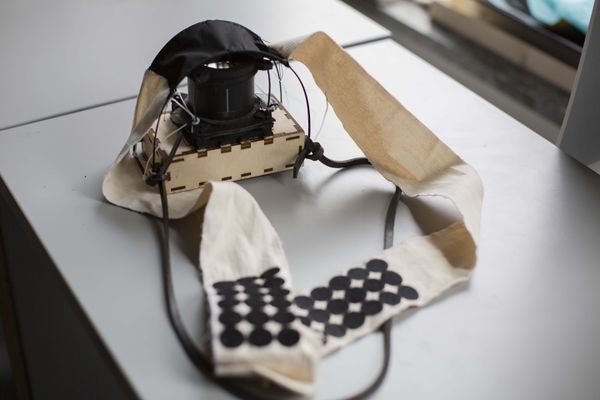 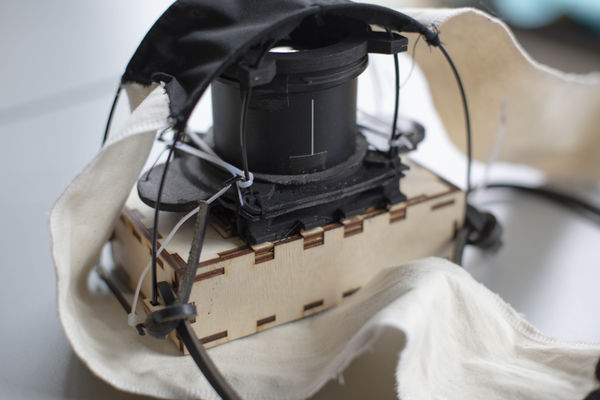 In the making, I built the camera body with the focal camera templates and added a rail system which held a piece of black stretchy fabric in front of the lens. The fabric was sewn to a canvas belt. I made the shutter system out of two pieces of ply wood between the lens and the camera body — along with thin layers of foam and rubber for light proofing — to be controlled by both hands. The lens was intentionally large in preparation for a semi-opaque aperture. I determined the focal length at about 2.5 meters, about 5-6 leisure footsteps taken in one breath.

I used the camera on Oct 15, 2018. Upon testing, I found out that the shutter that I assumed to be light-tight was not really. I added a lens-cap-like mechanism to simulate a more simplistic shutter. When taking an image, I would adjust the two-piece, original shutter to create an opening (which had now become a second aperture) and release the new, ad-hoc lens cap. I would then take a few deep breath, enough to move the fabric, and put the lens cap back on. 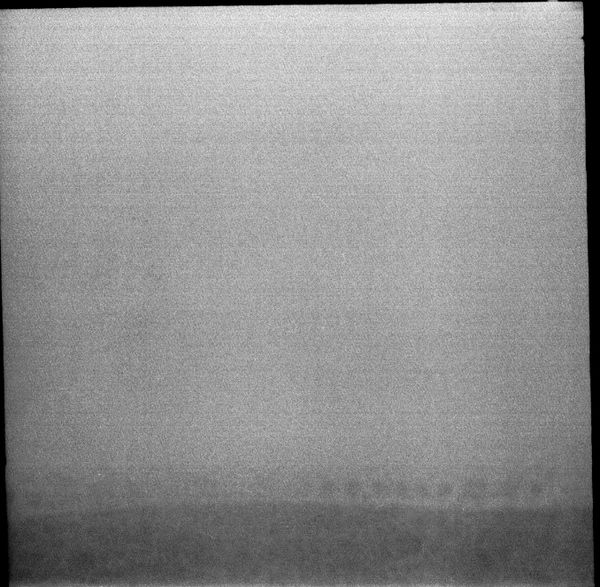 The scanned negatives showed largely textures, which I suspect were from the scanner as well as the wetting agent during the development process (unplanned). They did not hint at any recognizable shapes.

My fascination with tactility and unconventional forms of making photographs came as a rebel against what I had been used to. Before the Master's, I was taking pictures with my phone and, occasionally, a Canon 5D. I had learned about the basics of photography — regarding composition and colors — in middle school, and my first camera was a Fuji DSLR from my grandfather who had also taught me these things. I had become increasingly critical and uncomfortable about photos taken with digital devices because of the seemingly endless options of post-processing, revising and editing. Yet at the same time, I had never learned the mechanics of an optical device, and my discontentment of digital photography remained vague.

The project can be defined as in limbo or even, a failure, if the goal were to produce images that made sense aesthetically. However, to me, the possible forms (and ambiguities) of aperture and shutter, the connection of an image-making device to the body beyond just the eyes, and the meditative potentials image-making possesses have a more lasting and potent effect on my practice. 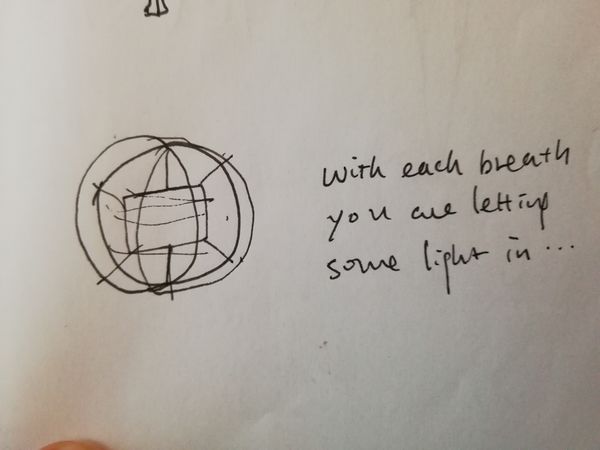 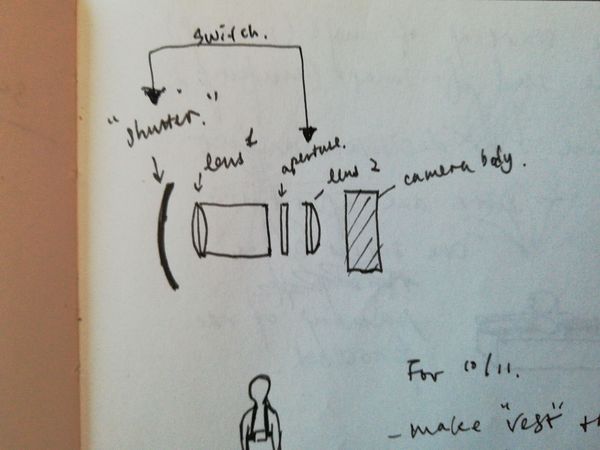 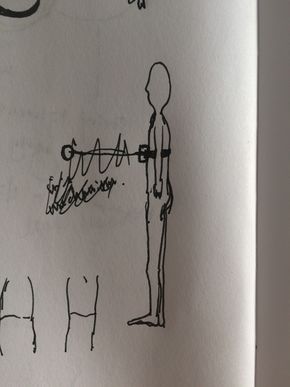 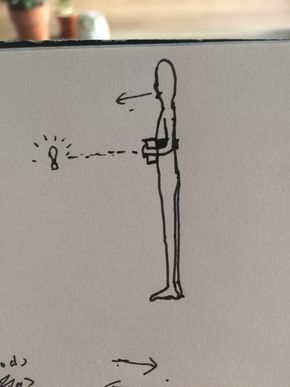