A libation also called spondee in Greek, is a ritual pouring of a drink or fluid as an offering to a god. It was common in the religions of antiquity, including Judaism and is still practised in Africa and some parts of the world. The fluid used in libations vary; most commonly it is water, wine or olive oil, and in India, ghee. The libation is very often poured on the ground as an offering to the Earth. This act enables communication to be brokered between the physical and meta-physical worlds. There are other names bearing roots to libation; for example Miki as called by practitioners of Shinto, AND challa as performed by some South American countries. Libation was also common place in Judaism and several instances refer to such. See an example in Genesis 35:14 and the image below which shows a collage of libation-rituals as practiced in Ghana. 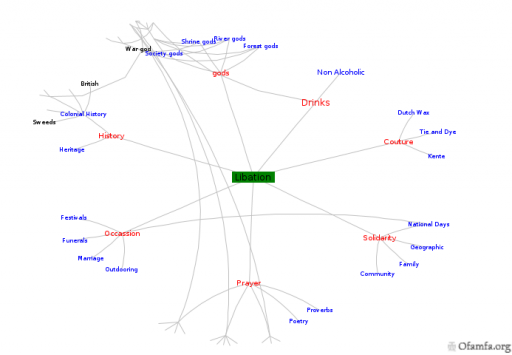