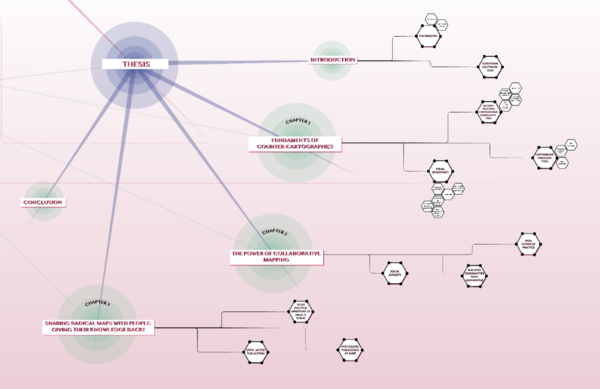 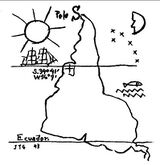 CARTOGRAPHIES OF INVISIBILITY: A reflection on the potential of maps and diagrams as socio political communication tools.

Cartographies have broadly been understood as an instrument of power and domination. They define the territory, draw its borders and resources and consolidate the power of economic blocks. Societies have been oppressed by maps converting them in victims of a representation that define where and how they have to live. Maps have frequently been related to technical and reliable knowledge, realities represented in cartographies are considered true, but the scientific objectivity of the maps should be questioned, as well as their intentions. They appear to be supposedly neutral to hide their real interests (Mesquita, 2016).

Maps have had a crucial role in the history of colonialism. They have been used to order and dominate the colonizers over the colonized. Furthermore, they are considered an institutionalised practice that implied legitimisation of territories. Indigenous communities developed their own cartographies to put themselves in the maps and to defend their lands and rights. More indigenous territory has been claimed by maps than by guns. (Nietschmann, 1995). These communities started to reverse maps representation visualising their resistance and claims. Indigenous cartography was an important inspiration tool for non-hegemonic worldviews and emancipatory practices.

This critical approach to cartographies, deconstructing traditional maps and diagrams have been explored by artist, architects, designers and activist in the post-colonial era. In 1943, “America Invertida” from Joaquin Torres, revindicated under the slogan “The south is our north”, the intention of challenging the conventionalism in map-making. Since then, alternative cartographies have been a huge area of exploration as socio-political communication tools for artist like Öyvind Fahlström who represented geopolitical tensions of the Cold War and changes of capitalism or Mark Lombardi who visualised global political and economic networks. In the ’80s Nancy Peluso introduced a specific terminology for mapping resistance: “Counter-cartographies” to explore how maps could be used by communities to represent themselves and stake claims to resources.

When internet globalization exploded worldwide a new range of possibilities opened up with digital communication, which has played an essential role in the development of counter cartographies and the process of collaborative making, collection of data and representation. The Internet has also generated new formats of online claims like data activism (Dataviz activism - Market café magazine) or Hashtag protests (#Metoo). This digital era also brings abundant tools that allow map-making more accessible to people and give more possibilities for cartographic representation. Nevertheless, digital tools also imply restriction of representation when working with visual and graphic language like algorithm oppression (Ramón Amaro), western supremacy in digital representation and default hierarchical structures in visual diagramming. Therefore, we need to have a critical approach when creating a visual representation in the digital era.

Precisely because maps are powerful tools to communicate, It is necessary to keep questioning and reinterpreting them to make sure they are still useful, and always rethink which one is the best representation for societies. Radical cartographies are necessary tools to fill information gaps and to put vulnerable communities in maps and data sets. There is a need for developing “science with people” rather than for people, specially in those fields characterised by “ irreducible uncertainties and ethical complexities ( Funtowicz & Ravetz 1994).

Diagrams, cartographies and maps can be transformed into socio-political communication tools which empower communities and give visibility to their common interests, rendering invisible realities and making the reader raise awareness about social crisis. This mechanism challenge the traditional cartographic storytelling, representing inconvenient stories that question the status quo. Counter-cartographies became crowdsourced design instruments that spread knowledge through alternative map-making processes.

CHAPTER 1: ANATOMY OF COUNTER CARTOGRAPHIES: Elements, protocols and communicative strategies behind them. [2000 words]

CHAPTER 2: THE POWER OF COLLABORATIVE MAPPING: Crowdsourcing practices as a mechanism to build democratic cartographies. [2000 words]

Summarize the main points.
Make a strong/ memorable final statement: For centuries cartographies had been defined by state and domination but this system can be reversed. Thanks to technology and collaborative tools this process is currently accessible to many more people and practised to fight for the defence of people's rights.