During the past nine months I have been experimenting in different fields, using different approaches and tools. My way of work is observing, collecting and reusing the collected material trough a personal way of encoding it and then decoding it again ( an example would be the Street Compositions project). In the same framework, during the following months I would like to work on a project that deals with collecting sound. I want to investigate the possibility of collecting voices in a fragmented way, and then experiment with analyzing and reusing it. My interest in such a research arises from the idea of initiating a chain of audio messages, left by people in public space. In other words, look at the content created within an alternative communication device/platform. That relates to the chain-like structure of my previous work. I will try to initiate such a chain of voice recordings in different situations, I will collect sound both offline and online, interested in the difference in content. We message and communicate all the time, but this more often happens via text and images and usually among the circle of people we know. Where is sound and voice in our way of communicating? Our mediated communication tools are usually silent. How do we broadcast our voice? What do we want to say to someone we don't know? Is voice more difficult to leave (as evidence of ourselves) than text? Is it something we consider transient? Is it still considered to be a personal, intimate object? Does voice make us appear less or more confident, make us less anonymous by revealing gender, age, nationality?

I will conduct my research by initiating different situations that provide a platform for audio recordings by a public. Those experiments will try to touch on the questions I want to investigate during the following months.

part of series of experiments that express and feed my observations :

In public spaces, a sound capturing and playing back device will invite people passing by to record their voice. The last recorded message will be played back aloud every time someone approaches the object. This gives the voice the power to remain and be public, without the subject being present ( just like text). The last recording both serves as a way to attract attention (invite the passer to record his own message) and also a way to construct a loose narrative, as it will be the trigger, context and starting point for the next message. The newly recorded sound becomes the one played aloud. The sounds will be stored in the order they were recorded and the whole 'story' will be accessible to listen online. My experiments will also be researching the idea of taking randomness, but giving it structure, relying on the fact that people will leave a message related to the one before. I will look at that link that goes trough the collected database.

the previous months I have mainly been working in the model of practice-based research. In the second trimester I started my self-direction project, provoked by the subject of signals and code. My approach was towards encoding and decoding simple urban patterns I collected. I photographed streets at night and then taking them as input, I created a visual code from the lit house windows. The code I played on a music box i built myself. The result are minimal, generative compositions of urban activity. I took information of a large scale ( whole streets and their buildings) to reinterpret it and notably descale it into a gentle sound, coming from a small mechanical object. As a continuation of the project and aiming to close the loop I started, I built a discrete but resistant urban installation, aiming to bring the data I processed back to its place of origin – the streets. The melodies are looped in speakers, made of concrete, placed in the city. The speakers, in contrast to the music box are resistant, heavy and keep repeating the otherwise transient moments. This iteration where the translated gentle, almost fragile information (composition) is distributed and preserved was the endpoint of the project and made it a complete piece. Relation of my interest to my previous work described above - ----> This work deals with processes of encoding and decoding and translation of data. It encloses information into tangible objects. Maybe as an unconscious result of my BA studies in photography, I take the position of a viewer, I collect data and use it examine and explore later so it can be the starting point of my work. Work is created during exploring diy strategies, conceptually and physically contrast/different materials and techniques.

I think the same approach can be found in my project proposal. An invitation to an alternative of the fast, always real-time, ephemeral nature of the data we construct together. What is it when the voice is not transient any more, but is preserved, remains and is played in public.

The steps I will take in the process of developing my work are focused around practice-based research. Similarly I worked throughout my self-directed research during the second and third trimester. I start by building prototypes of different projects related to the questions I wish to explore. At the same time I will support my research with related readings.

some images of the different prototypes and experiments I have been working on so far: 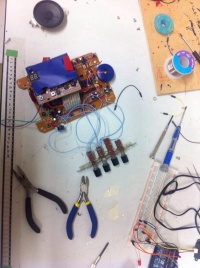 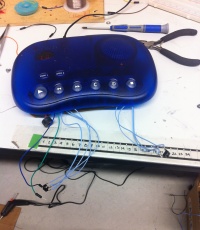 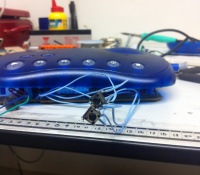 I also made an online iteration - a website where visitors are asked to leave a recording. ------> prototype 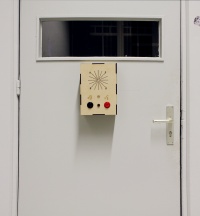 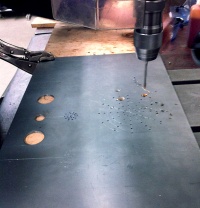 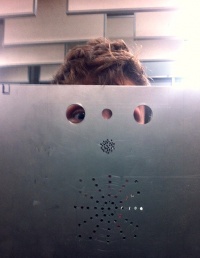 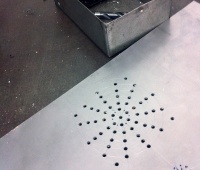 My ongoing experiments will be documented in my prototyping page aka WORKLOG ---> click here. The steps, discoveries and results of the works will influence and shape my research.

Works I find related to my interests /practice /method

'Playing with words. The spoken word in artistic practice' Edited by Cathy Lane (2008)