During the past nine months I have been experimenting in different fields, using different approaches and tools. I made a few small projects in which exploring these areas. The steps further to take are work on some ideas for projects that would elaborate method.

below is the WHAT of small project ideas [here maybe explain method S. they are all performative]:

1. Voice terminal - a street object as a platform for instant messaging (recording and playing back on the street). The object recognises a passing figure and plays a sound left from a previous person, to trigger the attention of the current passer-by. One can then choose to record a message of his own and overwrite on top of the previos one. Then it is the one that is triggered when someone goes close to it. The object facilitates an unconscious / anonymous dialogue in public space.

I would like to collect messages from different areas recorded at the same times. I think of voice terminals placed in rotterdam's different neighborhoods in key spots. The collected messages (recordings) could be used in an oulipian way, reapplying Queneau's Cent Mille Milliards de Poèmes technique once borrowed from children's books. That will create an impossible number of message collaborations from anonymous contributors from the city's different areas, each with it's own vibe. It will also require interaction of the audience in order to obtain a message. Reference to the idea of cybertext, that getting to the message is just as important as the message itself.

2.1. The search limiter – a browser extension

as a continuation of the MY browser that limits browsing by creating working hours for the browser. I like to think about the internet as the ultimate embodiment of the “endless possibilities” idea. That is why my (web-centrated) projects are turned towards ideas for restricting these endless possibilities. Tools that limit, but that serve as a score, for the web user to keep conceptually focused. A browser extension that limits daily searches to a certain number. The basic idea is quality over quantity. By knowing you are limited in searching, you start to appreciate the information, go trough it slowly and carefully. Don't just briefly look at it and go for a new search thinking you might find something better or more. A search leads to a search.....it is like an avalanche and you never get to the point.

I have trouble focusing and keeping my attention towards one thing for more than 10 minutes ( probably even less). At the same time my head bois from unstructured thoughts, also having trouble sleep.

A tool that restricts you from any external irritations and information that may interfere with your concentration. / rediscovering the Isolator idea by hugo gernsback

3. A fake diy drone /make a drone at home with old pc cooling fans/ + video tutorial / stuck on a stick it is a performance tool. lurking into windows.....mount camera ? record reactions

a critical view on diy culture / on drone hype / false consciousness and fascination with DIY / manufactured goods and what such a focus says about Western commodity fetishism. 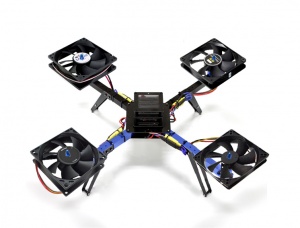 4. Re-engineering the 16 mm editing table as an audio-visual performance tool. A mutant that is an editing table and a projector at the same time, or create a dynamic connection between them.

5. Make physical (offline) the online / instagram filters / ex. to be able to go back in time and experience old printed photographs filtered . an example - build a set of real filters to be able to use in tradition photographic frames and easily change.

the previos months I have mainly been working in the model of practice-based research. In the second trimester I started my self-direction project, provoked by the subject of signals and code. My approach was towards encoding and decoding simple urban patterns I collected. I photographed streets at night and then taking them as input, I created a visual code from the lit house windows. The code I played on a music box i built myself. The result are minimal, generative compositions of urban activity. I took information of a large scale ( whole streets and their buildings) to reinterpret it and notably descale it into a gentle sound, coming from a small mechanical object.

As a continuation of the project and aiming to close the loop I started, I built a discrete but resistant urban installation, aiming to bring the data I processed back to its place of origin – the streets. The melodies are looped in speakers, made of concrete, placed in the city. The speakers, in contrast to the music box are resistant, heavy and keep repeating the otherwise transient moments. This iteration where the translated gentle, almost fragile information (composition) is distributed and preserved was the endpoint of the project and made it a complete piece.

Relation of my interest to my previous work described above - ----> This work deals with processes of encoding and decoding and translation of data. It encloses information into tangible objects. Maybe as an unconscious result of my BA studies in photography, I take the position of a viewer, I collect data and use it examine and explore later so it can be the starting point of my work. Work is created during exploring diy strategies, conceptually and physically contrast/different materials and techniques

Looking back at my work from the first year I see two ways I could take my graduation project.

these two directions became clear to me even more after the tutorial with Aymeric on the 07.10. I can either take the more 'safe' path a continuation of my work until now.....to work with collecting data, and translation, encoding-decoding to reinterpret and create a loop. The voice terminal idea fits within this trajectory. The other way, to which i am drawn is a work that criticizes false consciousness and fascination with DIY and maker culture and its industrialization and what such a focus says about western commodity fetishism. The DIY fake drone small idea is within this context. The conclusion after the meeting with Aymeric is basically to make a decision.

I must admit that I am somehow afraid of taking the second path, because I am afraid I lack the competence to elaborate it. I am also struggling with the question of how will it communicate to an audience.

1. Installation/ Object -----> related to my self-directed research. Taking one set of symbols and transforming it to another. I am fascinated by the idea of reinterpreting data and bringing it back to where it originates in its new form. In other words creating different iterations of one source. Work with sound, use image as a starting point? Transporting sound of one place to another. Building an object that the viewers interact with and experience the new form of the information.

Both are connected trough my practice.

Translating and transporting information / taking it from one domain to another, from one place to another

possible outcome: I am sure that i want a tangible outcome - as a result of my research --> building an object that exists in an urban environment as well as an exhibition space ( possibly a dynamic relationship / connection between them). Bold or even unrealistic may be a combination with an online part of the project( flexible database, live stream content or content fed by users). An object that is fed with dynamic data ( ex. a live sound stream)

exploring, experiencing information from a source different than a computer, screen / a custom, unfamiliar object

Relation to the Street Compositions project and its two parts/stages. First - Taking night street photographs as an input and creating a code for a self-made punchcard music box and Second part - bringing the modified information back to the streets in a concrete speaker installation, looping the music box composition.

summary : Reinterpreting data and putting it back in its old place in a new form

Works I find related to my interests /practice /method

practice / build a lot of prototypes

Describe how you will go about conducting your research through reading, writing and practice. In other words, through a combination of these approaches, you will explore questions or interests you have laid out in your general introduction. In this section you can help us understand how your project will come together on a practical level and talk about possible outcome(s). Of course, the outcome(s) may change as your research evolves, but it's important to have some idea of how your project might come together as a whole.