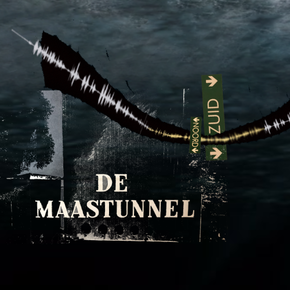 ‘Dear Navigator’ is a radio show in collaboration with Cara Mayer Yepez and Good Times Bad Times Radio. With each episode we focus on a different physical location in Rotterdam, weaving together field-recordings, music, spoken word and discussions, to give rise to a sonic collage that speaks of memory, architecture, and political realities. We are currently developing the second episode on the Tweebosbuurt and Zalmhaventoren. The development of each episode takes about 1 or 2 months. Two of the episodes we will be developing over the course of this year focus on Delfshaven and the Europort.

As each episode only spans about 1 hour, we are planning on making a publication to give space to the extensive research and include as well as showcase work of others. This will include contributions of friends and non-friends alike. This can take the form of already existing work and commissioned work. This will also host the visuals that have been created during the span of the episode production. So far we have been talking with 4 people about contributing.

In this first episode we traverse the liminal space of the Maastunnel that runs between the North and South of Rotterdam.
We go down this post-war infrastructure to come back up.
Does a bridge connect or doest it divide?

Source material consisting of self-recorded footage, images from our audio file in audacity and archive footage found in the Rotterdam foto archive.

With our last episode on the Maastunnel we opened up on the North and the South respectively
Now we continue in both directions: Zalmhaventoren and the Tweebosbuurt.
Diverting but never divorcing.

This episode, currently in the making. The first part is airing on December 15th and will be a tribute to the Tweebosbuurt that will be evicted precisely in that moment in time. In this way, we will be doing news like broadcasting.

Part 2:is a comparative case study that focusses on the urban development of Rotterdam, delving deeper into both places, their underlying dynamics as well as the squatting and housing-stand.

"We see these two topics as two sides of the same problem –– the creation of the Zalmhaventoren as an example of a wider trend in Rotterdam / internationally. (treating a place not as a place to live, but a place to speculate on and invest in; more generally asking ‘if there is a housing shortage in Rotterdam, why do we keep building housing no one can afford, housing few people will even live in? Who is this for, and what is it doing to this city? Why are we treating housing space not as potential homes and spaces of warmth and safety but as a piece of investment?’ –– this of course ties in with the woonopstad in Rotterdam) and the injustice of the eviction of the original inhabitants of the Tweebosbuurt (why do we tolerate a city government that argues in court it would like to “create financial diversity?,” investigating the slow, gradual horror of an act of violence (dispersing a community and neighbourhood) over time (the slow addition of metal gates, the experience of living on a street as it disappears, the experience of resisting)." 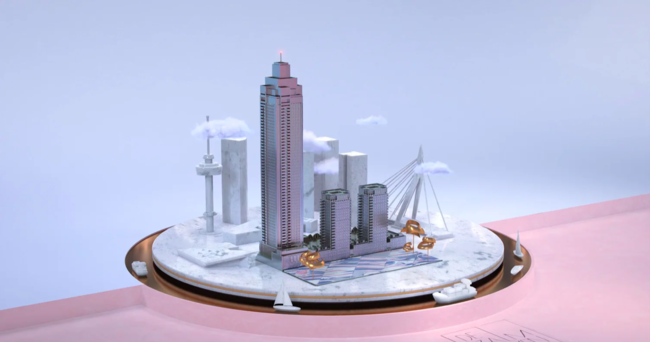 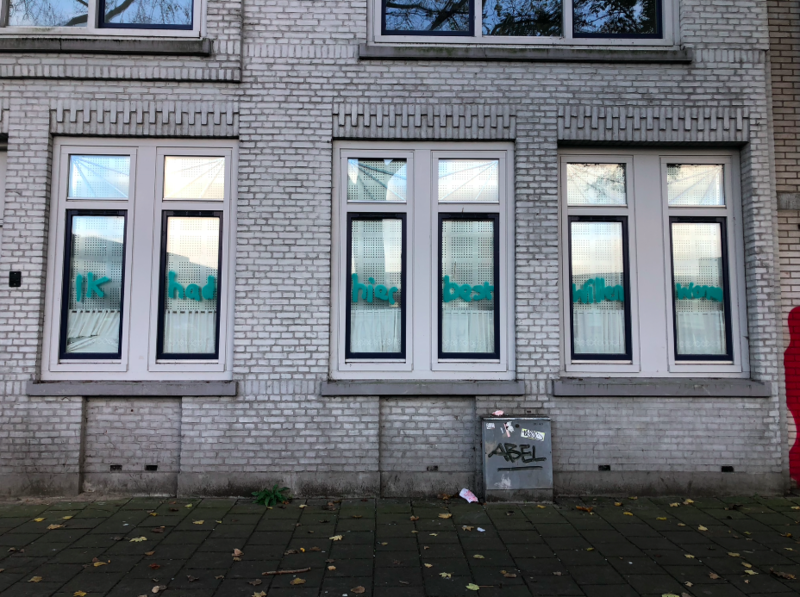 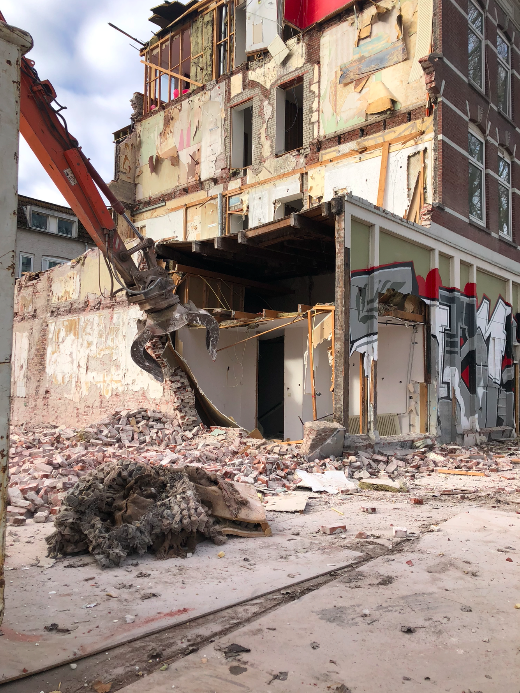