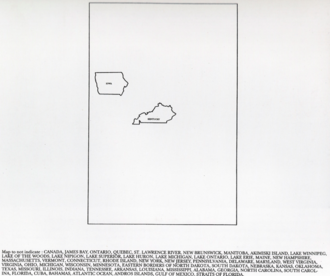 The default web interface of the library is a space for researching as well as reading. Here users can choose to navigate through the entire X-LIB catalogue, or through various stacks. Unlike most search engines, X-LIB's is designed to prioritize ecosystems and interactions instead of results or objects. Multiple queries for non-existant items in the collection are tracked and automatically made into red links, which are visualised and placed back into the library. In this way the collection is always represented in relation to its own limits, outsides and peripheries. Making these 'wishlists' visible also offers context: we get to know our fellow researchers, situate our own knowledge with theirs. Within the core network, pirate downloaders and outlaw uploaders can interact more directly with each other. When you see an empty item, either in the full catalogue or in someone's stack, you can choose to upload to it. You can create an entire stack of wished-for items and wait for others who may have the file to help you to complete it. The search engine also offers more playful orderings like randomization or by reading time.

The search engine can be made using html, python and CGI scripts. The files would be stored in separate directories and JSON files which can be called and created via a web interface. Another option is to use the Semantic MediaWiki platform, which already has built in functions like the automatic creation of red links, categories and tags for archiving, and also supports the maintenance of these files. To research further: how each of these platforms will deal with user accounts / anonymity / interactivity.

We want this library to exist in the space between researching and the act of downloading/uploading. Piracy is necessary for studying – but it is not just about file sharing. It is also about learning what it means to be a librarian, to pass on information and to explore questions of data provenance. In this way it is important that the default interface of X-LIB explores more social modes of reading and searching.

This project continues my research into feminist ways of representing data, of making visible what is included and what is excluded in archive. My research into the social aspects of the digital library is also relevant to the concept of enunciative materiality, which we started to explore last trimester.

On the culture of the pirate

This paper offers insights into the development and impact of one of the biggest scientific shadow libraries on the internet (LibGen) in order to understand the current status of the traditional library and suggest potential ideas for the library of the future. Balázs argues that much can be learned from the figure of the pirate, not least how they unravel / transgress / respond to the legal, bureaucratic and economic constraints of copyright and librarianship. The paper includes findings from his two year study of LibGen's download data and catalogue.

In this essay, Liang unpacks the representation of the pirate throughout history, making connections between the philosophical, the legal and the everyday realities of how we access knowledge around the world. In tracing the cultural politics of both extralegal distribution and outlaw production, he pays special attention to the caricatures of the 'Asian pirate' and his counterpart, the 'creative innovator'. He advocates for a more situated, non-binary approach to understanding the phenomenon of media piracy and all the underlying social structures that produce it.

Annet Dekker talks to Dusan Barok about his work and vision for Monoskop. This includes his research and practice on alternative cataloguing systems, the potential of the index and the bibliography, and the specificity of digital text in comparison to oral speech and printed books.

This book attempts to map the social and economical structures which sustain media piracy in the developing economies of the world. Situating film, book and music piracy within the context of globalization and the digital revolution of the last two decades, and the low-income, low-enforcement media landscapes of countries such as India, contributors like Liang and Balasz explain that Asia’s copy culture has less to do with crime and illegality and more to do with the region’s stop and start processes of urbanization, modernization and access to information. The conclusion is that piracy, whether in the form of street vendors selling DVDs or P2P protocols serving files between local machines, is less of a threat to development than the continued dominance of high-priced media-markets served by IP-lobbyists and multinationals.

This publication consists of notes from a conversation between Florian Cramer and Clara Balaguer, on the ethics of piracy and cultural appropriation, paying special attention to the power relations between the East and the West, the inside and the outside, the visible and the invisible. Cramer also traces the evolution of art practices such as culture jamming and plagiarism, looking at how it is used in surrealism, situationism, punk, and internet memes – all as a way to undermine Western notions of property, individuality and capitalism.

In this interview with Alessandro Ludovico, Marcell Mars discusses the peer-to-peer model of knowledge / music / book distribution and how the social aspect of the network is reflected in projects like Calibre, or his own initiative, The Public Library. He asserts that despite all the political pressure and commercial actors in the game, it is the DIY, bottom up approach that has the potential to save the future of the library.

On interface, design and materiality

In this article, Catherine D'Ignazio unpacks some important questions about the politics and ethics of representation, especially in the context of web search and big data. Her thesis is clear: "There are ways to "situate" data visualization and locate it in concrete bodies and geographies." So can we invent new ways of representing uncertainty, outsides, missing data? Can we find the population that was excluded? How to reference the material economy behind the data? Can we imagine an alternate way to include more voices, allow more dissent in the conversation? With these questions she sketches potential new avenues for designing feminist interfaces and databases.

In this talk, Sean Dockray traces the social, political and philosophical impacts of what he calls the new ‘digital property regime’. Specifically, he looks at the computer as both object and interface, and the rise of the ‘platform’ as the space through which machines and algorithms can become social, and files can be produced and consumed. As the cloud continues to absorb much of the publishing process, interfaces become the site of struggles over the management and control of access, and as such warrants serious inquiry of its ‘genuinely emancipatory possibilities’.

This essay provides an overview of the shared aspirations and common intersections between the open access movement, and feminist critique. To challenge the dominant and exclusive norms of modern copyright law, an alternative creative and legal paradigm is offered, where the relational self – socially situated and dialogic by nature – serves as a counterpoint to the axiomatic author-self, which champions the individual but ultimately limits creativity and sustains economic privilege.

In this talk Dusan focuses on unpacking the concept of 'cultural algorithms' i.e. processes in which cultural practices and software meet. He specifically looks at the way we do research online - from the way the structure of the web determines the query, to the way classification systems can shape reality. To take a practical example, he examines the TF-IDF algorithm, which has become the backbone of so many popular search engines.

In this essay Hito Steyerl comes to the defense of the ‘poor image’ – exploring its role in contemporary art, culture and capitalism. Through challenging the hierarchies of the image, questioning our fetish for resolution and unpacking our faith in the cult of the original version, she addresses the politics of the digital image and the social and technological forces that govern its circulation.

Through a discussion of two hypertext works, Chimera Web and Sister Stories, Joyce and Tringham argue that new digital media offers unique opportunities for feminist storytelling to realize some of its deepest values. As archaelogists, they explore hypermedia’s potential for expressing (both in visualization and narrative structure) multivocality, positionality and multilinearity. In this way hypertext can be a valuable way to not just mediate knowledge but invite its continuous production and reinterpretation.

This interview with Miao Ying focuses on her latest art object, Blind Spot, which is inspired by the state of censorship on the Chinese web. By searching for and cataloguing every censored word on Google.cn, Ying tries to perform and make clear the oppressive and yet almost invisible impact of government censorship in the country. In her own words, "the Chinese Internet operates in a gray area." So what is the role of the public library – and indeed the pirate – under such a restrictive political and social system?

In this article Hito Steyerl turns her analytical eye on to pirated DVD’s – those produced and sold in countries like China and India, boasting a collage of appropriated images, mis-translated captions and garbled blurbs in ‘look-a-like English’. Calling this language ‘spamsoc’, she examines its role in reflecting and stretching the politics of the image, asking: ‘Who owns pictures, words and their meaning?” One especially interesting example in this article is a jumbled copyright license Steyerl found on a DVD cover.

Collective writing with the class, and then editing into PDF for the website: https://issue.xpub.nl/06/