The resulting publication of the residency done in the first trimester. Together with Dave Young and Micha Prinsen I looked at ways in which we could learn more about what the a drone exactly is, what it means and what culture surrounds it. We researched various sources that could tell us something about how military uav technology represents itself such as unit insignia, public facebook pages and image database searches. The full publication can be downloaded here

Recently I learned that the Dutch government publishes announcements of so called "bijzondere luchtverkeersgebieden" (special flight zones). These BLVs are a temporary closing of the airspace because the military is using that airspace to fly with drones. Although not much is known about the extent of Dutch use of drones (within national borders) a lot of can be learned by examining all the BLV announcements. The announcements contain dates, locations, reasons for closure and even maps. So after scraping all the announcements from 2009 until now one has a good overview of drone flights in the NL.

To visualize this information I started to overlay the BLV maps on a Google earth map of the Netherlands. Below screenshots of this process showing some of the BLVs from 2009. 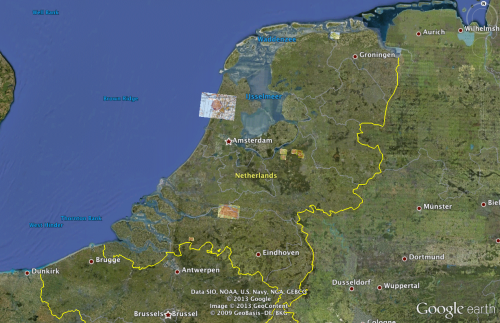 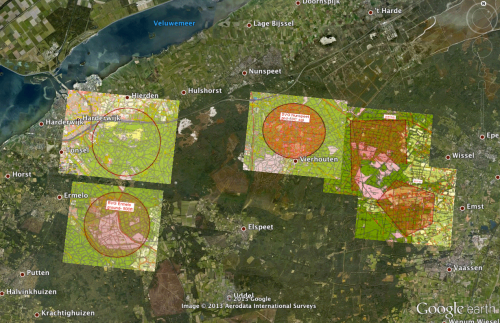 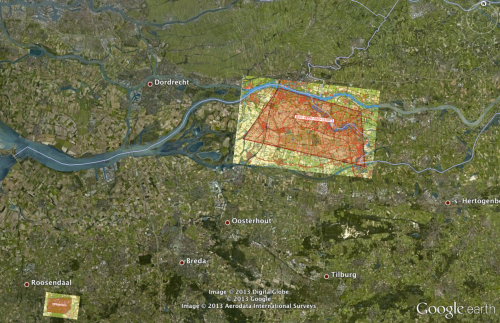