— How can control and freedom co-exist inside a federated network that should allow different levels of moderation of content, choosing between using your identity or anonymity, content advisory …

— Is it possible to have a self-sustainable network? How can the federated systems address common goals of well-being, economic security, …?

— In a future where decentralized and federated networks became the common practice, is there future for centralized and closed networks? Are there any benefits in a co-existence of both? Is convergence possible?

Personal introduction to the Infrastructour

Before going to everyone’s house, we had to make sure we had access to our router, with a username and password. In most cases, the service companies seemed to leave everything as it came (a very username:admin, password:1234 approach). However, that wasn’t my case. The building where I live is managed by one company, and somehow me having access to any credentials would compromise the safety of other residents. I cannot explain this argument very well, not only because I lack the IT knowledge, but also because when I contacted the company that maintains the routers they didn’t know what “host your own server” meant. It seems that being self-hosted is not an aspiration shared by most individuals.

This way, I had to rely on another person’s router (and goodwill) to host my own server. The first option was Tancredi’s place, but the lack of available network sockets was a constraint. I then became dependent on Artemis' house. Biyi usually calls the people who rely on other people’s servers “the parasites”, which is quite a good analogy if we think how we are literally sucking resources from our host. Slowly we started to build our interdependencies inside the network.

Creating a network between ourselves, being nodes and sharing links with each other, seemed fascinating, but I wasn’t really sure what that actually meant, nor was I acquainted with the specific jargon. Exploring our routers was the first step to becoming autonomous by hosting ourselves and starting to build digital evidence of our network, but that wasn’t a linear process. All the difficulties and hardship grew on me and I started wondering if there was a future for decentralized, self-hosted networks. If we, as students of the subject, found it hard to manage all the specifications of setting up a server, how could this ever become a comfortable norm? In this way, I also speculated on some inconveniences, such as what would happen if someone moved house, changed routers, became a dead node in the network, etc. The sustainability of our digital bond was the trigger point for my personal research. I started to look at other networks, physical or digital, online and offline. I was searching for common paths they followed, how they dealt with some problems that we were also encountering and for how long these networks survived. Alongside this, I was prototyping some tools, small experiments to scrape links, images, sources, anything that could prove that our network had existed at some point in space and time. The documentation and anecdotes of other communities helped me understand better the focal point of my doubts: a digital network can indeed be fragile and ephemeral, but the cooperation aspect is important and I believe it can outlive the web version of a network. 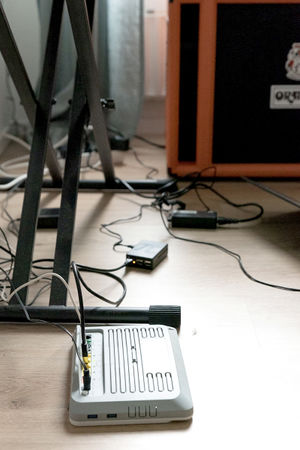 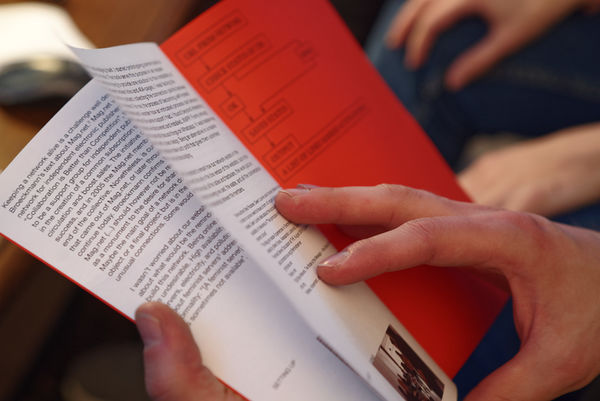 Sketch of questions to work on

The very first goal of this trimester was setting up our home servers and starting hosting content online. But that was a challenge, has taken some time and energy, and even with all the support we had, some things weren’t working properly. E.g.: Not everyone could have the HTTPS, I couldn’t use SSH to connect to my network, …
I was curious about the stability of our network and that was the trigger point for my personal research.

1 — Explore and see what happened to some networks: common paths they followed, duration, what happened after the collective ended, or if it is still continuing, etc.

I found a lot of broken links and pages, which didn’t give me a lot of information. However, in other networks, there was archives, documentation, texts, and anecdotes and that was very interesting to read. All of the testimonies recognized the importance of the spirit of cooperation.

2 — The question then arises: are all digital networks ephemeral?

In the digital world, networks have a hypothetical expiration date. If links and nodes are not ephemeral, at least they appear fragile. What happens to links when they stop working, what happens to a social media account when the owner dies, what will happen to the network we built this semester when one server goes down, or someone moves houses?

I started some prototypes as fun experiences. What type of traces the network and different nodes leave behind, the connections that worked, broken links vs active links, …


3 — So, in what ways can our digital network live on, find new paths, reproduce in print version, etc.

It was important to make the prototypes readable, and this culminated in the Index page of the website (nothat.bad.mn) The print version follows the same “parasite” idea of the project, infiltrating in each publication.

On January 2019 we cycled through each other’s homes to set our personal servers. We were learning about routers, service providers, and trying to grasp the concept of network. In order to have a better understanding of the subject, I started to look for other groups similar to ours. Because networks can morph into different shapes, I focused on small partnerships to find out how they dealt with the accountability, sustainability, and scalability of their projects.[1] I started my research and quickly understood that most websites were linking other websites and I was caught in an infinite loop of click click clicks. However, most links were broken and servers were down. I was late, and I’d just missed the party. 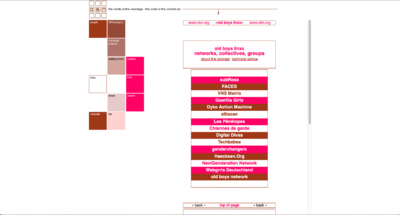 Old boys network linking other pages. "The links listed above are considered as a collection of ressources for old boys networkers."

Keeping a network alive is a challenge well described in Andreas Broeckmann’s text about Mag.net.[2] Mag.net was a magazine network for independent electronic publishers. Following the idea “Collaboration is Better than Competition”, the network intended to be a support group for independent publications. This culminated in the creation of a common subscription system to increase circulation and boost sales. The initiative didn’t accomplish much success, and in 2005 the Mag.net members acknowledged the end of the collective. Nonetheless, is curious to see how projects that came out of Mag.net, or later through their members, still continue today. Broeckmann confirms that the “short history of Mag.net (...) should however not be read as an obituary, but as a monument to the desire for sharing and working together.” Maybe the main goal of a network doesn’t need to be a material object or a final project but is in the in-betweens that are created unusual connections. Some would call this the paranodal space.

I wasn’t worried about our websites going down, but I was thinking about what would be the reminders of our efforts to host and build this network. Being online all the time is impossible, and may be undesirable. High availability and uptime usually mean more servers, electricity, and pollution. In 2014, a collective discussion about feminist servers[3] addressed this apparent weakness with normality: “[A feminist server] tries hard not to apologize when she is sometimes not available”.

Cyberfeminism was often brought up during my search. I found networks created by feminist media activists such as the Grrrl Zine Network,[4] FACES[5] or the Old Boys Network.[6] The Old Boys Network is a network that started in 1997 dedicated to cyberfeminism and they describe themselves as “a real and a virtual coalition”. Indeed most digital networks have actual places for meetings, discussions, exhibitions, etc. In our network (which I now realize is nameless) we were meeting several times per week and that was an important time to discuss the path for our group publication.

Meetings in the physical world, IRL, are a requirement of Netless.[7] This is a project using the city transportation grid to deliver information, where devices travel concealed in trains, buses, trams, and others. When different devices are close to each other it’s possible to exchange information. Netless tries to create a network that dodges internet fees and government surveillance, investing in peer-to-peer connections. However, it stills relies on infrastructures built and maintained by the government, which to me seems like a paradox. The more we speak about decentralized networks and autonomy, the more I wonder if complete independence is even possible, as infrastructures become vital for the existence of digital networks. I also have to deal with another level of dependency. Because I couldn’t host myself, my server borrows space and internet access from Artemis’ house. 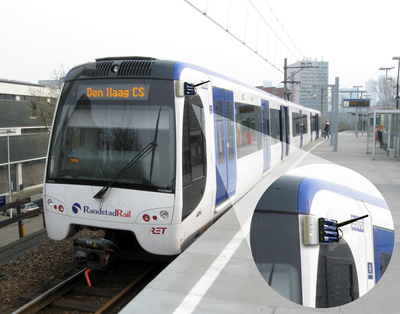 Image of Netless network. A node in a train

As our network was lodging itself, I started prototyping some tools to freeze moments in time. The tools serve this purpose in an experimental way, without trying to provide one solution to the instability of a network. Between broken links and 404-pages, I was facing the vulnerability with my project: collecting the connection points between nodes in our network.

For me, the process of becoming self-hosted was complicated and I wonder how an intricated process can become accessible without the same support I had. I found beyond interesting the chat protocol we discovered and installed, XMPP. Funny enough, our network would still discuss things on Whatsapp. It was hassle-free, user-friendly with a clean design. Being an alternative in a market where corporations make such profit that gives them unlimited resources, can be discouraging.

In the end, is important to remark how our network exists in the physical world. Not only in the zine version of the website, but in the servers that we built, all the cables and hardware, the work put on the websites, the energy we used, the waste, and all the conversations and new relationships between the members.

These small scripts are written in Python and are based on web scraping methods. Web scraping is the process of gathering data, in this case, through automated actions. During this project, I was using these tools to crawl information from our network: images, the status of links, names of pages. By exploring and using this content I was hoping to overview the success or failure of our pages. The fragility of the network, but also the ability to grow and to discover new connections, really relates to our learning process throughout this trimester. 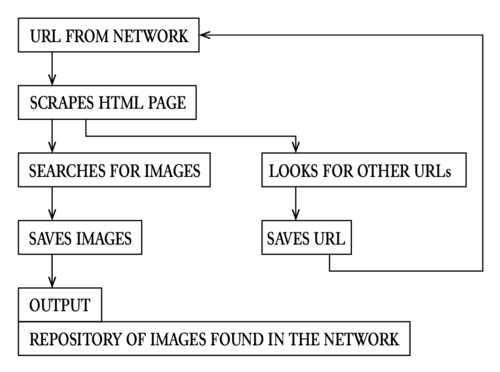 Sketch for the first tool 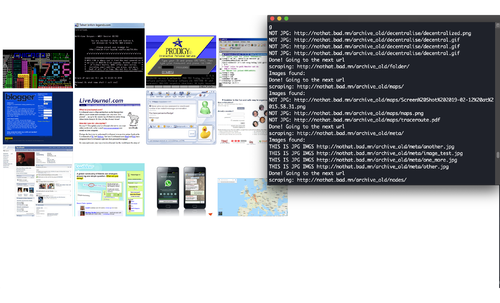 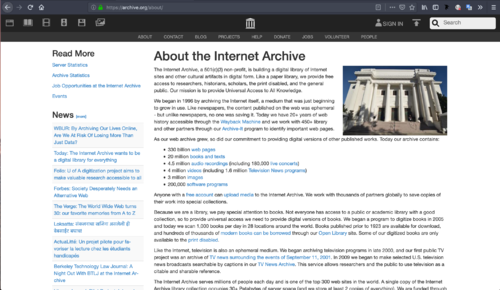 You can find the scripts in the XPUB git repository: https://git.xpub.nl/rita/tools 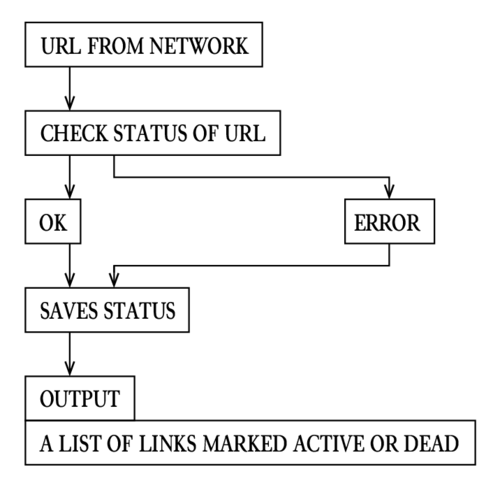 Sketch for the second tool 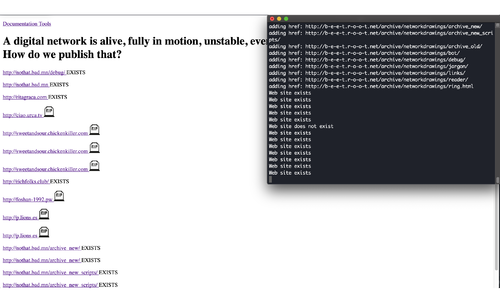 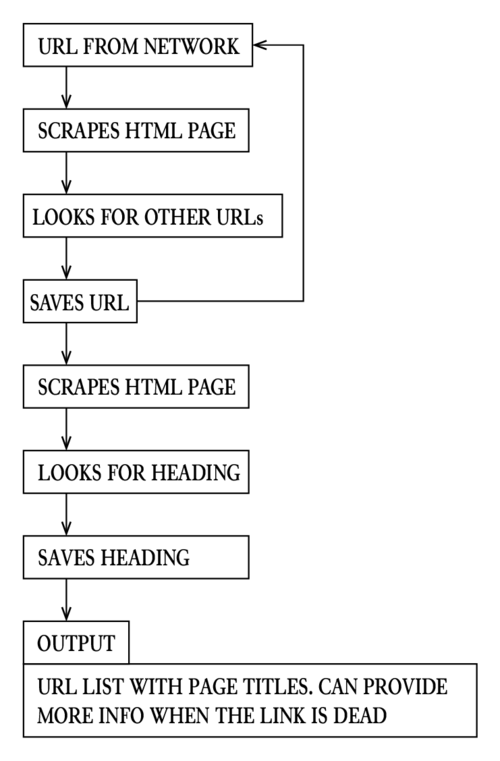 Sketch for the third tool 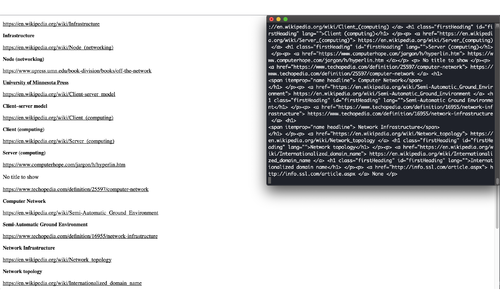 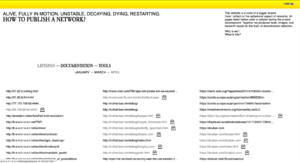 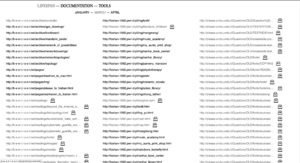 Stickers questioning the audience: "What networks you are not a part of anymore?"