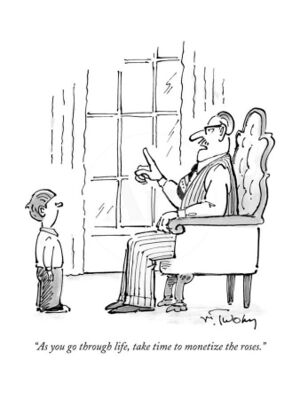 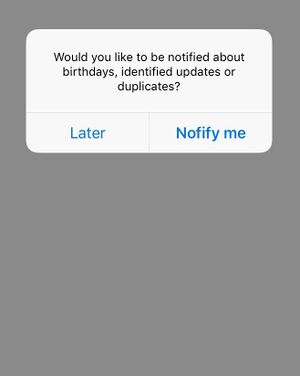 "Dark Patterns are tricks used in websites and apps that make you do things that you didn't mean to, like buying or signing up for something." In this case, No option is unavailable. From darkpatterns.org

Amplify strategies on social media to research and practice agency inside manipulative platforms.

The persuasion we experience online and its effects are no longer a marketing secret, something only discussed amongst experts. Recent events, such as the Cambridge Analytica files, brought to the public realm abundant discussions about the role of social media platforms. It became clear that the prediction and control of our behaviours are valuable practices. Bias on interfaces has the power of reinforcing or blocking personal ambitions, frustrations, fears, and dreams, allowing certain actions and ignoring others.

When Facebook sends a notification suggesting a friend, without any friend request in sight, it is persuading you to stay active on the platform. Indeed, social media only works with people online, using and exploring the elements. The retweet, for example, was a practice from the users that was later implemented as a feature in Twitter. The hyper-personalisation of everything is also an alluring technique to show you things you may want to buy, see, read, engage with. It looks like the unconscious needs are the only thing worth being tickled, leaving less room for discovery, performance and speculation.

I'm exploring how online platforms make the users engage in certain behaviours, and which alternatives come forth. The research on these alternatives feeds directly my project, and vice versa. The practice of several actions, movements and people demonstrate a wish for users to be heard and stay in control. It's stimulating to reverse the narrative of platforms manipulating users, to see how users can use the same features to their interest. 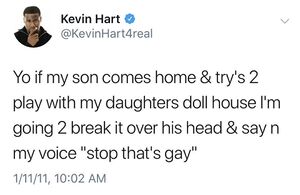 Kevin Hart, comedian, was boycotted after Twitter users discovered homophobic tweets on his page. The social media outrage was so loud that some of his business deals were revoked. 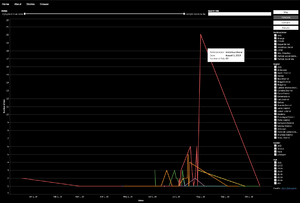 ad.watch compiles and visualises datasets of political ads on Facebook and Instagram. It becomes clearer who is investing in advertising, when, and who is seeing it.

Prototype of the chatroom

My first goal is to grow my knowledge on actions and tools that allow the cooperative voice, especially inside big centralised platforms. Right now I'm focused on online actions that spread quickly through trending topics, memes, hashtags, influencers. An example of these phenomena is cancel culture.

Cancel culture happens when a mediatic figure does something unacceptable in the eye of the public and therefore becomes cancelled. This usually means a viral reaction in social media, loss of followers, sponsors, or other ways of online punishment. This movement is perhaps harmful. However, it is a relevant example of how users come together and impose their opinions over bigger voices. It's a way of gaining control on who is heard and who is silenced, instead of letting gatekeepers do it for them. The popularity of the hashtag #metoo would be another good example of how users regain agency over an authoritative identity. In this case over the male oppressive voice. It acknowledges the importance of using social media to write your narrative and to make such narratives included in the publishing stream.

I intend to interact with these practices through the prototyping of social media low-tech experiments. Low-tech solutions are appealing because they unpack a lot of difficult concepts without pilling up on very specific knowledge. I've started with chatrooms, exploring Twitter bots, mapping interfaces guidelines. I want to do this to document the existence of these movements, but also to engage with them. For example, one of my first experiences was to create a simple chatroom server and client with Python. Creating your tools for sociality is a helpful exercise. I was inspired by the IRC protocol created in 1988 but that is still used by feminists, hacktivists, open-source communities and others.

At the moment I'm using the Twitter API to look into trending topics, re-publishing every trend that relates to cancel culture. By doing so I'm building a digital collection from where I can start framing questions. A platform vulnerable to fabrication and propaganda spreading through trending topics loses its credibility. In such a way that is important to look at the collection and ask: is there still space for genuine social movements and mobilisations online? Can we trust social media? Can we use it for our good? Can we escape the persuasion?

In the end, I plan to publish a good collection of bottom-up actions to amplify the demand for user agency. I will engage with my audience by avoiding being just a lurker. I will be diving in the social media subcultures that allow these movements and making questions. I intend to be part of a community that uses the design features to their interest. It is also relevant to look into the past. I'll be making use of the historical archives, existing databases and scraping techniques. In the first stage, the publishing of these actions will be done in digital form.

September, October — Ground my interests, make clear what I want to work on by researching and finding projects. Fast prototyping.

November, December — Project Proposal is written so my scope is set. Have a more specific direction for the prototypes. Who is my audience? Engage with the users: going from observer/scraper to participant.

January — Allow the feedback from the assessment and the break to feed new inputs to the project. Organize a workshop (Py.rate.chnic sessions) which will allow other people to experiment and talk about the project.

February, March — Put my prototypes together to create a bigger platform. The project will expand from small experiments to a combined project. How will people engage with my project? Think about distribution, amplification and contribution from others!

April, May — Written thesis is delivered. Focus on the project. Test my prototypes, perform them or put them online. Is it useful to organise more workshops or conversations around the subject?

June, July — Finish everything: conclusion of the final project. Prepare the presentation. 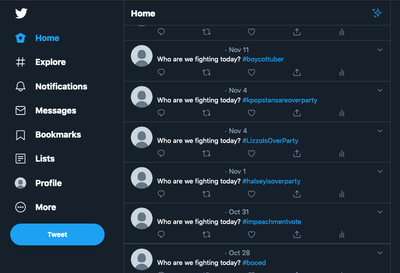 Timeline of my cancelled bot

Feels urgent. Social media plays a big role in how we form our identity. Through the curation of memories, the materialisation of our network of friends, reinforcement of our social worth through metrics. When we navigate these networks we are being manipulated to feel and act in particular ways, only allowing and upvoting singular views of the world. This is what is disseminated and eventually what shapes our character.

Feels contemporary. The users have been demanding more reliable platforms and the companies picked out the trend by providing some changes. In April TikTok added two new features to promote a safer app experience. In July Instagram tested hiding its likes in several countries to benefit their users’ experience. Youtube promised to release soon new features in an attempt to be more transparent with their algorithms. It’s true that the real effects of these features are debatable and also part of well-thought marketing strategies. However, they show the audience is engaging with this type of discourses.

Feels like I can join the conversation. We shouldn't engage with ideas that manifest with dubious intentions, even if they come from the gatekeepers of mainstream, well-known social media platforms. But sometimes is difficult to put in practice actions of power. I find it hard to do it myself, but by understanding and making clearer how things happen, I can be more adventurous in my practice.

Marloes de Valk, because of her knowledge on persuasive design, especially with the connection with Impakt festival. The Impakt festival itself can stimulate my research. The programme for this year is called Speculative Interfaces and it will investigate the interaction and relationship between technology and humans, and how this relationship can alter behaviours. I will attend two days of the festival.

Past Xpub students like Lucia Dossin and Lídia Pereira, which have work on similar topics.

Olia Lialina, an artist with a lot of work on web interfaces. I will be in her workshop in November, which explores early web pages through the interface of The GeoCities archive. Approximately 382,000 home pages.

Xpub staff and students, for the variety of useful input.

I understand that design shapes our ability to access, participate in, and contribute to the world (Holmes, 2018). As a graphic designer myself, I always was interested in the biases we implement in the things we build. Especially when those determine who can engage and how they do it.

Last year we discussed decentralised networks on Special Issue 8 and this build up my interest in the subject. I understood how creating new platforms and looking for alternatives reveals the desire for bottom-up changes and more active end-users. It became clear that centralised models of technology propagate limited ideas, and those ideas shape our society. As a project for that same Special Issue, I prototyped some tools that helped me visualize the ideas I was discussing. To turn the research into tools is something that I intend to continue for this final project.

The urge to take control of our online spaces reveals the present concern over software pervasiveness, automation and accountability.

Software is found on diverse objects and systems but is not always perceptible or understandable. In this way, software studies try to open the black box, looking for its methods and routines. (Kitchin and Dodge, 2011) However, opening the black box is not enough. Information without context, processing and analysing, is not accessible to the users. Furthermore, demanding transparency from big social media platforms doesn't provide the agency we seek as the ability to see doesn't mean the power to govern it. (Ananny and Crawford, 2016) At the same time, the increasing automation of our systems means even less control and less accountability.

To overcome these difficulties, it makes sense to get around the software and focus on the relationship between the system and its users. Several projects work to visualise data, as a method for understanding relevant connections. Projects such as Ad.watch which compiles and visualises datasets of political ads on Facebook and Instagram to display the dubious relations between politics and social media platforms. Other projects decide to engage with the interface itself. Through plugins, add-ons, small robots and DIY techniques. Some authors encourage resistance arguing for alternative design practices through glitches, imperfect features, disturbing or illogical processes. (Hollanek, 2019)

All these strategies support more user agency. As social media platforms become ubiquitous, spreading its convictions to billions of people, it is important to amplify these movements outside the tech world. It only makes sense to be part of a community that makes use of platforms in their own terms.

Ananny, M. and Crawford, K. (2018) Seeing without knowing: Limitations of the transparency ideal and its application to algorithmic accountability. New Media & Society, 20 (3): 973–989.

Lialina, O. (2018) Once Again, The Doorknob. On Affordance, Forgiveness and Ambiguity in Human Computer and Human Robot Interaction.
Available at: http://contemporary-home-computing.org/affordance/ (Accessed: 17 September 2019).