In prototyping we learn a lot of technical skills such as git and unix.

We had an introduction to UNIX. Learnt about the history. We then started to work with a Raspberry Pi. We will be using a raspberry pi as our server in these two years. We learnt working in terminal with commands worked on some simple tasks within the Pi. We created html pages through terminal. 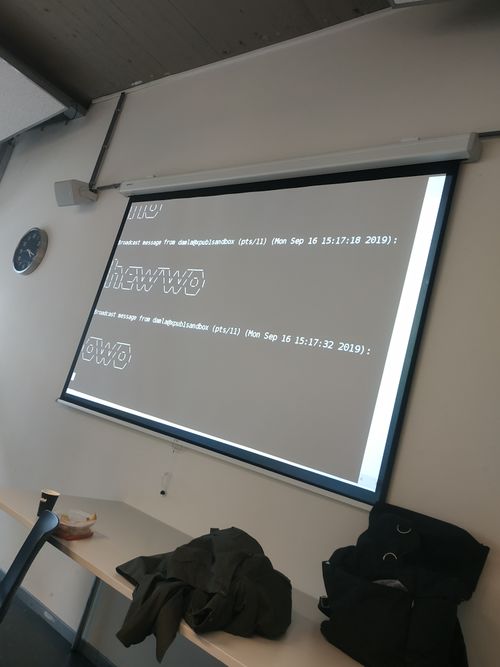 I was sick and couldn’t attend but as much as I could catch up session 2 was about ssh keys and git. Created ssh keys to use when logging in to the Pi instead of just a username and password (because it’s safer) and created a git account to work with git repositories. (most of this I did after session 3)

We learnt about binary code, did some counting exercises to see how computers do calculations in binary system and output a decimal result.

We learnt about AND gates, OR gates, De Morgan’s laws. We tried to generate clapping song by Steve Reich on Arduino with patterns but since the two tracks of the clapping song have different lenghts there needs to be a work around.

Session 4 was focused on the wiki. We learned about the history of the Wiki and talked about tools like categories in the wiki. Wiki, as a system, is non hierarchical so there aren’t parent or children pages so categories are more like collections, rather than folders containing the pages. After the lunch break we got an introduction to APIs and JSON. The Idea is that we organize our content on the wiki and then fetch this content with API and shell tools and then convert it.