The confrontation in prototyping with coding had in this first trimester the most prominent part and I have tried to synthesize this experience of learning a new language. The following small projects can be seen as an attempt to relate some of the pieces in which I include my personal interest in perception and try to visualize with the learned means my reflections. I now have slightly a more concrete idea of what is possible in using code, but my skills have meanwhile reached their limit for the final realization, therefore everything stays at that moment in a state of a draft and potential starting point for continuation. The basic idea was to bring up the decision inside of a loop and how a shift in direction can be made perceptible. After having programmed in Javascript the structure I now want to include an animation fed by the Internet inside the blue hallway. I would like to pass an input through the hallway, which is changing direction, a signal that comes from online and goes into my file that stays offline. I was intrigued with the thought to use an html file against its purpose. Questions from the thematic project about rhythm came up and merged with my research. During the construction of the first canvas and its idea of introducing a timed rhythm from the Internet, the thought about heartbeat was the next association and the reason for the implemented green colored structure of an ECG. The subsequent red pulsating circle becomes consequently the source of the ensemble and allows the whole to be seen as a RGB triptych. The notion of additive color finally closes the circle to perception and leads to the Thaumatrope, a device from the nineteenth century that is threaten in the text about Jonathan Crary’s Techniques of the observer. 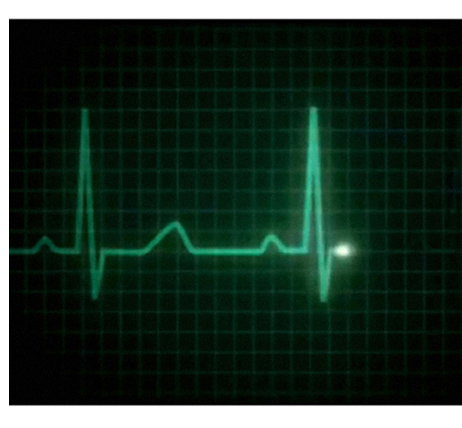 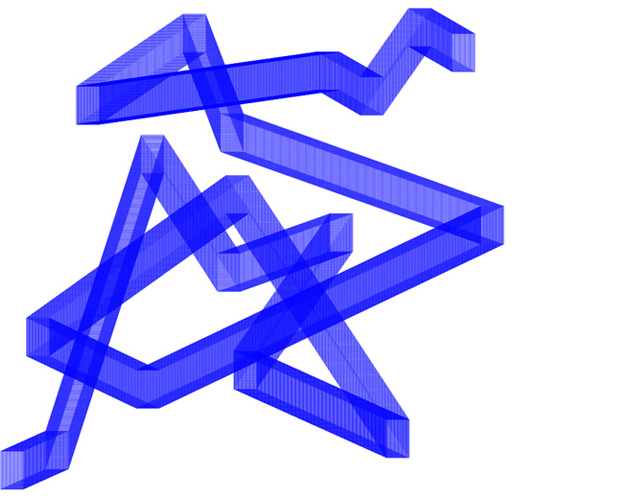 Media seen as interface between body and event leads automatically to questions about perception and therefore to the role of the observer. This relation has moved all the more into focus since the beginning of the twenty first century and the permanent ubiquity. Where comes that necessity of being constantly connected with media? To which point we are getting unable to simply use our body to experience the world? How has the act of perception changed through the overall access to media? The practice to see reality the more and more through a screen increases the disconnection to it in a way that perceiving the world through permanent virtual reality might be only one step away. Is it by now an inevitable process that the more we are using media, the more we assimilate a practice that separates us from the awareness about its omnipresence and that we all the more become addicted to its illusion?

>>> Techniques of the observer

I have seen the workshops of the first thematic project as an experimentation field where I got in contact with different aspects about mainly network media. During the first week the questions turned around how to represent movement and how physical labour is being transformed through digital media. The animated pictures of a hand copied with a xerox machine is an attempt to investigate the different layers of media and how the transition from the body to the machine can be seen. On the Erasmus Bridge the different vehicles and passersby were registered and the counting was then visualized as an abstraction of their movement. For the theme of Chain Reaction the initial idea came from the thought to avoid working toward something visual and instead using acoustic signals to observe how they react to each other, thinking about the notion of instability and failure. The third workshop Rhythmanalysis delved more into the notion of time and allowed a wider view about not only network media. In that week I wanted to observe by filming a static shot of different scenes, how rhythm can be perceived. Lefebvre's text Seen from the window served as an inspiration. In the fourth and last part of the thematic project we looked at the question why it is difficult to communicate duration with a digital image. That issue was probably the most appealing theme for my self directed work, where I would like to juxtapose photography with video and observe how time behaves in those two different media. The result of that week is a draft for a planed personal research in filmed portraits. An underexposed video from a tree moving in the wind, filmed during the night refers with its flickering of the pixels to the constant construction of each frame of the video, what evokes further interesting thoughts threaten during the workshop. Similar to the first insight in prototyping, these workshops allowed me to gain several appeals which may find their continuation in my self directed research.