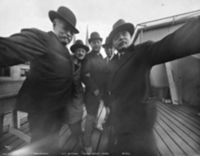 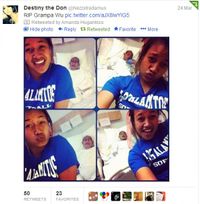 The selfie is a sub-category of the self-portrait, which has being practiced for a long time, but the term was invented in the past 10 years. It is a photograph taken of oneself, typically done with a smart phone or web cam and uploaded to a social media website. The pictures represent one's experiences, usually promoting your self in a positive environment and attitude.

"The idea of the selfie is much more like your face is the caption and you’re trying to explain a moment or tell a story." [Frédéric della Faille, NY times , http://www.nytimes.com/2013/10/20/sunday-review/my-selfie-myself.html?_r=0 ] 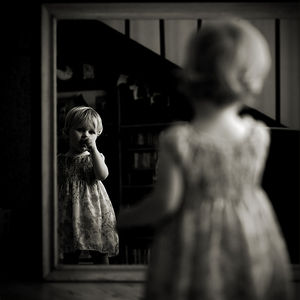 People use these portraits as a reflection of their appearance. The drive towards this self-projection comes from very early age and plays an important part for our identity. Infants by the end of their second year start to recognize their image and establish the perception of their self by looking at their reflection in the mirror. This is what Jacques Lacan calls "the mirror stage" in his paper “The mirror stage as formative of the function of the I as revealed in psychoanalytic experience". The recognition in this phase induces apperception, turning oneself into an object that the child can view from outside itself. Afterwards their reflected image takes part as structural element of the psychic life, which becomes the foundation for the child's social relationships. 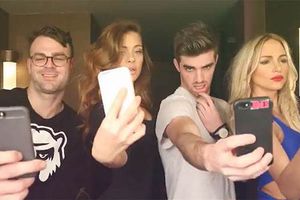 The selfie becomes such a reference as a reflection of the self. It mandatory includes the person taking the picture, while with a self portrait, he abstractly presents him self. This is the mirror which we can share with others. This kind of self-portrait not only acts as a projection how people see you, but also allows to choose the way to be viewed. We perform in front of the camera to promote our selfs because we are dependent upon others for ours "I" stability and coherence.

The selfie provides instant notion of what you are doing, where you are and how you are feeling, the same information as a written text. Our society can be considered as a culture that relies on visual images, because we are surrounded with mediums that try to squeeze all kind of information into visual components like: the Internet, advertising, cinema and video games. 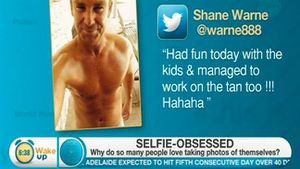 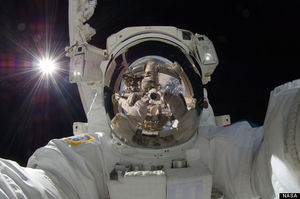 Social networks first promoted this type of behavior and opened their hands for user generated content. For example Facebook has certain capabilities of providing space as a blog, where you post your likes, social field where to self-perform and a social network where to communicate with others. This is where the selfie found its perfect habitat as such images replace the slow text elaboration.

The design of the social platforms fitted best nowadays society based on short attention span, because today's growing amount of data provokes a large time consuming process while browsing through the content and trying to keep up with the pace of information overload.

If people want to depict their current mood or situation they take a picture of them selfs which allows the immediate grasping of the material. This led to the eruption of on-line platforms as dairies which contain only photographs, such as Instagram. The practice of sending such information around social networks has turned it into a self-promotion, which takes place anywhere you go and it takes up also our leisure time. "This is the algorithmic logic of the chat line, the on-line community or self-performance through email and social networking activity, areas in which self-performance is necessary to be part of any particular discourse within the economy of information." [Steve Rushton - Masters of media - p77]

The social environment also provokes back the user to feedback to the connection, offers an alternative reward system. As creating content makes you socialize with others and in return we get likes. Social networks push users to desire secondhand information about themselves. We use social networks to elevate ourselves and Instagram helps us to position selfies as the center of our universe. We have moved from an internal oriented culture to an exterior, focused on presenting and marketing ourselves. Those who seek to establish an online presence may perceive the physical self as the totality of being and not consider individual traits, such as movement and voice, as components that build an identity. As people are pull by the social networks for more content and participation, users apply selfies to express them selves, seek attention or become part of a community.

With selfies the camera which is easily operable and lacks all the needed adjustments needed to produce a photograph providing a thought-free process, turning the focus to it's application as a mirror. The aftermath of the mass use of the selfie turns itself from photography as a practice to becoming of a performative action. This self-centered way of depiction has in it's nature the immediate distribution to the public domain. This turns the material not to be remembered but for viewing on a digital platform. We caption the produced visual content with hashtags as an essential element of the sharing system. It has become very popular to use viral hashtags to make your content more visible. These particular captions have being created and filled up by other people's performative actions. This puts the visual material to categories which are fed from the feedback that the design of on-line social networks provide. In order to orinet your self in these inline platforms and use them as skillfully as others do, training videos are being produced. Videos with the specific know how produced by other users who act as real professionals in the field. This is where the concept of get rid of your self comes into place. Replacing one's personality with a virtual and trend-driven version, we fragment ourselves through electronic mediums for the sake of expression but lose a portion of ourselves in the process. Selfies in these groups present certain behavior which is being replicated by different users, who present an amplification of them selfs. Image centered social networks have maybe the ability to influence and perhaps technologically determine personality.

This self-promotion has become even mandatory as some businesses use selfies to to shrink the distance between the seller and the consumer. They replace the ID like photographs of employees with self-portraits which stand for showing personality, dedication to work and giving social proof from the side of the salesman. Finding appliance for acting as a perfect advertisement and recommendation that to other prospects need. So this kind of self portrait from the reflection that gives stimulation to the self revolved into the use of business promoting strategies.

The practice of tagging becomes part of a strategy for self-promotion that allows the individual to rise above the anonymity of most users, but can only stand out by attaching a popular tag. Rendering the person as part of a group, focusing on the enhancing of the same part of them selves, thus becoming an object representing the amplified part. Users create many digital selves with many different looks, compulsively abstracting their image - to become even more fascinated with themselves – but in the end forming separate identities. Instagram provides more ways to engage with them, which feeds our selfie obsession. How much we rely on such platforms to express our selves as they involve the competition of the digital society born from the stress of data overload. In return this is how our personalities and self awareness changes through its use. Kodak advertise their cameras as a device capable of building identity. Nowadays its essential to use pictures to build one's profile image and collect one's life as images.

"The medium is not only the message. The medium is the mind as it shapes what we see and how to see it. " [Nicholas Carr - The Big Switch (2008)]

becoming external individuality. It has its own new look and is situated on-line presenting it self and available to anyone who wants to see it.