Prototypes and experiments so far:

I came across an open-source project that makes it possible to 'hack' old Texas Instruments calculators and turn them into 1-bit music composing tool (instrument). The program ([Houston Tracker)] is still not being used so much and remains quite obscure. HT2 converts the binary output of the TI-calculator to generate 1-bit sound. What I think is really interesting is that 1-bit sound represents the on/off binary basics of computing. The 1-bit sound is therefore close to the inner process. 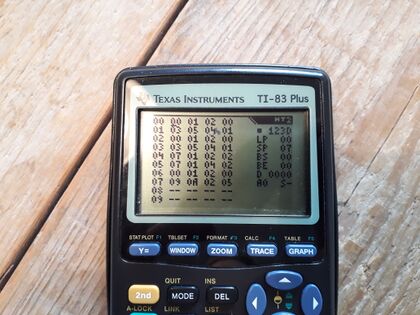 To spread this project and both music, I thought about making a publication/release/demo in one.

write a 4 track album for it and release it on a TI-83.
People that buy it would receive a TI with the tracks on it (collected from thrift store / Marktplaats)
mail it to people
way to get started 'hands-on
See how tracks were produced might get people started
enlarge interest, spread the word & expand community?

This way, the public can not only listen but also directly engage and get their hands dirty if preferred. What I also think is interesting that in contrary to making music with the sound chip of obsolete gaming consoles is that it's much further detached from retro aesthetics. So it focuses much more on the tech part and thinking how to use this device otherwise.

KCS or Kansas City Standard was developed to convert code (in the form of ASCII text) into sound so it could be stored on media such as magnetic tape but became also suitable to broadcast over radio. This way, its data became more easily interchangeable. KSC is still being used today to restore large quantities of archival material that was stored on magnetic tape. There are other standards that are closely related to this standard. KCS was an attempt to standardize (For instance, the Commodore 64 had its own method however this was very much prone to errors.)

ASCII art is a graphic design technique that uses computers for presentation and consists of pictures pieced together from the 95 printable (from a total of 128) characters defined by the ASCII Standard from 1963 and ASCII compliant character sets with proprietary extended characters (beyond the 128 characters of standard 7-bit ASCII). The term is also loosely used to refer to text-based visual art in general. ASCII art can be created with any text editor, and is often used with free-form languages. Most examples of ASCII art require a fixed-width font (non-proportional fonts, as on a traditional typewriter) such as Courier for presentation.

AAlib is a software library that allows applications to automatically convert still and moving images into ASCII art. It was released by Jan Hubicka as part of the BBdemo project in 1997.

SSTV or Slow scan Television – originally invented as an analog method in the late '60s but accessible to the public in the early 90s when the custom radio equipment was replaced by PC software – is a protocol for sending images over audio frequencies. The sound holds the information of what color where to place, line by line. This way, the image is slowly generated when decoding the audio in real-time. This method is still used today by the HAM amateur radio community for sending and collecting images. Next to that, the International Space station (ISS) still sends images to planet earth this way. The way SSTV generates images is closely related to the material process of digital printing on paper.

SSTV Workflow in use: Image to SSTV signal received by phone

SSTV workflow and decoding via app

Listen to this image

Hypertext fiction is a genre of electronic literature, characterized by the use of hypertext links that provide a new context for non-linearity in literature and reader interaction. The reader typically chooses links to move from one node of text to the next, and in this fashion arranges a story from a deeper pool of potential stories. Its spirit can also be seen in interactive fiction.

Interactive fiction, often abbreviated IF, is software simulating environments in which players use text commands to control characters and influence the environment. Works in this form can be understood as literary narratives, either in the form of interactive narratives or interactive narrations. These works can also be understood as a form of video game,[1] either in the form of an adventure game or role-playing game. In common usage, the term refers to text adventures, a type of adventure game where the entire interface can be "text-only",[2] however, graphical text adventures still fall under the text adventure category if the main way to interact with the game is by typing text.

Due to their text-only nature, they sidestepped the problem of writing for widely divergent graphics architectures. 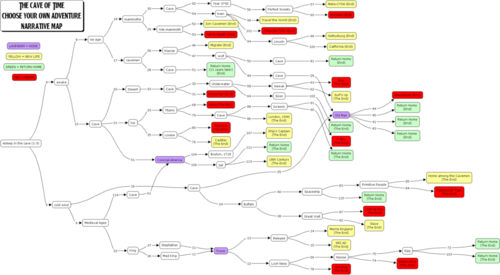 speaks to my heart (fiction)
source: emotional investment
solve the coldness of the medium!
dept! (true for me, fiction for other)
'conversational tool' between the analog and digital
tool of mediation

Inspiration: Solarpunk: The map is the territory 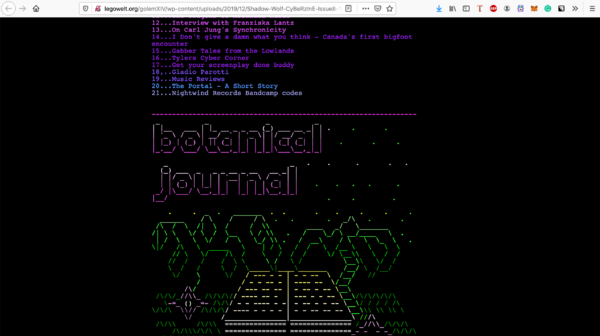 Sandbox as a publication

Tone of voice of the interface:

- "Welcome to my home. You are here:" <showing pi in my house>
- "You traveled a long way to get here in a very short time""
- "You just looked outside through a window, staring at the screen again, you think about the past."
- "Lately, I often got asked if I am a robot. Are a robot. Are you a robot?"
- "Listen closely to this image!"

Inspiration taken from tape recordings of:

On digital text and the development of the Word processor:

Turn a Git repo into a collection of interactive notebooks: https://mybinder.org/
jupyter nbconvert
/var/log/ for (accessing logs of processes)

Semantic Listening I call semantic listening that which refers to a code or a language to interpret a message: spoken language, of course, as well as Morse and other such codes. This mode of listening, which functions in an extremely complex way, has been the object of linguistic research and has been the most widely studied. One crucial fi nding is that it is purely differential. A phoneme is listened to not strictly for its acoustical properties but as part of an entire system of oppositions and differences. Thus semantic listening often ignores considerable differences in pronunciation (hence in sound) if they are not pertinent differences in the language in question. Linguistic listening in both French and English, for example, is not sensitive to some widely varying pronunciations of the phoneme a. Obviously one can listen to a single sound sequence employing both the causal and semantic modes at once. We hear at once what someone says and how they say it. In a sense, causal listening to a voice is to listening to it semantically as perception of the handwriting of a written text is to reading it.2

On Background Listening In early 2009, Jay Rosen, a professor of journalism at New York University, posed a question to his 12,000 followers on the micro-blogging service Twitter. He wanted to know why they twittered. Of the almost 200 responses that he initially received via his blog and Twitter account, he noticed an important similarity. ‘Surprise fi nding from my project’, he wrote on Twitter on 8 January, ‘is how often I wound up with radio as a comparison.’ The comparison may have been unexpected, but it is provocative. Twitter is a social networking service where users send and receive text-based updates of up to 140 characters. They can be delivered and read via the web, instant messaging clients or mobile phone as text messages. Unlike radio, which is a one-to-many medium, Twitter is many-to-many. People choose whom they will follow, which may be a small group of intimates, or thousands of strangers – they then receive all updates written by those people. Perhaps the most obvious difference from radio is that there is no sound broadcast on Twitter. It is simply a network of people scanning, reading and occasionally posting written messages. Yet the radio analogy persists. As MSN editor Jane Douglas writes, ‘I see Twitter like a ham radio for tuning into the world’ (cited in Rosen 2009).

The keynote sounds of a landscape are those created by its geography and climate: water, wind, forests, plains, birds, insects and animals. Many of these sounds may possess archetypal signifi cance; that is, they may have imprinted themselves so deeply on the people hearing them that life without them would be sensed as a distinct impoverishment. They may even affect the behavior or life style of a society, though for a discussion of this we will wait until the reader is more acquainted with the matter.

Signals are foreground sounds and they are listened to consciously. In terms of the psychologist, they are fi gure rather than ground. Any sound can be listened to consciously, and so any sound can become a fi gure or signal, but for the purposes of our community-oriented study we will confi ne ourselves to mentioning some of those signals which must be listened to because they constitute acoustic warning devices: bells, whistles, horns and sirens. Sound signals may often be organized into quite elaborate codes permitting messages of considerable complexity to be transmitted to those who can interpret them. Such, for instance, is the case with the cor de chasse, or train and ship whistles, as we shall discover. The term soundmark is derived from landmark and refers