For my graduation project I would like to hook the future up to a video projector. I plan to explore the use of machine learning and image processing technologies as tools for prediction and uncertainty. I would like to document my research through audio, video, and text and publish it as 2 video works:

2) A video work based on three fictional scenarios, which I plan to develop with material generated in 1)- referred to below as "Fiction Film" 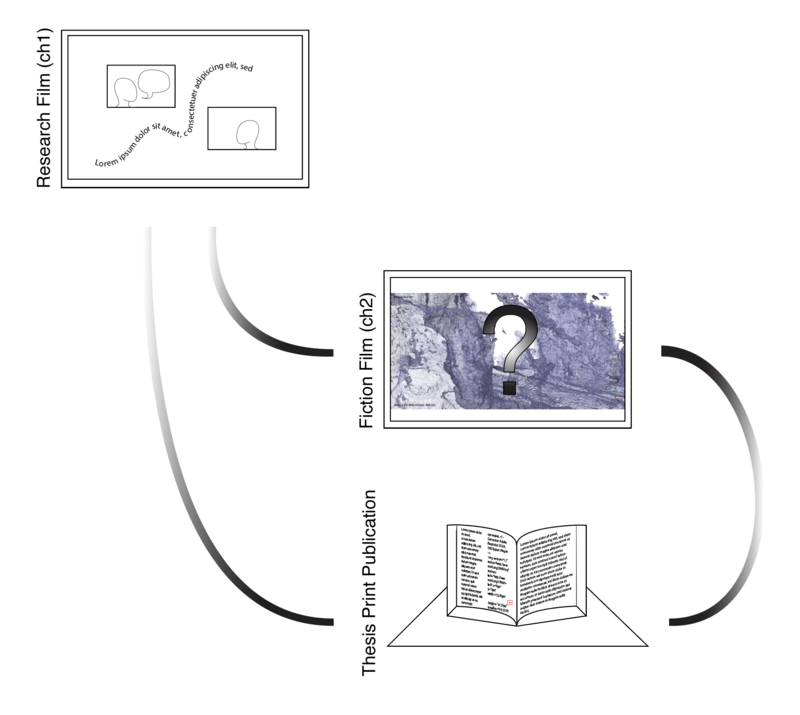 How do you want to make it?

I'm interested in structuring a part of my research through recorded interviews with a series of practitioners active in different fields. If possible (considering COVID) I would like to record these interviews in video form, by going and seeing some people I believe can help me speculate, answer questions and form the basis of the aforementioned fictional scenarios. The questions and things discussed with the interviewees will be re-ocurring through each of the interviews, as based on the research proposal included in the thesis outline.

As a starting point for the second video, consisting of the three fictional scenarios, I'm interested in using a series of science fiction writing mechanisms and tropes, such as worldbuilding and the construction of dystopian narratives, to navigate my research interests. The result of this will also form the basis of the discussions held within the interviews. I plan to use these discussions as a way to develop the three existing scenarios into chapters of the second video.

I will use the aesthetic properties of various applications of the following frameworks: Computer vision (OpenCV) ImageNet LIDAR (and other high-frequency technology data sets) Photogrammetry (3D reconstruction) Audio reconstruction (?) I would like to use these different techniques to visualise the narrative of each fictional scenario, and foster a more or less direct relation between the story line and the resulting digital imagery. From the experiments I've made so far, I'm interested in using the frameworks mentioned above in order to deconstruct and reconstruct certain audio-visual inputs (data visualisations and footage of geological teritories, digital network infrastructures etc) and speculate on representing potential changes (disasters) to the spatiality and phenomenology of those audio-visual inputs.

If COVID proves to be an impediment regarding mobility, I'm considering the changes I could make to the aesthetic outputs of my project and perhaps also to its scale. If I won't be able to travel and hold the interviews in person, I plan on documenting the talks through video/audio call recording and turn the multi-channel video installation into a podcast appropriate format.

Conversely, if an IRL presentation/exhibition is ruled out, I'll shift the viewing experience of the 2 videos to an appropriate medium for an online context. Instead of programming a multi-channel video sequence, I'll probably be programming a website of sorts.

I've always held an affinity for dystopian fiction and I believe that translates into my interests for speculative frameworks within my artistic research practice, which is still in its infancy. I would like to use the experiments inherent to this graduation project as a way to further develop my work in terms of producing fiction in relation to my ongoing research.

I believe that the multi-/inter-/trans- disciplinary paradigm shift within the arts actively generates a multitude of questions related to (en-)visioning futures. These questions are increasingly pressing due to the high-velocity, disruptive, multi-scale dystopia that constitutes a great deal of daily life. Therefore, the (computer-generated-) image and all its adjacent vocabularies can be instrumental in the acts of (en-)visioning the future. I believe that the construction of new vocabularies, either verbal or visual, is a characteristic of fiction that is widely employed within artistic discourses, and can be used to dissect, analyse or reimagine contemporary phenomena.

In the case of this project, the potential use of computational tools to record the present and simulate future scenarios is sustained by the belief that the resulting audio-visual imagery can only enrich our perception of present day phenomena and stimulate speculative discourses around notions of progress and futurity. Precise prediction is therefore not a central concern here, but rather the need for picturesque potential futures, attempting to capture both the perceivable and non-perceivable, the likely and the unlikely.

Writer, theorist, founder of The Institute of Network Cultures Interested in his work on speculative digital networks, mass psychology of the net

Academic, researcher, lecturer at University of Amsterdam Interested in his work on predictive processing

I'm still looking to include non-academic perspectives within the interview series, such as: Someone who has experience with prediction and uncertainty from an esoteric point of view (i.e. a soothsayer/fortuneteller/general mystic) Someone who's had experience with disasters first-hand (i.e. a survivor/crisis-manager/front-line worker) In terms of the execution of my project, I foresee that I will most likely need help (as in an extra pair of hands) with video & audio production, installation design (regardless if online or offline), and also some editorial things, all of which are likely to be aided by a generous and loving group of my peers.

Needless to say, I'm also excited by any help/guidance/input provided by the awesome bunch of xPUB staff and students ˆ-ˆ

I'm interested in ways of experimenting with and expanding my artistic research related to the work I've done in the past on fictional and speculative frameworks. The timescale of this project is exciting to me as a potential first step or introduction to longer-term research interests, which I would like to consolidate after graduating. While sticking to my regular chosen media (i.e. video, audio, text) as means of publishing research, I believe I can continuously explore the theoretical and technical methods that constitute the potential overlap between different disciplines.

Relation to a wider context

Representation in terms of image processing and data visualisation is an essential component in many fields of study. As mentioned before, I'm interested in the potential of different visualisation tools enhancing our (un-)knowledge regarding the future's phenomenology, especially as a complementary addition to the inherent sensorial limitations of common data visualisation processes.

Here are some examples of practices/disciplines which rely on (en-)visioning tools to access, explicate and cross-reference visualised phenomena: