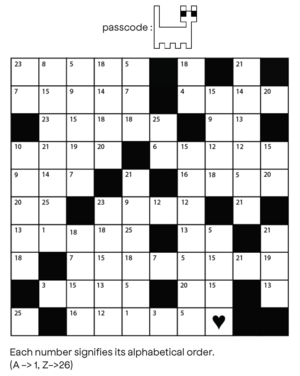 Psychogeography could offer the potential to broaden our theory and practice and collective reimagining, to see the city through other(s’) eyes, in an empathy that leads to action;to see collectively, past individual blindnesses, to name in full our oppressions, and overcome them. To overthrow capitalism. To create a new world. Salvaging Situationism: Race and Space by Andrea Gibbons https://salvage.zone/in-print/salvaging-situationism-race-and-space/

Through this game, I'd like to talk about my dérive as a foreign women'; encountering strange local men who commit the sexual harassment just for fun. Their interruption makes a huge difference between my dérive and the dérive of an italian plumber. For me the game making is a moment to share my inconvenient urban experience, especially with a game - entertainment media, and to take vengeance on unknown attackers.

In each hotspot, there is slightly different versions of Strolling Cat; 4 cat color + different catcalling words. Alongside of a game, the player can find a related image (or teaser of video) and a text. 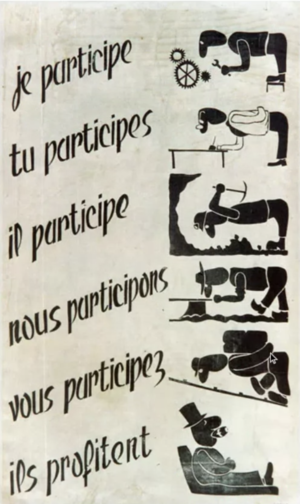 - Psychogeography inspired by Baudelaire. The dérive(drift) is psychogeographical concept originally put forward in 1956 by Guy Debord's "Theory of the dérive". Debord defines the dérive as a "mode of experimental behaviour linked to the conditions of the society: a technique of rapid passage through varied ambiances". The dérive refers to an unplanned exploration of the urban space, where the terrain, impressions and attractions of the city dictate the route. It may be undertaken alone, but it was more frequently than not done in groups. The goal of the dérive was to study the city, map its affects and manipulations, and counter the predictable, monotonous and overly functional urban design of advanced capitalism. The dérive is 'simultaneously a means of study of and a game in the urban milieu.'

The Situationist International A Critical Handbook

- "PLAY" as a solution to find our authentic desire (creating and realising the desire / training tool...)

References from Steve Feminism - Psychogeography (may be useful).

- The COVID-19 pandemic brought a wave of violent racism against Asian communities all over the world. Discuss how the good immigrant image perpetuates the colonial strategy to divide and conquer – and the need for solidarity among migrant communities. Anti-Asian Racism, the Model Minority Myth and COVID-19

-We, Asian Voices Europe, are collecting incidents of racism experienced by Asians in Europe, to be shared with journalists, embassies and anti-discrimination organizations in Europe. You can report your experience anonymously – Even if you do write your name, it will be deleted when we share the information with others. You can choose to reply in English, French, Japanese, Korean or Mandarin. [Asian Voices Europe] Survey on Coronavirus racism in Europe (Version 1.0) => Maybe, I would contact them to collaborate!

- A man firstly accused for Catcalling in Rotterdam https://www.theguardian.com/world/2019/dec/20/rotterdam-street-harassment-catcall-court-appeal

- A new petition against sexual street harassment was started last week by 19 year old Myrthe van der Houwen and the people utilize a stigmatizing image of the perpetrators; people of color. https://fairspace.co/yes-sexual-street-harassment-is-a-problem-no-thats-not-the-fault-of-black-men/

- "At the time, in the '50s, the people who were buying cameras were mostly Caucasian people," she says. "And so I guess they didn't see the need for the market to expand to a broader range of skin tones."

- Every Racism App : Everyday Racism offers a journey to better understand racism by walking in the shoes of someone else for seven days. https://alltogethernow.org.au/everyday-racism/

- Hair Nah : Created by Momo Pixel, Hair Nah allowss players to customize an avatar who can "smack away as many white hands" as possible as they attempt to touch locs, twists, braids, and relaxed Black hair.(p. 18, Woke Gaming, Kishonna Gray)

- Darshan Diversion: Indian temples preventing women from entering, especially while menstruating, and hence diverting them away from their moment with god (darshan, as it's called in several Indian languages)https://globalgamejam.org/2016/games/darshan-diversion 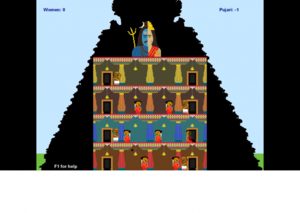 - The Domestic Masculinity of Helltaker : the image of tough guy can be changed. => no need of violence / meanness to demonstrate the masculinity. Yet, although Helltaker doesn’t really carry himself like a traditional woman-conqueringhero, even though he seems more interested in serving his “harem” chocolate pancakesthan extracting sexual favours out of it, his masculinity is never presented as uncertainor weak. https://sidequest.zone/2021/01/25/the-domestic-masculinity-of-helltaker/

- Often, female characters in Video game are represented as sidekick or companion of male character. https://feministfrequency.com/video/the-lady-sidekick/

- GamerGate : The treatment of women in gaming. The start of the story (which is actually the latest permutation of a long-evolving firestorm) came in late August after indie game developer Zoe Quinn and gaming critic Anita Sarkeesian were both horribly harassed online.

Depression Quest by Zoe Quinn http://www.depressionquest.com/ the game “is not meant to be a fun or light-hearted experience.” It is, instead, one of a growing number of video games that hopes to broaden the medium’s subject matter with depictions of life’s darker aspects. https://www.newyorker.com/tech/annals-of-technology/zoe-quinns-depression-quest

- Yet in Half-life you are only given one white guy everyman American geek guy to identify with. And all of the NPC researchers and scientists in the game are male. Half-life remaps the original computer game target market back onto itself, excluding all others and reifying gamer culture as a male domain. (Not that I didn’t play Half-life but I would have enjoyed it more if I could have played a female character.) (Velvet-Strike: War Times and Reality Games, Anne-Marie Schleiner) http://opensorcery.net/aboutvs.html

- I find useful their critique of play within but nevertheless resistant to capitalism (and by extension imperialism and militarism), their architectural proposals for "player" navigation and transformation of urban "psychogeographic" zones (what we might call “ludic architecture”), their analysis of leisure and non-leisure activities, and their repurposing of Dadaist negativity. These proposals all have direct relevance to what McKenzie Wark calls our contemporary condition of "Gamespace.” (Dissolving the Magic Circle of Play: Lessons from Situationist Gaming, Anne-Marie Schleiner) http://www.opensorcery.net/Dissolving.pdf

- Everyone can make game movement : the potential of games as teachers of alternative narratives and histoories, as challenges to the ideologies of hate, persistent inequalities, and violent injustices.(Woke Gaming, Kishonna Gray) " EVERYONE CAN MAKE GAMES! The post-feminist context of women in digital game production" (Alison Harvey and Stephanie Fisher): https://www.semanticscholar.org/paper/%E2%80%9CEveryone-Can-Make-Games!%E2%80%9D%3A-The-post-feminist-of-in-Harvey-Fisher/947464a64b007716c225e95dada8ccb2355920bf

-- Rise of the Videogame Zinesters By ANNA ANTHROPY : Rise of the Videogame Zinesters is a call to arms for anyone who’s ever dreamed of making their own games. Anna’s guide to game design encourages budding designers to bring their unique backgrounds and experiences to their creations and widen the playing field of an industry that has for too long catered to an adolescent male consumer base

- but sometimes hard to make a new connection, cause she’s black woman. => in spite of the anonymity in online game, still the prejudice against black women exist. => the digital world offers spaces of play and freedom in a post-ism promised land of equality and justice, but our experiences reveal the fissures found within those spaces (Woke Gaming, Kishonna Gray)

inspired by TICO-8, but FREE (all the source possible) no need to buy a license

Print : print inside of the game

Trace : print outside of the game = console 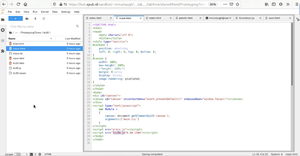 https://tic80.com/play?cart=804 : example of using the map as large images

Application Programming Interface. Get info from A (site, app) and export to B

possible to get in query and parse

Read and Write with API

In json form, possible to choose a specific result with [] 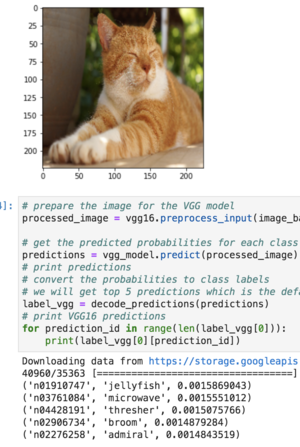 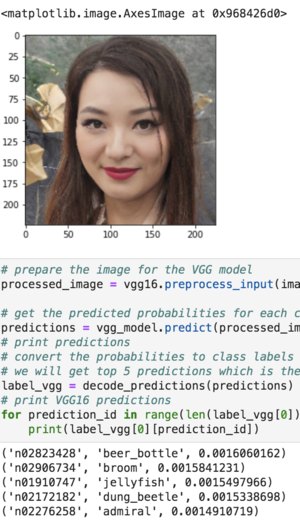 Beautiful Soup is a Python library for pulling data out of HTML and XML files. It works with your favorite parser to provide idiomatic ways of navigating, searching, and modifying the parse tree. It commonly saves programmers hours or days of work.

For example, scrapping the title,

Kendal We can lock certain structures and add links in worldoftext. This can only be done by the owner of the map, but means the artwork can be made by us individually and then locked by one person. meaning the bulk is done by us unlike last time. https://www.yourworldoftext.com/~prioudiha/