A sound artist who has spent most of his live on listening to environments. He recorded a lot of sound from small creatures, such as bees and ants, also creatures in sea such as periwinkles eating sea grass.

1.Geophny 2.Biophony 3.Anthrophony Through recording sound in landscape, Bernie Krause observes the influence to environment which is caused by urban expansion. 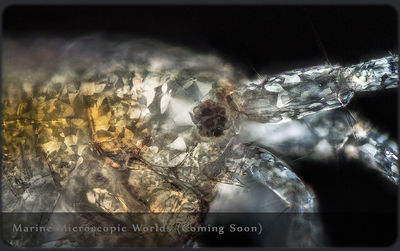 Make a microscope with a laser pen https://www.youtube.com/watch?v=1sJNhhansZg

Jonathan B. Wright Fairy Doors of Ann Arbor The Fairy Doors of Ann Arbor are a series of small doors that are a type of installation art found in the city of Ann Arbor in the U.S. state of Michigan. The first one appeared in the baseboards of the home of Jonathan and Kathleen Wright in 1993. Subsequently several others were discovered in their home; in the fireplace surround and two in the kitchen. On April 7, 2005 the first was seen in public on the exterior of Sweetwaters Coffee and Tea. Since then, ten more have shown up around Ann Arbor (as well as a "goblin door" parody), and seven of the original "public" doors still exist. 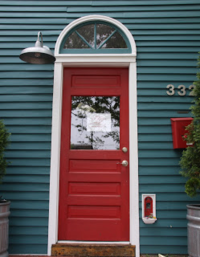 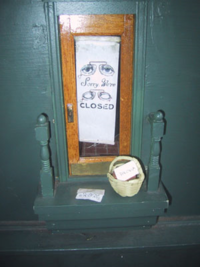