New advanced algorithms allow for new methods of form production. We see ourselves confronted with a weird set of new phenomena: algorithms that generate endless new photo-realistic images from a certain data-set, deeply weird shapes emerging from deep dream and computer vision or images that manipulate themselves from text-input.

Even before computers were invented artists where working on algorithmic form creation. Later, with the use of program code, images where generated in ever more diverse forms. Programmers and technicians have only recently developed images that are generated by machine learning that imitate photo-realistic material. Images, that follow more than only simple rules, but are far from pure randomness. Images, that are created based on a model that is not readable by humans, a model, which is feed by a database of existing images. How can these images be categorised? Is it photos, drawing, renderings, generation? I want to investigate on the implications of this new kind of image generation.

I’m looking to answer the question: What does algorithmic image generation mean for cultural production in times of machine learning?

In order to answer this question I need to ask: How does machine learning change the generation of image. Why and how is it different from other forms of image generation? What are the implications on culture and art production through those generated forms. I want to understand how these images come to be and how I as an artist / designer can make use of them. These kind of algorithms have been used to generate image alike Van Gogh or other famous artists, but I want to challenge these algorithms to generate new, more »native digital« images. Why would you try to replicate traditional art forms while the nature of these techniques is so different?

On the visible and invisible

I'm not sure how this connects to the main research question. But during the research I encountered a weird set of images that deal with visibility and invisibility. On the one hand we find machine learning algorithms that auto-remove objects from images (http://deepangel.media.mit.edu/) on the other hand there are new algorithms that detect if an image is manipulated (https://newatlas.com/adobe-ai-detect-image-manipulation/55179/). For the second one this means computers see something in images that is invisible for us (small repetitions of pixels that arrive from using the stamp tool in photoshop).

Another example that I found on google earth are »satellite calibration targets«, that were put up in the dessert to calibrate satellite vision. (see screenshot from google earth below). So this huge targets are invisible for most of us, but are physical places, that you can visit. And through the very same technology these images become visible for anyone again through google earth. So we can get a glimpse into satellite technique by the way it produces images, manifested in a physical space.

(Note: Programming Languages use NONE / NULL to set if something is not there -> could relate to invisibility)

I want start researching a short history of algorithmic image & form generation and want to connect it to recent technological developments. I want to draw connections from the technical to the cultural, which means outlining machine learning in relation to visual culture. In a comparison between existing image generation techniques and new A.I.-enhanced forms, I hope to find parallels and differences in aesthetic, use and function. I plan to make experiments going along with the research that will eventually accumulate to one final work. In a playful approach I want to bend models of machine learning generators, try to make them fail, produce new material, irritate algorithms. I want to examine the development of the image, from a 2D dimensional communication tool to a zero-dimensional array of points (Flusser, 2011).

In my practical work I want to work on how we can understand these machine learning models. How can we learn from errors or mis-functions of software producing images that help making the inner functions graspable. I am want to test these new algorithms in a playful way, I want to produce new visual material, that helps to understand – or at least helps to question these systems in a critical way.

Along the writing of the thesis which will be based on careful reading and research, I want to make experiments with image generation algorithms.

Online you constantly see news about new machine learning algorithms. I encountered a lot of technical papers in the past, where technicians are talking about images (quite strangely). But instead of talking about the technical improvements that can be done on these images, I want to think about what these images mean for fields traditionally concerned with image-making, especially arts and design.

Furthermore machine learning is embedded in many contemporary digital systems that drive our world, and it is hard for us to understand them fully. So I think images are becoming a more important tool to make visible what these algorithms are doing and also to make visible where they fail. It is important to understand these systems and their implications in order to be able to influence them.

Images dominate the world and human perception (80%? of your perception is based on vision). We saw different phenomena arising from image culture: memes, new aesthetics, photo manipulation, the aesthetics of censorship… While Walter Benjamin saw himself confronted with a mechanical reproducibility of art with the rise of photography, we are now facing endless digital self-production and are even challenged in the way we see by machines. (Walter, 2008)

I'm trained as a graphic designer and have been fascinated by different kinds of visual material. In addition to that I gained interest in new media and technology that would enhance humans. I am interested in understanding these new phenomena and their effects. Furthermore I have been researching about database and database-art. The models of machine learning algorithms are taking this idea of the database onto another level. A level where only machines can read this databases anymore. »Machine is talking to machine – the keyboard or user can be plugged in if needed« (Kittler quote in https://youtu.be/AavTap5FgSQ?t=275, sure he also wrote that somewhere) Furthermore I already did a few experiments that were related to experimental creative use of machine learning.

Nowadays machine learning is embedded in many contemporary digital systems that drive our world. Images dominate the human perception of the world and have been matter to digital generation and manipulation since a long time.

These systems and models of machine learning are really hard to understand, to the level where even the creator of such algorithms is not even able to have an insight, why machines make certain decisions. 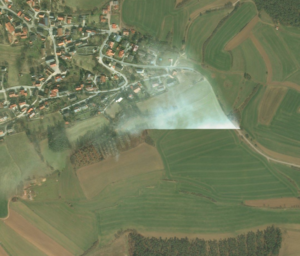 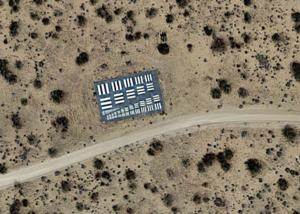