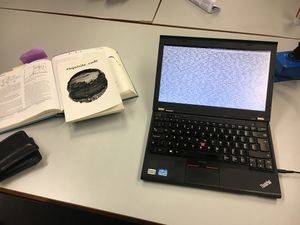 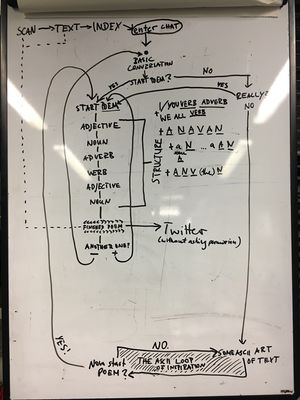 The bot will try to convince you to write a poem. Otherwise, you will be caught in the ASCII loop of inspiration. If you agree writing a poem the bot will give you constraints and advice what you have to do. This is based on the method of Exquisite Corpse. (Constraint is the structure) 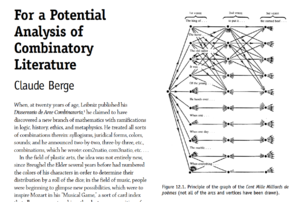 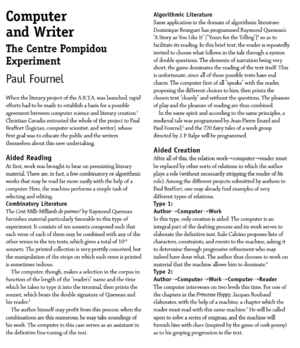 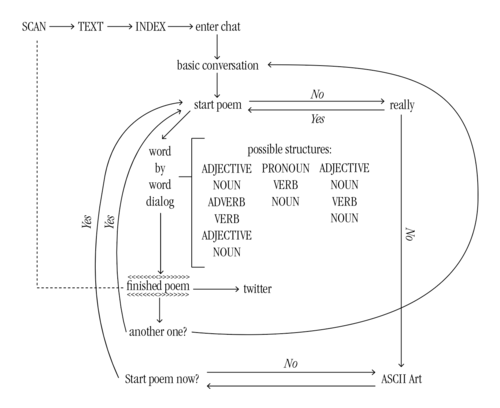 The bot chooses randomly on which structure the user has to write the poem. 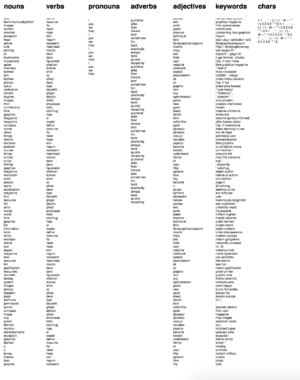 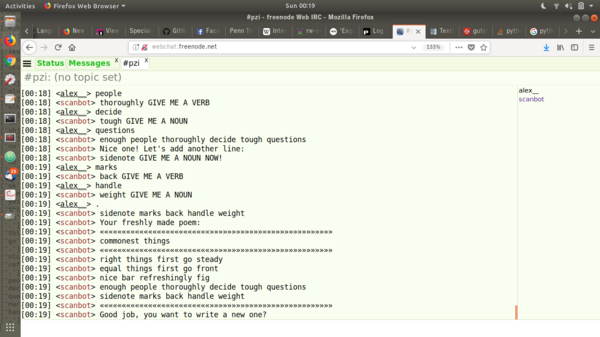 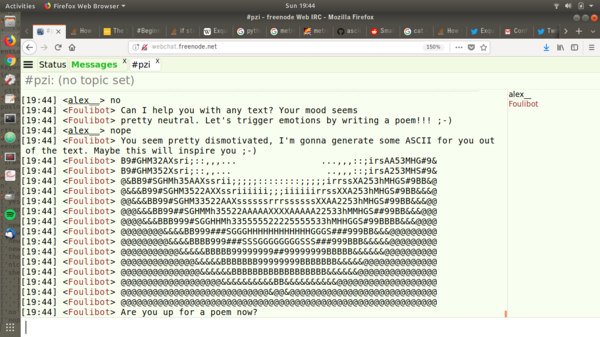 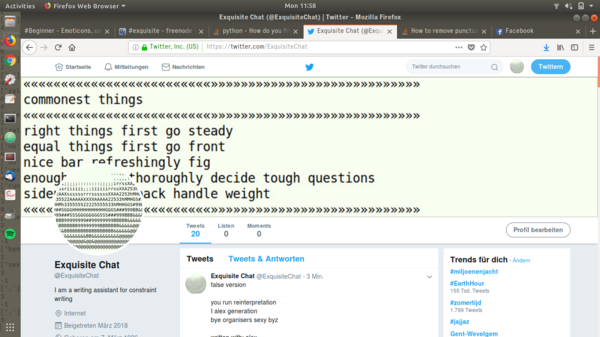 Creating a poem in collaboration with a chatbot

The Code is accessible on git.xpub.nl