Goethe presents his empirical observations of light phenomena in this quasi-scientific text. Originally published in 1810 and translated into an archaic form of English—from the presumably archaic form of German—the book is an interesting but fairly dry read. The volume is divided into chapters which are further divided into numbered sections adding to its "scientific text" feel. Goethe makes a clear distinction between objective and subjective observations (apparently a division that is much clearer in the German language) and covers refraction, reflection, chemical colours, etc. I was struck by the hubris with which the book is written; here we have an individual (white and male) who, in spite of the fact that his theories are not supported by science, feels that what he has to say is worth sharing with the world. (Granted, this was written over 200 years ago and in a context that I cannot relate to.) I considered taking on some of his experiments in my own work until I decided that I didn't want to pay any sort of homage to an arrogant, privileged and racist man. I put the book down soon after reading the following:— 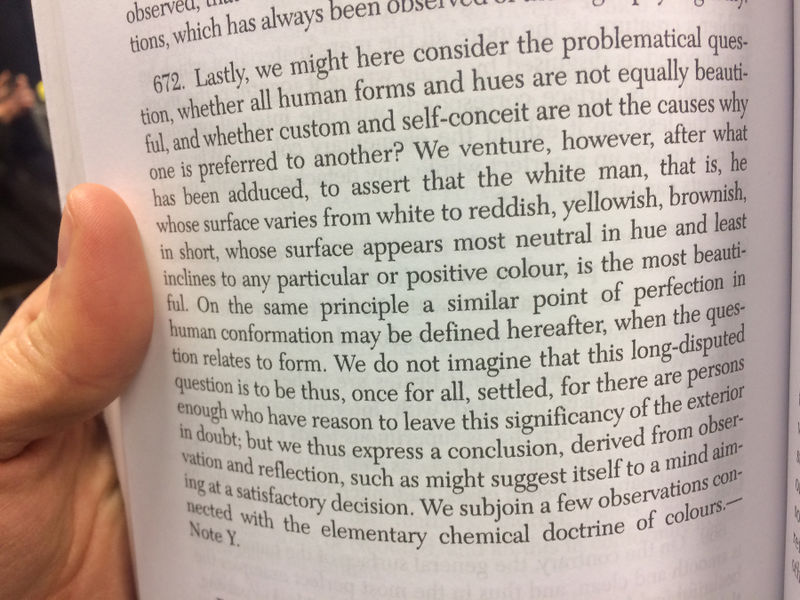