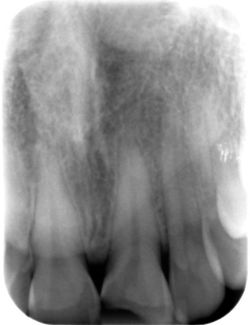 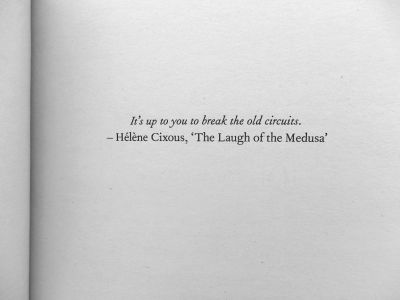 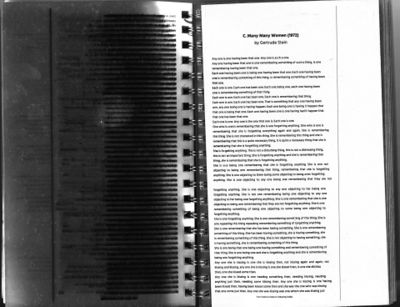 From Tedious Tasks to Liberating Orality


Practices of the Excluded on Sharing Knowledge

How can automated tasks lead to an open and creative process of producing knowledge? How can this knowledge being distributed afterwards? Scanning is a way of creating copies of original written and printed texts, with the purpose to preserve them and reproduce culture. But as it serves mostly the book culture, what narratives and methods are excluded? Throughout the history of the high-tech world stories are lost or hidden, either because they have verbal form or their language cannot be digitized. Many contextual information and methods are lost when the text are scanned. How then counter and excluded learning is produced and shared without this practice? There are other forms of knowledge transmission and preservation like the ones that were developed in oral cultures. But they are not perceived as evaluated methods. Ong (2002) claims that understanding primary orality is an important element for the development of the writing cultures and why not to of the process of scanning? This reader attempts to go through the automated tasks that female employees were doing in the beginning of the 20th century and their development to producing knowledge. From weaving to typewriting and programming women, mainly hidden from the public, were exploring the realm of writing beyond its conventional form. This was similar to the methods of Oulipians for constrained literature, but at the same time they were excluding women from their movement. According to Kittler (1999, pg. 221) “A desexualized writing profession, distant from any authorship, only empowers the domain of text processing. That is why so many novels written by recent women writers are endless feedback loops making secretaries into writers”. But aren’t these endless feedback loops similar to the rhythmic narratives of the anonymous oral cultures? How this knowledge is produced through repetitive formulas that are easily memorized? The orality is not built on written practices and texts, but in memory, sounds and human interaction. It doesn’ t need a library to be stored, for people to look up and create their texts. The learning process is shared from individual positions but with the need of the community and is flexible and active to the present. In conclusion, the reader aims to propose critical, conceptual and methodological tools that are needed to define a new scanning culture. This is realized with the collection of diverse texts, presenting theories like situated knowledge, orality and different feminist approaches to learning. The book was made with different tools with the intention to find ways of the automation of the publishing process. Any word that doesn’t make sense is because of that, but also of the manually annotated found texts. All the chapters, except the last one, are excerpts from the original texts. The dates in the titles refer to the time they were first published.


This excerpt from Kittler’s text shows how women, working in text_based professions, like secretaries and typewriters, became anonymous writers in the beginning of 20th century. By firstly listening to the dictations of their employers, mostly male writers, they automated the process of writing for them. They were playing the role of the machine, that would be a necessary assistant in the future. This computerized text processing made them capable of producing their own texts influenced by their mechanized actions.

On Software, or the Persistence of Visual Knowledge (2004)by Wendy Hui Kyong Chun


In this text Chun presents automatic programming in 1950s and how the oppressed workers of it resisted to the priesthood of computing culture. By developing the high-level language FORTRAN, they were finding alternatives to the automated tasks imposed on cheap labor. As Chun mentions, women were good in repetitive tasks as weaving and software. So, the military and masculine mental computer system was hiring mostly women, who were treated like the computers, to process a program. To change that it is not enough to recognize these women as programmers, because the problem is that the master/slave relationship is in the core of programming.


The following chapter is a collection of texts of an on-line conversation in digital communities about the terminology master/slave used in computer protocols. Some arguments are against any social, political or cultural involvement in technology. They support the opinion that the technology is pure and untouched by the social spheres or its communication system is well defined from the beginning and globally understood, thus hard to change again. On the other hand, some programmers are personally offended by the terms master/slave and want to change it, because in the “real” language they have intense and negative meanings.

Situated Knowledges: The Science Question in Feminism and the Privilege of Partial Perspective (1988) by Donna Haraway


In this text Donna Haraway put the question on how objectivity should be defined in the science world. She proposes a feminist science, which is based in the situated knowledge, opposed to the monotheistic and military approach of todays scientists, which is illusionary. Through these lines she develops her arguments about an embodied objectivity which depends on the position of the individual. This partial perspective is non-illusionary and provides space for interaction with others’ visions and thus the development of a universal knowledge from the bottom.


In this article the authors highlight the absence of women from the Oulipo movement. Even though the etymology of the name comes from the need of these poets to reject the bourgeois and mainstream tendencies, they act on the same way. They do that by ignoring the political impact of their work, the marginalized culture and rejecting women to enter the group as members of another sex. The authors claim that Oulipians while introducing the constrained writing were ignoring that women writers were also used to work under constrained circumstances. Bringing the example of Foulipo they believe that feminism and Oulipo have many in common and introduce a set of questions around the necessity of this discussion.


The last two texts of this collection show what work was produced by women typewriters who became writers. It is obvious that there is a repetitiveness in the texts, resembling their previous tedious tasks. Because of that, words loose their meaning and then their sound, which was primarily there, appears while reading them. Looking closely to this assumption there is a similarity to the primary orality that Walter describes on the Text #8. The first text support more this theory. In it, Laing creates a set of poems, following the rules of patterns, that resemble to knots and loops that the human communication and mind bear.


Here, Woolf elaborates her thoughts on women writers while she is preparing her talk for a conference at Girton with the topic ‘Women and fiction’. Diving into the library of the university she realizes that there are not many female writers and at the same time women are the main subject of male writers. Without the possession of money and with no control and access in education, women had been excluded from the realm of literature. She claims that they are treated as oracles or magical objects and that womanhood is a protected occupation. Then she wonders why not let women being exposed in the same activities as men.


The selection of the parts of this book aims to highlight the importance of the methods of orality in the development of the human consciousness and culture. The dynamic of orality and literacy will favor a deeper understanding of human communication. The former is the primary and natural condition of the latter, which is developed as technology in the high- technological societies. But their relation doesn't mean that are dependent on each other. Oral cultures exist without the need of writing, texts and dictionaries. Ong describes in detail what are those methods with which oral people can organize complex thoughts. His aim is to provide a connection between the two cultures for the shake of the human awareness.

Acts of Uttering Together: On New Orality (2008) by Panos Kouros


The text, written in Greek, is an utterance about the creation of new artistic practices based on a new orality that provides a common field of uttering together. This orality, in contrast to the work of art as an object or text is based on temporary collective distributed processes. It can be a tool of the production of community in public space. This speech was projected on the wall of a prison under construction, as long as it is necessary to complete its broadcasting on a university campus where oral architecture was discussed.