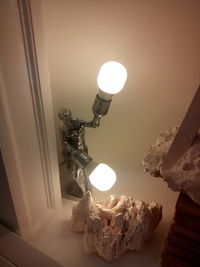 Marshall McLuhan, ‘media are the intersecting points or interfaces between technologies, on the one hand, and bodies, on the other’.

>> Global culture that comes from the machine age. How technology influences art practice: for eg. that TV changed politics; internet changed friendship. "The Mass media are extensions of the mechanisms of human perception; they are imitators of the modes of human apprehension and judgement." Aesthetic innovation was driven by technology (anti-realism/ in photography and other media).

(because it is the medium that shapes and controls the scale and form of human association and action.)

Message - The change of skill/pace in human affair Content - "The effect of the medium is made strong and intense just because it is given another medium as content...."

Global village, people before used to live in villages, listen and shares their own stories in the camp fire, culture was local. Now people sit around the tv, mass media recreate this sort of community. New shared village narrative: for e.g.. everyone watches Man landing on the Moon.

"Urbi et Orbi" - every year speech from the Pope in the Vatican sending a message for the whole world.

- continuity even when there is a rupture in - realistic art (landscape/portrait) was distracting the viewer and too immersive perfectionism, as an illusion. The non-realistic art, by mean of expressing more obviously the mediums and techniques.

- modernist dogma of Flatness and central notation. Unlike Renaissance painting that creates volumetric and perspective values to enhance realistic representation. It is an intellectual process this phenomena and not a materialistic (threat by more realistic approach of photography; some other historians state that this whole modernist movement is a reaction towards photography.). Enlightenment philosophy from Kant is here taken into art from Greenberg. "Purity" in a sense that speaks about itself; viewer is now looking at paintings as they are.

Critical / Reflection permanent feedback loop process in Kant. The same happens in Painting, since it is becoming independent and self reflexive. "Have the courage to use your own understanding," is therefore the motto of the enlightenment. What Is Enlightenment? - Immanuel Kant.

Greenberg is accused of dogmatism and paradox, he doesn't consider inter-media/multi-media art works (is against Dadaism collages..) even the flat surface of the canvas is taken from granted.

The notion of intermedia was arrived at in medias res to capture the myriad work that Higgins had witnessed since the late 1950s as an active participant in the milieu that by 1962 would be named Fluxus. This was work that, as Higgins’s first text describes, fell “between media,” work that occupied the “uncharted land that lies between” existing categories of practice.Across his writings, Higgins was adamant that intermedia—“inter” as opposed to “multi”—was not to be confused with multimedia, in which mediums coexist simultaneously yet separately (for this he would often give the example of the coexistence of music, theater, and dance in opera). At an event that was Fluxus in all but name, rendered this idea explicit: 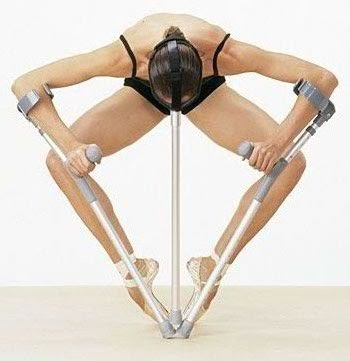 - Junction of tv and computer; passive attitude will move towards a more active position. - democratization of media. - Post-media is then this complex relation (network = "collective-individual") + interaction.

- Like Baudrillard, Guattari is now mentioning a nostalgic feeling towards media/technology, as a parallel reality (getting away from real life towards simulation). - Political note from Guattari : Money + Identity + Social Control . (pre meditating about future use of chip cards and so forth..) other references: Guattari and Deleuze: Societies of Control // Wendy Chun: Control and Freedom.

- October Magazine, serious layout, looking like a scientific paper (http://www.leftmatrix.com/october.html) . Politically critically, counter discourse towards Greenberg. Aiming for real art criticism independent from art market; with no ads from art institutions and galleries. The Art value and commodification is often mentioned in the text from Kraus: "operation of pure exchange value".

-The end of each medium with the arise of conceptual art. (https://en.wikipedia.org/wiki/Joseph_Kosuth#/media/File:Kosuth_OneAndThreeChairs.jpg)

"the medium is the message" common to all theories: the very technical configuration makes media never something neutral provider, but it is in itself determinant towards the outcome/ message. Structure of the media is equivalent to structure of politics. In each authors own way, media specificity is always mentioned.

"To elaborate on the question of memory, I will now introduce a very old and culturally specific technology, the Quipu.

In ancient Andean South America, a particular technology called a Quipu was used in a number of different regions. This device, often described as talking knots, consisted of a thick cord from which a number of strings were suspended in the manner of a fringe. These strings were of different colors, according to the nature of the object each represented: for example, yellow stood for gold, red for the army, white for peace. The colors, being limited in number, had different meanings de- pending upon the general purpose and scope of the Quipu.

Quipus provided the basis for a more holistic process whereby memory was embedded in actions. The continued and repetitive use of the Quipu by many generations and in multiple regions allowed for change and adaptation but also solidi- fied links between different types of knowledge and behavior. Quipus were dynamic, they altered the way in which their users thought and remembered and the way that individuals and societies built up their identities.

Descriptions of the khipus contained in documents written at the time of the Spanish conquest (beginning in 1532) [which] reveal that the Inkas used khipus to record quantitative data (e.g., censuses and tribute records) as well as songs, genealogies, and other narrative forms containing historical information.

The exact way in which they were applied, however, is uncertain, due to their use in non-literate societies, which means no written account exists. Without a written record of their use, our historical knowledge of Quipus has become almost mystical, truly embedded within its own media.

The nature of remembering and forgetting using a Quipu necessarily undermines a complete understanding of how the technology worked. Quipus were used in a variety of different and fluid ways, and it was this plasticity of behaviors that changed the re- lationship between thought and knowledge for its users. On this note we return to search engines and the contemporary ways in which they are discussed. Although we cannot know the precise details of how the ancient Quipu technology was used, we know that even talking about the possible ways it might have been deployed allows us to interrogate the interplay between remembering and thinking. Could Quipus exist simply on a personal basis, did they need to be connected within an inter-medial field that took into account wider discourses? Is it inevi- table that a personal memory, when structured through shared media, transmutes into semi-shared codes? " 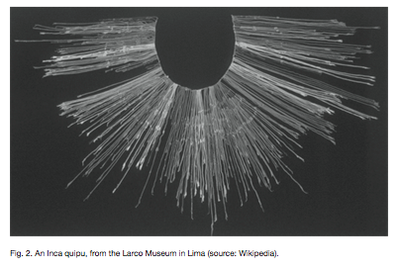