"Perhaps knowledge succeeds in engendering knowledge, ideas in transforming themselves and actively modifying one another (but how?"

Concrete and/or Artificial system - Human Construction / Subjectivity. Paradoxal. Absurd. There is no such a thing as technical precision?

Language is a system that cannot be trusted (http://en.wikipedia.org/wiki/Fritz_Mauthner - language skepticism): "Should constantly be questioned".

Started in the 17th as to gather and systematize (distribution limited). Also in the 17th century fact and speculation methods were tight together. Facts vs Fiction.

A database is an organized collection of data. The data is typically organized to model aspects of reality in a way that supports processes requiring information. (http://en.wikipedia.org/wiki/Database) 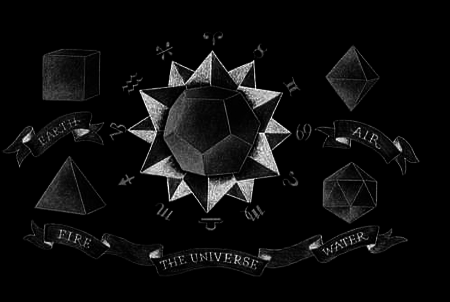 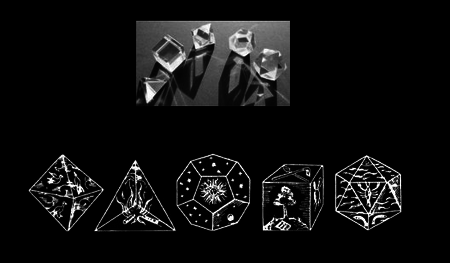 Foucault: experience of the order:

Systematize differences: "A 'system of elements' - a definition of the segments by which the resemblances and differences can be shown, the types of variation by which those segments can be affected, and, lastly, the threshold above which there is a difference and below which there is a similitude - is indispensable for the establishment of even the simplest form of order. Order is, at one and the same time, that which is given in things as their inner law, the hidden network that determines the way they confront one another, and also that which has no existence except in the grid created by a glance, an examination, a language; and it is only in the blank spaces of this grid that order manifests itself in depth as though already there, waiting in silence for the moment of its expression."

SPACES - encyclopedia as a general space for knowledge.

Le Da Costa Encyclopédique - "Da Costa also alludes, which is the failure of utopian and positivistic faith in science as the driving force behind human progress."

Borges, The Library of Babel - "The narrator notes that the library must contain all useful information, including predictions of the future, biographies of any person, and translations of every book in all languages."

"Despite — indeed, because of — this glut of information, all books are totally useless to the reader, leaving the librarians in a state of suicidal despair.", a reflection found on The library of Babel from Borges but also seen in Foucault's definition of language disturbing heterotopias: "heterotopias diseccate speech, stop words in their tracks, contest the very possibility of grammar at at its source; they dissolve our myths and sterilizes the lyricism of our sentences. " http://en.wikipedia.org/wiki/Heterotopia_(space)

"It would be adequate to begin by expanding the constrictive parameters set forth by the concept of utopia. Here, I will take a page from McKenzie Wark (2007) and augment this idea with the concepts of heterotopia and atopia. While a utopia is a nowhere that exists in a theoretical realm, a heterotopia is an actual but different space, an elsewhere where exceptional conditions from those that usually apply exist. Thus, while a utopia can only exist in the imagination, a heterotopia is an “island” (such as a school, a prison, a stadium or a hospital) where people are allowed—or forced—to follow different social rules. Lastly, an atopia is similarly an alternative site with different social norms, except that in this case, the site can be located anywhere or everywhere; it is borderless. In the remainder of this paper, I will be sometimes alluding to how the discourses of digital networks, participatory media, and mobilisation inscribe social participation in the different topological planes of utopia, heterotopia and atopia. Although these concepts are not central to my argument per se, they will help me frame a critique of liberation technology." at http://twenty.fibreculturejournal.org/2012/06/20/fcj-147-liberation-technology-and-the-arab-spring-from-utopia-to-atopia-and-beyond/

" Instead our knowledge of related phenomena constitutes a constellation of associations. (...)

While these are by no means exhaustive, these three ways have a range of historical ancestors and therefore provide us with a variety of overlapping constellations of association. While there are a multitude of behaviors associated with search engines, these three are important for relating to our conception of knowledge. Displaying them as constellations means these categories are flexible, and that new ones might be added. In doing so we widen the discourse around search engines. Remembering concerns the use of search to recall information such as dates or names that we already have a clear contextual grasp of. Learning is searching for detailed in- formation about areas we are partially knowledgeable about. Discovering is the use of search to provide ourselves with the unexpected. I will outline these three modes in re- lation to some examples from the makeshift constellation of associations I mentioned earlier, with the aim of providing a rhizomatic set of connections to other technologies and also hopefully to shift some of the conceptions regarding the newness and excep- tional nature of web search engines.

(...) Drawing on my metaphor of mapping constellations onto historically unrelated media, I wish to provide a wider area of analysis and more ways to question our current tech- nologies."

"The Mundaneum, which was built and functioned in an unfinished state for a time (hence the ambiguity between actual and imaginary), was planned to house all the world’s knowledge. Otlet described it in 1914: These collections are conceived as parts of one universal body of documentation, as an encyclopaedic survey of human knowledge, as an enormous intellectual ware- house of books, documents, catalogues and scientific objects. Established according to standardized methods, they are formed by assembling cooperatively every- thing that the participating associations may gather or classify. (...) The aims of the Mundaneum provide us with a renewed perspective for modern search engine technologies. In many ways the projects are connected. Google’s mission statement ‘to organize the world’s information’ describes Otlet’s project just as well as it does Google’s"