Go back to Mia's page

Get up, stand up! an exhibition of protest and activist posters

Opening of an exhibition Fibre-Fixed: Composites in design

Metahaven: Earth I like the aesthetics (fragments from everyday life and digital culture, recognisable popular signs and symbols such as 'YouTube' in combination with more documentary-like shots), enjoyed watching videos, the way they approach the viewer is not aggressive but rather calm, concentrated; 3 channel video with people walking on an abandoned airstrip reminded me of my home village with similar nature (pine trees, yellowish grass) and the remains of military infrastructure

Kunsthal: Blackout (exhibition within IFFR) The exhibition of works presented with slide projectors, intensive sound and warmth in the space, sounds like being in a bee swarm. Many works address the concepts of memory, history, past and present. Images seem to have a velvet-like feel, sharp and soft at the same time. Very tactile. Title has layered meanings, which I like. Few works I like the most:

Floris Vanhoof: Fossil Locomotion: interesting way of animating still images with rather slow projector - use more of them! (4 projectors). At the same time the artist animates fossils that have been still for millennia ... flickering, moth-like movements.

http://vimeo.com/67903807 Open to interpretation - human pursuit of something unreachable or something not yet discovered, the need for something you cannot get, or urge to see something that is already gone or has not yet happened. Mysteriousness. humour (repetition of scene of people pointing at something that was supposed to be there in the lanscape). With repetition, usual journalist picture reveals people's behaviour as absurd, funny and pointless. 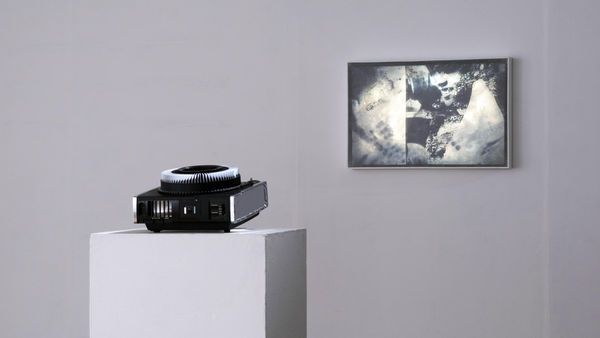 http://vimeo.com/234588123 An intriguing way to present paintings and drawings. Layering within the pictures' composition is echoed by the way of how they're projected: they appear on a thin membrane that works as a screen, but is stretched on a frame with some distance from the wall. Behind this membrane is a black surface that reminds me of fish scales or wet stone texture. Thus the images gain another layer - a play of projections and reflections, based on artist's paintings. The latter being relevant directly for my practice.

Interactive - the viewer is invited to spin the disc that causes flickering and overlapping of the images that come from 2 projectors placed one on top of another. Still-image projection thus becomes a moving image, depending on the rhythm the viewer chooses. A hands-on presentation of distant worlds such as deep space ...

White drawings on deep black background (wall, that looks like velvet), you notice that they are inverted (were probably pencil drawings and then she inverts black and white so that you have white shadows). Thus the motives they depict seem slightly unusual. They are scenes from war times, soldiers, generals, weapons, prison cells, but also remains of far history such as animal skeletons, marks and maps of the territories etc. Beautiful drawings that are sometimes constructed by tracing over the photographs and thus seem very flat, and other times they are very lively, more expressive. She projected them on the walls and cubes of limestone. Like a personal and historian's topography at the same time. 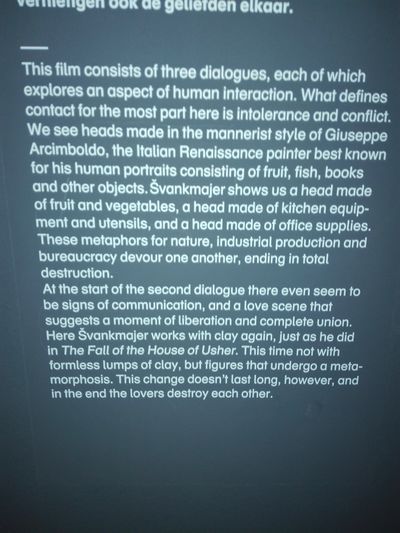 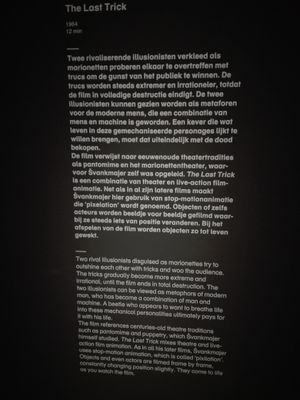 >>Another great evening of conversation, thank you all for coming and contributing your knowledge, energy and opinions! Thank you especially to Dominick van der Hoff, Max Kowalski and Sophia Twigt for starting us down the rabbit holes. We talked about rotoscoping in anime and in general, different ways to do it and the motivation behind the choice. We talked about Xavier Renegade Angel and other intentionally 'ugly' or poorly animated, boundary-pushing comedy shows and we talked about animated shorts that span the spectrum from illustrated journalism to Animated Documentary Film – the one more literal and audio-dependent, and the other where the visuals and audio wouldn't work without each other. Our next event will be Tuesday, April 16th, get in touch to volunteer! Here is every LINK we looked at yesterday:<<

8.9. 2019 Opening at Witte de With Centre for Contemporary art 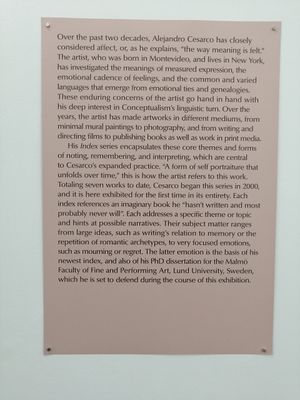 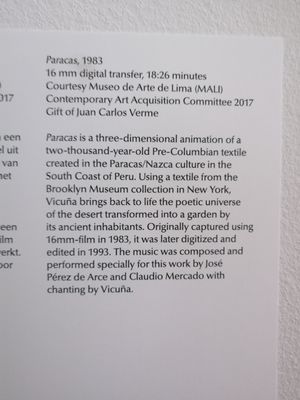