My presentation consisted of two projections; one made by a slide projector and a beamer and the second projection by a 35mm SLR camera with a construction lamp.

The first large projection is projected by the slide projector at an angle to the wall that straightens the lines made by the perspective within the slide. The beamer project at a more straight angle the same image over the slide projection, although this image is inverted in color which turns the whole projection into black/grey/whitish. But because both projectors are not real close together and close to the floor you will block the lights of them with your body revealing the true color of the other projector.

The second projection is made by a camera which functions as a projector. The camera shutter is opened and there is a slide where normally the film is. The back is open whereon a construction lamp is mounted that shines light through the slide and the lens onto a wall. Also this projection is in an angle which straightens the lines of the picture.

Both photograph are of façades of buildings that are well projected from the outside or inside world through walls and surveillance systems. The camera projects an image of two surveillance camera and the big grey projection is an image of a prison painted blue and orange.

I tried to make the presentation more of an installation by projection not straight onto a wall but at an angle into a corner and by making the projector (in the case of the camera projector) into an object itself. The angle of the corner of the wall was in this case 90 degrees I would have liked it to more towards an angle of 60 degrees, so for future projections and installations it will be interesting alter the space by adding walls.

The feedback that I got from the teachers during assessment day was quit positive; they thought that there was a good combination between the conceptual parts of the works and the way they were executed. There were some questions and how to go further from here whereon I answered that I would like to explore a bit more what I can do with light. Maybe make some ligthworks. 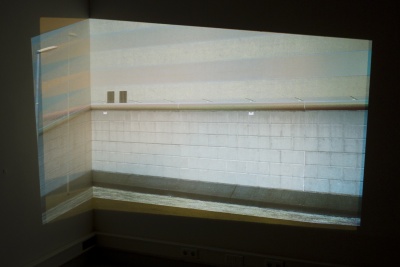 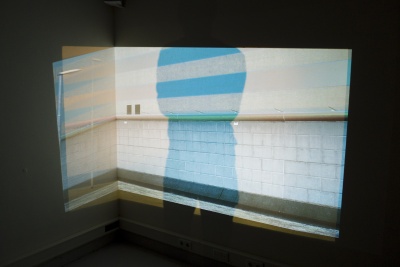 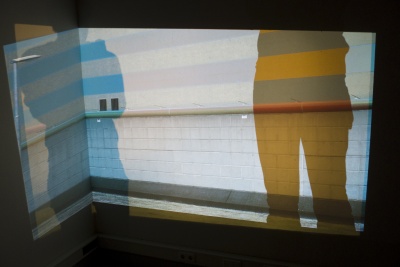 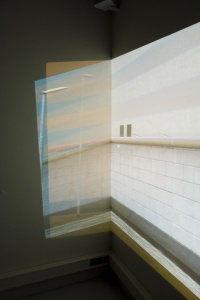 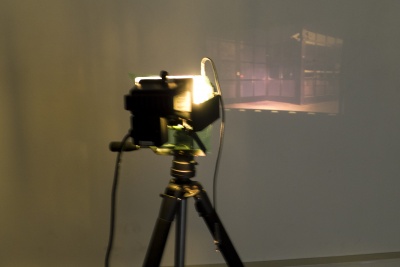 This essay describes how photography became accepted within the fine art world through Conceptual art. The Conceptualist used photography as a documentation method (photography’s claim on the real) to make their work more conceptual, which ultimately resulted in an aesthetic of administration and photography as a fine art medium.