My presentation consisted of 7 color photographs hang in a straight line.

In the beginning of the period I started to experiment with using colored gels in front of the flash of my camera. First I tried what would happen when you photograph green plants with a magenta flash but that mostly gave magenta pictures. But when I tried to make white light from green and magenta flashes together I found out that when the two are slightly in a different location you create colored shadows.

I soon discovered that if I used magenta and green or cyan and red people where confused with stereo photography so I decided to use only the combination yellow and blue.

By shooting at lost of different locations I started to look for mostly places with fences that gave lots of opportunities to give interesting shadows. Shadows that actually added something to the place, gave it a different/new meaning. I also stuck deliberately to taking these photographs outside, because these colored light and shadows are more common in a studio environment than in street. The fact that cant really see how these shadows are created is what makes it interesting.

One recommendation I got from the assessment was that it might have bin better to show these pictures on light boxes or with a projector or beamer. Because of the fact that light was such important part of the work and that wasn’t really reflected in the presentation. I think that it would be interesting to show these photographs on light boxes fore than the lightness of the colored shadows will really stand out. 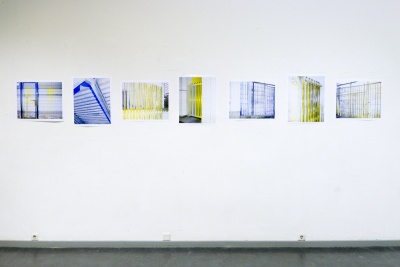 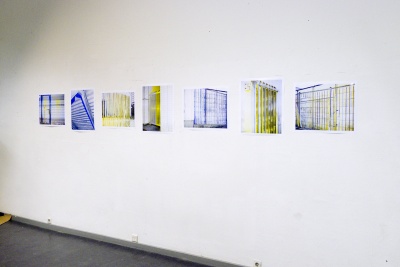 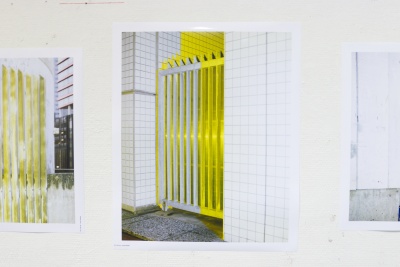 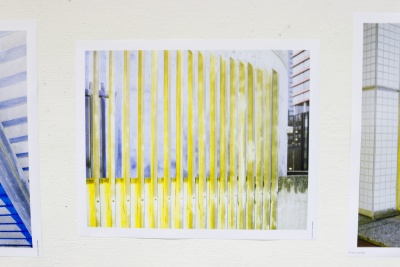 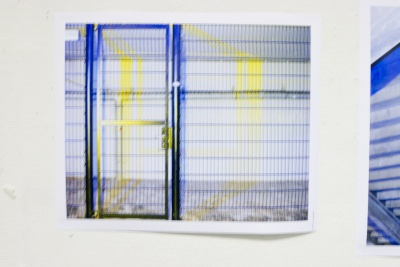 Why do we still want to see a photograph a newspaper to tell us something described in an article is true? For this essay I have taken two text; Objectivity by Lorraine Datson & Peter Galison and The burden of representation by John Tagg and tried to combine them to make a sketch of how photography developed. In Objectivity Lorraine Datson & Peter Galison describe the change in the scientific virtues and practices over time illustrated by the images from various scientific atlases. John Tagg describes in The burden of representation the history of photography and in particular that of the portrait and how it is used as a machine of power.