I spent my college years in a New England town. It has a Main Street, a town green with a gazebo and a food co-op (across the street of a chain supermarket and a TJ Maxx). On my way from town home on Weybridge Street, I often took Frog Hollow Alley, a shortcut that descended to an industrial waterfall — which in its days powered the mill — and ascended back up to street level. I'd pass the window of a gallery. I'd stop. There was a large ceramic bowl in the display — with a shade of green between the softness of moss and the eyes of someone I'd fall in love a few years later. The inside of the bowl yielded no shadows. I'd make a few steps left, a few steps right. The bowl looked at me, as if illuminated from within, generous and patient.

I wondered how such beauty came about.

Perhaps that was why I tried to see.

when I look again

Images carry more depth once I stopped collecting them.

It is a Turkish family. The mother wears a burka and pushes a stroller. Two children run next to her. It is raining. No one carries an umbrella. The mom walks unhurried. Their feet in different rhythms — the children are faster, yet their steps are smaller.

I loved stage directions. Loved reading them. Loved writing them.

PIANIST GIVES HERMAN A LOOK, THEN PLAYS THE PIANO FOR AN ENTIRE FOUR MINUTES. HERMAN AND OLGA SIT STILL.

WITH UNEASE SOFT AS THE WHISTLE OF A ROCK AND BLINDING AS THE BEDSIDE LAMP AT MIDNIGHT, THEY START TO DANCE.

REMORSE SPREADING ACROSS THE POUNDING HEART, HERMAN STOPS AND WATCHES OLGA MOVE BY HERSELF.

HE WAS ONCE A BELIEVER.

There is the finding of image.

Then there is the making of image.

I watched Brokeback Mountain for the first time in 2019 on a very bad streaming platform. I had to close a dozen adult webcam sites before I figured out how to enter full screen. Suppose that's something you pay for getting something free.

I was in high school when the movie came about. It was censored in the Chinese cinemas, but that was not the reason I did not see it. Had I browsed the night market where I had acquired full seasons of Prison Break, I certainly would have found a copy of it. America was to me the world of Friends. I had no urgency to grasp its rural west, no visual reference of the Rockies, no vocabularies for a discussion on sexuality and, on top of that, an unfortunate misunderstanding of love.

The cowboy hats on the cover must have looked too peculiar to me, should my eyes have glazed it, underneath the plastic sheet the street vendor used to keep off the dust.

Fourteen years later, in the midst of figuring out how to tell stories through film, at an age where love seems more forgiving, I thought to myself: maybe I should watch it now.

When I write a play I let the characters carry a feeling and put them in extremely uncomfortable places. Then I hear them talk.

A woman demands a journal from a man. The journal belongs to her old lover; and his, too.

A father prepares a sandwich for his daughter, and explodes, out of the burden of guilt, that it was he who killed the mother.

Emmet and Sarah are engaged. Emmet thought of his old love for another man, and Sarah, another woman.

Secrets, loss, yearning. Those are the the things I wrote, without knowing what they were at the time.

[...]Dawn came glassy-orange, stained from below by a gelatinous band of pale green. The sooty bulk of the mountain paled slowly until it was the same color as the smoke from Ennis’s breakfast fire. The cold air sweetened, banded pebbles and crumbs of soil cast sudden pencil-long shadows, and the rearing lodgepole pines below them massed in slabs of somber malachite. 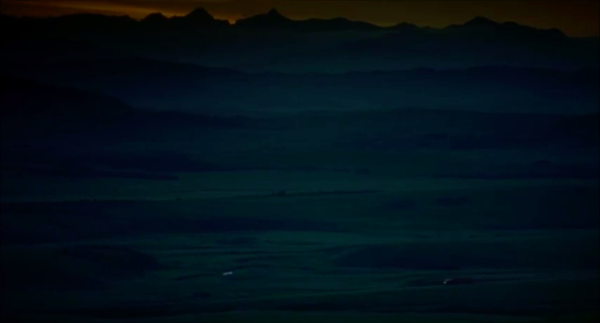 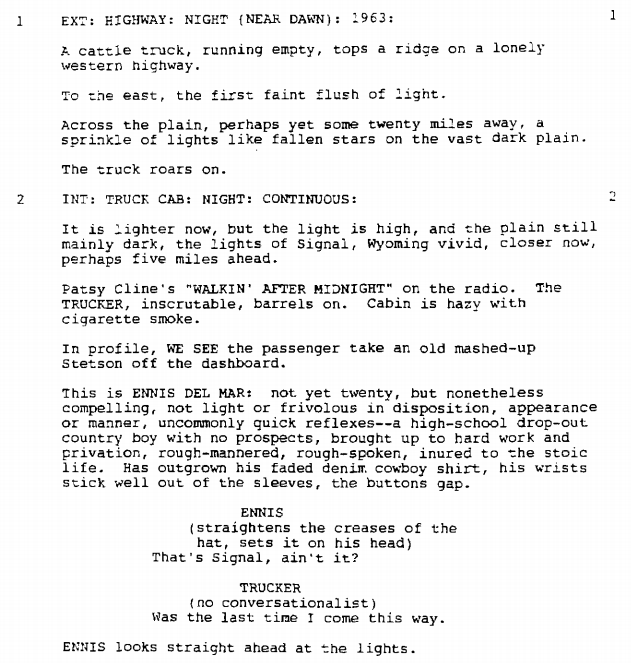 Screenplay, S1 and S2, Brokeback Mountain. Written by Larry McMurtry and Diana Ossana (2003), adapted from the Annie Proulx Story from 1997

The first time was at the Jumex Museum of Contemporary Art in Mexico City.

I saw such a thing as the retrospective exhibition.

Among glass cases of his artists books, frames of his mail art, tube TV screens of his performances, a large table sat full of publications. I pulled the book bearing the exhibition title towards me: Dear Reader Don't Read. My eyelashes touched the pages, since I'd lost my glasses that week.

They were not his writings, but writings about him.

The second was an internet search.

In trying to explain him to a friend in Amsterdam, I googled the name of one of his essays, Ik ben geboren een buitenlander.

The Stedlijk had a museum had a show with the same title. A tribute to him and an appropriation to address the current immigration problems.

The third was on a bookshelf in Finland.

The Art of Book Making, by Ulises Carrión.

In all those times he was dead.

I start to wonder what larger context means to my work. The word context connotes a sense of fitting in, of understanding my own place in art history, of using the right words at the right time, to the right people.

I never knew too much about art, its institutions, its patrons.

I went through my own period of time trying to fit in.

I called myself a "transmedia writer" at some point because it seemed specifically vague. I could write about anything, for anyone. I could think about the forms of books. I could gather information about a place, a phenomena, a social injustice and translate it into a piece of interesting knowledge. My works were always neatly justified. They were inspired by a site, they were speaking to a form, they represented some sort of social significance.

The external context seemed easy to construe and malleable to bend. It seemed to matter.

Until I admitted its superficiality.

I travel to people.

I travel to occasions.

I travel to be humbled.

I travel for story, serendipity, connection.

I travel to a refuge with myself.

When the words add up to sentences and the sentences fill the whole pages and pages tell a story, the displacement becomes a journey and the pages become a vehicle, a means of transport. Nevertheless, while reading we hold the pages very still. Thus there is a manual gesture between the manual gesture and the traveling. Long before man could fly, this journey was like flying. Those who first read Homer flew to Troy.