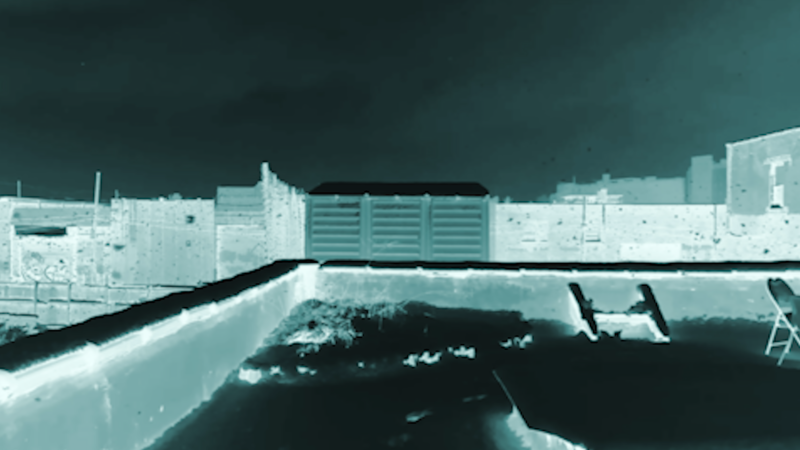 Aloha. It might have started with the comment from Simon about the surrealist vs. naturalist (Passage v. Seek) during assessment. Now I feel I am going on two very distinct but potentially connected strands - documentary (the use of reality) and the process of image (as what's behind the flesh????)

One day I revisited all the video footage from my phone.

The impetus for this was not clear-cut. Part of it was to find footage as materials for a projected installation (prompted by the event organized through the "collective"). Then I noticed all the footage from a year ago. Most of them were of unusual landscapes/activities: a frozen lake in the Tibetan Plateau, floating beach balls in a pool (from xmas in Italy), wind blowing through a trash bag in Rotterdam, extreme wind on the surface of a canal, etc. etc.

Two collections of the footage were recent: one from Maastricht, of the split water levels of the river and the lifted bridge coming back down, then of the green glass entryway at the train station. The second was in front of the Brussel Stock Exchange (the workers were painting the soon-to-be-plaza pink). For each of the collections I took multiple long takes, ranging from 10 second to 2 minutes. I remember when taking them I wanted to portray these somewhat absurd structures/realities.

I loaded all the footage on my laptop and tried to make a sequence, changing colors and effects with the limited options on iMovie. (no need to laugh, I find it an interesting tool that offers something from its dumbness.) But the "narrative" feels forced... The montages do not work... Feels too abstract.

I come back to one specific footage. The original is a handheld shot of a snow storm on a Brooklyn roof. The sound was recorded through the phone (high volume wind noise...)

I applied effects to it as I was processing the other footage. To this one:

What appeared on the screen... I had to look at it again and again.

It had a stop motion quality. "Almost like an animation" (Ana)

I found the warp artifact from the stablization an amazing distortion...

I happened to be reading texts on Memory Image and this one seemed like a perfect example.

I explained the use the bell footage... is like waking up from a dream. In fact a few footage I used the sound more than the visual: bike wheel (slowed down), bell as a rhythm keeper. I distorted sound from the roof footage. The wind noise with extra reverb turned out to create the atmosphere I would like to have. A storm in the dream...

Cem and I looked at the unused footage. The long take from the Maastricht bridge as juxtaposition. !!! yes

The men moving footage to my mom's apartment... so real that it could work with the others. The extremities of reality.

Despite the suggestions, I was not convinced by the aesthetics of the crop. Somehow it feels like a thing I'd do early on (when I had instagram). An exercise of abstracting patterns and compositions. I did not want to use it in this case.

I took the roof footage and tried to create a loop. Followed a youtube tutorial about how to loop images in Premier. It involves cutting the footage in the middle and changing the opacity level between the jumps of the initial start/end.

Tried to replicate the procedure of color invert/ warp stabilizer/ speed slowdown in Premier, but the software told me that warp stablizer and speed cannot be applied to the same clip.

So I exported the already manipulated footage from iMovie and import that to Premier.

I created the loop and found the opacity an interesting property to explore, in conjunction with the color.

The image was already a representation of the memory... and somehow it seems more malleable, being unreal.

I have called the project "a tribute to the mind", which is a bit cliché, but it does reveal the involvement of duration in the image... Footage seems to become visible, but plausible frames stitched together.

Loop of image with overlapping clips of different opacity (cross fade or whatever) and colors (changes in the basics + some corruptions in the curve)... I see crossfade as a visual representation of the overlaying of images in memory.

Spent a night + a morning trying to install the image. Tried a few things:

In the end I did not install it. In retrospective this was a good thing. The work was nowhere near done.

N.B: I will contemplate more about the DIFFERENCE between a projected image and a shown image (sometimes on print, other times via a LCD screen like the iPad). So many thoughts/readings have happened about the materiality/mentality of the "screen" parallel to this experiment.

I mentioned Christian Metz and the text on photography and fetish (outdated vocab, but the concept remains the same).

I have produced a more precisely edited version of the looping image. I found the movements introduced by color corruption would add to the piece. Going to all the corners and imaginary growth of the memory... Added rapid cuts (flashbacks). Goes to white. Allusion to still slides (a frozen moment, a desire to pause and look, but then the desire is taken away by the progression of time). More contradictions of what one image is (faded or corrupted). Goes to black. Goes back to the "negative".

Add back bike wheel... transport myself into the depth of the long-winded ___ lane...

David: This starts to feel like a video art piece from the 80's or something about what Premier can do. The process you describe: cutting the footage, is an interesting metaphor. Very good idea. Focus on the fundamental of the image. The negative reads apocalypse.

J: But I am drawn to the look of the negative not as much as the original one.

D: It's interesting, but not for the right reason...

Cutting the loop - accidentally creating an envelop for the odds and ends of memory - I am going to try out putting the other memories IN this loop. A total inverse?? Or coming to a circle?