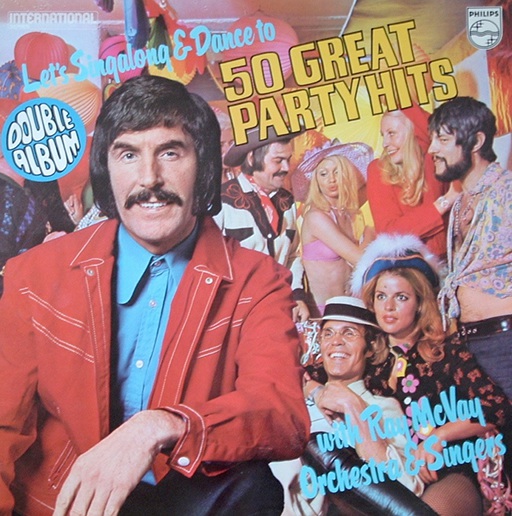 We're going to spend two days to help you install a GNU/Linux distro on your laptops or whatever you bring. This is mandatory for first and second years networked media students. Lens-based students are welcome to join.

You will be asked to choose to join the Ubuntu or the Debian group. Both distros share some common technical backbone but the way you will install them will differ greatly. Choose carefully which one you want to install for the party. There won't be any "proper" break, just bring food or go fetch something to eat while something is getting installed etc.

The product of a company, Canonical, that aims to provide a user-friendly desktop environment based on the usual graphical user interface metaphors, helpers and widgets that one would expect coming from Windows or OSX.

Ubuntu is straightforward to install and has a rather large collection of HOWTOS/tutorials to fine tune your machine (they do maintain a good section to configure Macbook machines for instance). Ubuntu releases new snapshots of its operating systems every 6 months and each release get updates (bugfixes only, not new software) for 2 (normal releases) to 3 years (LTS releases). You will be installing the latest stable release regardless if it is LTS or not. Ubuntu provides you right away with a complete functional operating system that can be extended with many community contribution via its collection of personal package archives.

Ubuntu is a commercial- and proprietary-friendly platform that also uses their operating system as a gateway to paid closed services and products, such as its own cloud system, music shop, software shop, etc.

Choose Ubuntu if you're entirely new to GNU/Linux and want something familiar to what you have already on your laptop.

Evo will be helping this group.

The outcome of a community effort, that provides a universal operating system that can be tuned and tweaked according to its users needs, whether it has to run on a server or an embedded device.

Debian comes in several flavours, stable, testing, unstable, experimental. Roughly put, new software lands in experimental or unstable and once proven bugfree it migrates to testing. Every x years Debian make a snapshot, freeze, of testing and label it stable, then provide bugfixes and security fixes for x years (generally passed two more stable releases). Unlike Ubuntu, Debian stable releases has much older software. But we wont use stable, you will be installing a mix of Debian unstable and experimental as well as some third party Debian repositories that will provide you with a rolling release distro that is never reaching a final state but keeps on being partially updated _all_the_time_. It requires more maintenance strategies and work as sometimes you might pull an update that will break part of your system (fatal issues are usually fixed within a day). You will also install the system from "scratch", meaning in the Debian context, that we will just install some basic command line tools and we will work our way from the console up to the point where we have a usable graphical environment.

Debian is renowned for pushing forward its own vision of what community and free software mean through its 'Social Contract' and its free software guideline.

Choose Debian if you already run Ubuntu but would like something less bloated and less commercial, and if you are already familiar with command line tools and not afraid to spend time in a terminal to understand how a GNU/Linux distro can be put together.

Aymeric will be helping this group.

After Tuesday, we will let you play around with your new OS on Wednesday, on your _own_. That will be a good time to list and isolate problems you have.

Then, on Thursday, Michael and Aymeric will lead the final install day, which, depending on everyone's situation will be either a general problem solving day or a group exploration of your operating systems. We leave it open for now as it is hard to assess your level of h4x0rness beforehand :)

If you want to keep your existing OS on your laptop (windows, OSX), you need to free some space and repartition your disk to create an empty partition of at least 10GB. There are tools for that for both OS. Google.

Do it before coming to the install party as it can take a really long time on some hardware/config and we can't afford to waste time on this.

If you have a Mac, please install the latest version of Refit http://refit.sourceforge.net you will need that to dual boot. Dual boot for PC users will be provided automatically (hopefully) when installing Debian/Ubuntu.

Iwn any case, bring your *cough*original*cough* install CD/DVD in case something goes wrong.

We expect you to come with your own Debian/Ubuntu installation disks, so we do not waste time making copies and swapping ISOs.

Q: I already run (FreeBSD|Arch|Gentoo|Plan9|PuppyLinux|whatever...) and I'm happy with it, can I keep it?

A: Good for you! Keep your existing distro if you want to and join the group you feel like you might help a bit or learn a few things from.

Q: I don't want Ubuntu or Debian but I'd prefer to install another distro. OK?

A: OK. You will be on your own though as we can't provide support for all distros. That said except for package managers, binary policies and boot/init scripts, other distros will be very similar after the install. So go ahead. If you do so, join the Debian group, unless you decide to install an Ubuntu derived distro (such as Ubuntu studio, kubuntu, lubuntu, ...), then you should join the Ubuntu group.

Q: Can I install Ubuntu or Debian in an OSX or win virtual machine instead?

A: No. There are technical limitations for some RT applications and this trick misses the whole point of switching workflows in a different host operating system. So no. Get over it. Don't whine.

A: We will get into that during the install days, there is a complex relationship between the two and their respective derived sub distros. The good news is that whatever you will learn in one, can/will be useful for the other as well. So you can switch after the install party if you feel like you made the wrong choice. What you learned will not be lost.

Q: I read it is possible to install Ubuntu "from scratch", can I do it?

A: It is indeed possible to have some sort of intermediary solution between Debian and Ubuntu, from a purely technical point of view, in the sense that you can install Ubuntu starting with nothing more than a console and some basic command line tools, thus getting a similar fine grained control over what is installed in your system, thus avoiding some bloat and still benefit from its faster snapshot release cycle. If this is what you want to do join the Debian group and make sure your Ubuntu install disc provide a so-called "expert" boot option.

Q: Which one is the best for this course?

A: This is a complex issue as well and we will get into it. First of all, from a practical perspective, using Debian or Ubuntu will make virtually no difference for the prototyping days. For the rest, the diff between Ubuntu and Debian cannot be summed up in a oneliner or reduced to a good vs bad argument. Right now the most important is that you pick something that you feel comfortable with to get you started ASAP. We will explore the ethical and political perspective of free, open source software in network culture during your stay in networked media. And it is you, ultimately, who will have to draw the line on what you can or cannot accept to work with.