History will repeat itself. Strategies of re-enactment in contemporary (media) art and performance 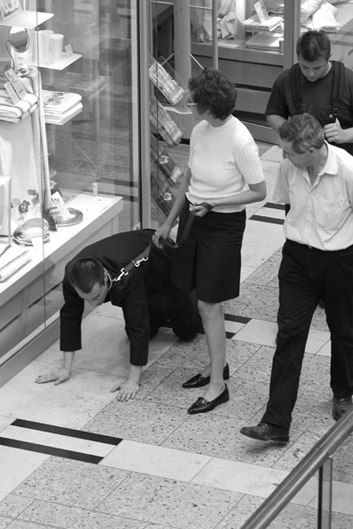 In general, a so-called re-enactment is a historically correct recreation of socially relevant events, such as important battles or other historical events. In a re-enactment, the audience that normally remain passive or at a certain distance of the documented event become immediate witnesses of a (repeated historical) event, which unfolds in front of their eyes, or they become participants in an action, in which they actively participate.In contemporary art there has been an increasing number of artistic re-enactments – the performative repetition or re-creation of historical situations and events. For example, in his work “The Battle of Orgreave” (2001) the British artist Jeremy Deller had a violent clash between miners and police from the year 1984 re-enacted by ex-miners, ex-police and other re-enactors.

Unlike popular historical re-enactments, like e.g. the re-enactment of historical battles, artistic re-enactments are not performative re-stagings of historic situations and events that occurred a long time ago; rather, events (often traumatic ones) are re-enacted that are viewed as very important for the present. Artistic re-enactments are not simply affirming what has happened in the past, but rather they are questioning the present via repeating or re-enacting historical events that have left their traces in the collective memory. Re-enactments are artistic interrogations of media images that try to scrutinise the reality of the images, while at the same time pointing towards the fact that collective memory is essentially mediated memory.

Works by the following artists will be discussed:

Inke Arns (DE), Dr. phil., is the artistic director of Hartware MedienKunstVerein (www.hmkv.de) in Dortmund, Germany, since 2005. She has worked as an independent curator and writer specializing in media art, net cultures, and Eastern Europe. Since 1993 she has curated exhibitions in Germany, Great Britain, Hong Kong, Kosovo, Poland, Serbia, Slovenia, and Switzerland. Recent exhibitions include: Irwin: Retroprincip 1983-2003, 2003; History Will Repeat Itself, 2007–08; Awake Are Only The Spirits, 2009–10; Building MemoryArctic Perspective, 2010; Inter-cool 3.0: Youth Image Media, 2010. She lived in Paris (1982–86), studied Slavic Studies, Eastern European studies, political science, and art history in Berlin and Amsterdam (1988–96) and has held teaching positions at universities and art academies in Berlin, Leipzig, Rotterdam, Zurich, and Dortmund. She has lectured and published internationally. www.inkearns.de

The following notions were discussed so far: