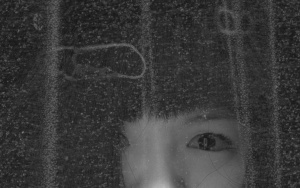 Trace, Being, Time and Reality

As the development of my dust project, my growing interest towards time, being and reality leading me to a possible project.

As the development of my dust project, my growing interest towards time, being and reality leading me to a possible project. My graduation work will mainly focus on abstraction video and sound, using both digital and analogue media. By comparing these two media, Searching for new possibilities of expression and researching how micro-perceptions and fragmented memories, constructs individual reality.

My fascination towards film media is especially contact print technique. Mainly because: for me, the out come of the final image of contact print is a result of trance. after physical tough and lighting process. the trace left behind from small material. Collecting dust is anther way of collecting my trance in a material sense. any my act on pulling transparent scotch tape and making strips and marks on it. trace is not only a element of my work also an instrument. I like this poetic and intimate way of producing images. I consider trace as a evidence of exist. when the object or figure is absent.

"i am gone. however you can look at the small trace to see that i use to been there." All you see is empty, fragment, ambiguous image, however the sound and continually movement will give a cue of what use to happen at this space. in different time. i am building a dimension beyond the physical world. witch full of fragmented moments and memories. there are no logical time frame and reasonable orientation.

[the project will build on projects of mine that are in progress: + make link to milkshake machine and other projects you have been working on + and projects I completed last year] 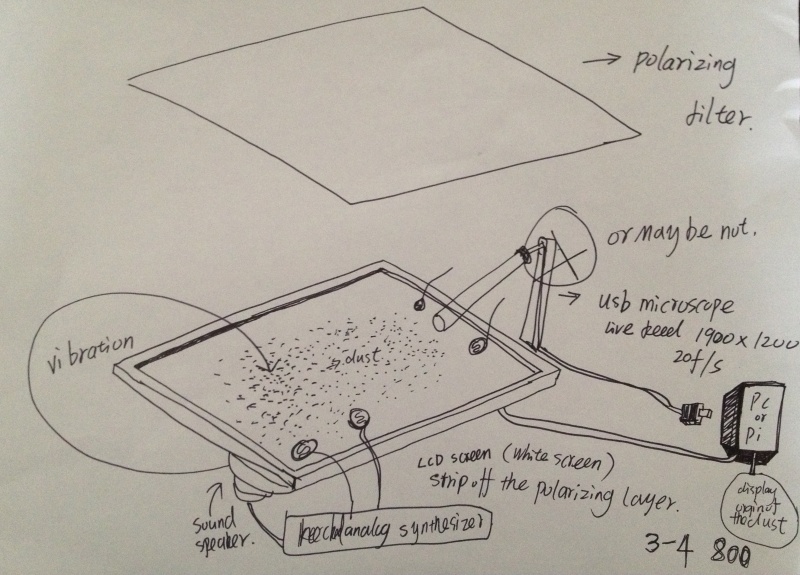 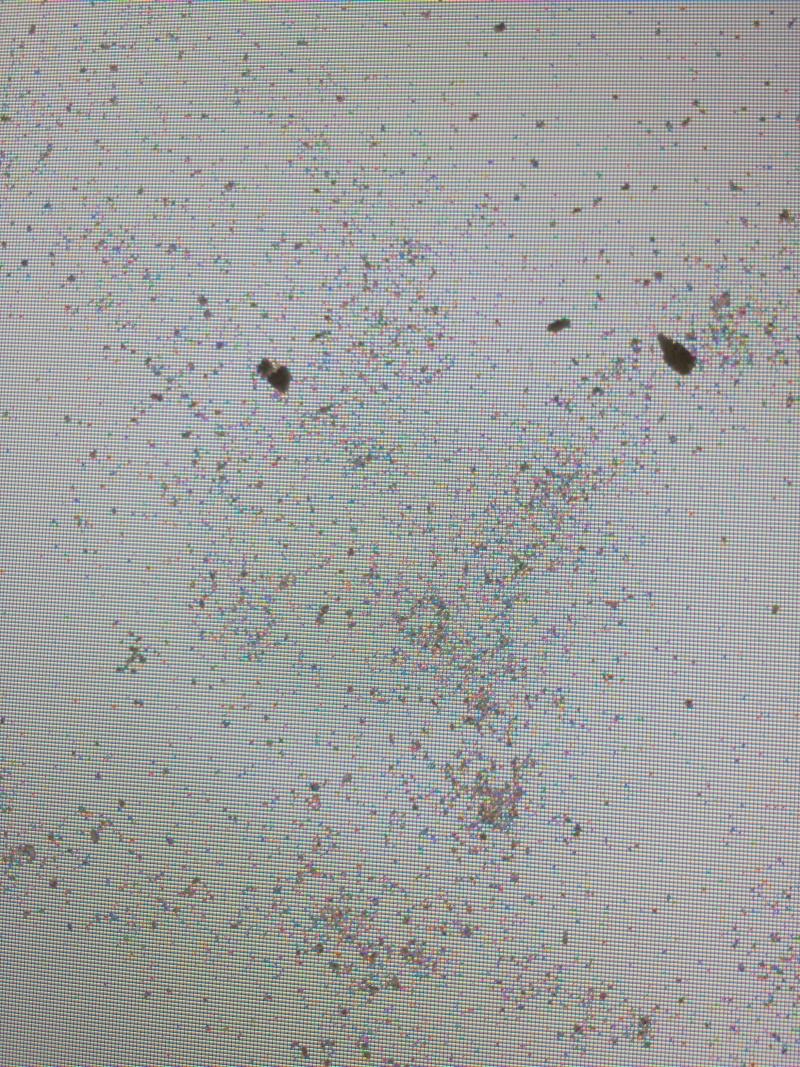 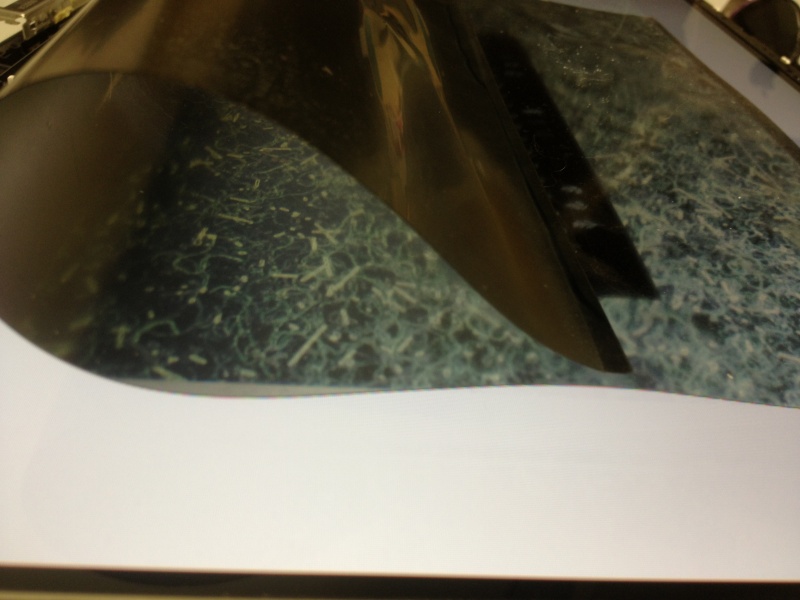 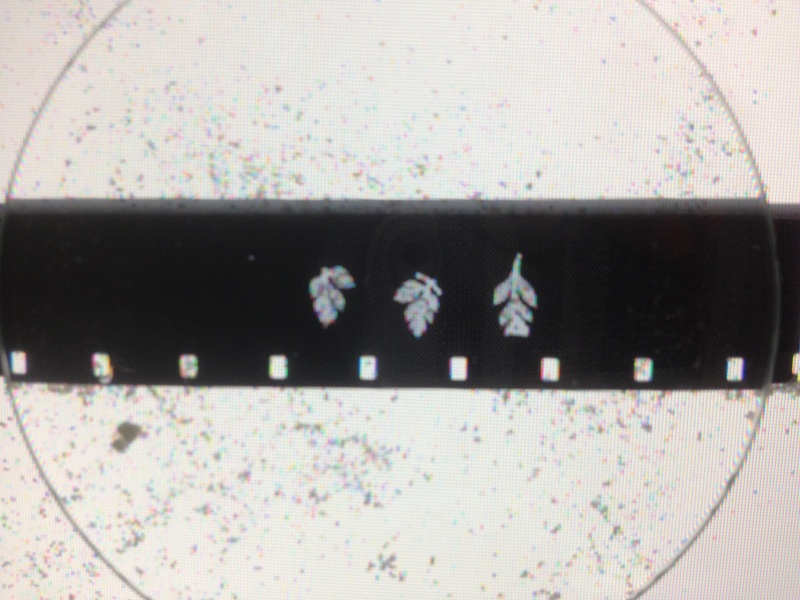 Look back to my path: before PZI all my work is concentrate on my inner world. I create works with my intuition, following with asking myself why and where I have this emotion and experience. After several years, I start to notice my own experience and emotion connected to and influenced by out side world… At the beginning I experience crisis when I face it. I scared all my inspiration will be distorted by my surroundings and inputs from other institution. I believe pureness, honest and isolation is the vital elements of produces artworks. However, I start to suffer from my old methodology. I realise I should find a way to built a bridge between my inner world and outside world. Instead refused the world… that is how my bachelor graduation work <regeneration> comes from…. Viewers walk through the tunnel of installation while they getting close to my image it scattered and regenerate. Now, I am more interested in how to communication to outside world.

After I arrived pzi, I want to keep my work further away from myself. Instead of using my own image and tell my story directly. During the first trimester, I try some new way of producing work. I Capture some moments from my life and embedded to my work. This methodology more or less like force injection. I extract my feelings from my body and find a media object or technique then force injected my emotions or concept into it. Eventually, the work itself doesn’t not communicate as I expected.

However T2, I found my obsession towards noise and dust. And it start to formulate my way of working and methodology.

The notion of memory dust. how memory filter reality. i will translate it later!!! 灰尘是被遗弃的生活碎片。 它们四处扩散，看似没有丝毫意义的灰尘就是那样存在指定空间的一些角落。大声的宣称着： 某人某物曾经在这个表面这个空间停留过。它记录着一个特定的时间段中发生的事情。从灰尘的形状与厚度甚至可以推断出事物停留的时间。

Observe the trace around me, write and draw story board and directional script.

1.trace, figure, remainder, indentation. video with a loose narrative in which you see the trace of the object disappear. ( Cushion blanket, couch, human skin, memory foam, waves and sand) How objects document time. Sound: Minimal - it is what it is just showing time and objects = how time is recorded by objects

2. continue with dust project(focus on unpack it) reveal the material. physical materials/ plants decaying inside the film stock. document the process. ... ...just show more of the process of making and collecting the dust.. show raw material as sculpture installation or display the raw footage of 16mm until it got eaten by projector. 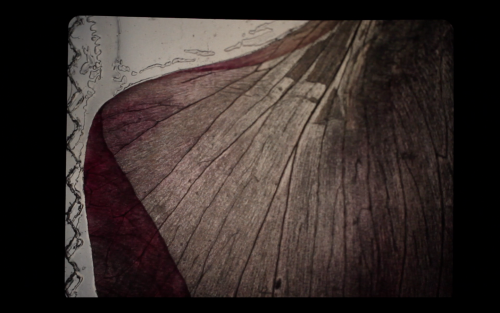 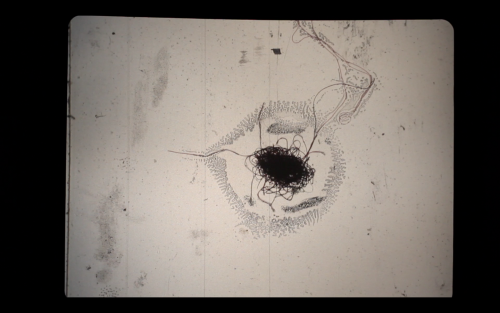 (need to be careful yo deal with analog and digital media at the same time. inspired by analog experimental cinema. however need to think about how to present it in this age. not just repeats the same thing which is already done 60s and 70s.)

(in order to keep it in mind, i will delete the text below after the my definite project proposal draft)

De Luce /Robert Grosseteste on light or the beginning of forms http://www.lumen.nu/rekveld/wp/?page_id=175

the origin of the term visual music

darwin among the machines

Playing with Words The Spoken Word in Artistic Practice

a voice and nothing more

Diary: A Stream of Consciousness that Blends Realities http://blog.telegraph21.com/2011/02/17/diary-a-stream-of-consciousness-that-blends-realities/

others: Angelo Badalamenti explains how he created the music for Twin Peaks

(key words those key words below indicate some possible form of technique or aesthetic i will use for my project.