The means of correct training, Foucault.

"The disciplinary power is to train"- body and mind is transformed / shaped.

Discipline "is the specific technique of a power that regards individuals both as objects and as instruments of its exercise" Foucault maintains that ‘correct training’ is central to the maintenance of disciplinary power, by using the following techniques:

As for the hierarchical observation, Foucault refers to the development of different surveillance methods. First being within the technology itself: "building eyes that see without being seen", eg.: the telescope. Invisibility is the key! The other, as in the construction of observatories; regarding spacial organization/ layout design for best "general visibility". Many examples of how different institutions are structured: hospital infrastructures built in a way to increase efficiency; or the military camp presented as an ideal model for training;

Circular architecture Arc-et-Senans: "the perfect disciplinary apparatus would make it possible for a single gaze to see everything constantly", will be quickly replaced be the pyramid form, that has proved to be even more efficient: "to form an uninterrupted network- consequently the possibility of multiplying its levels, and of distributing them over the entire surface to be supervised". - able to increase surveillance & consequently functionality.

Surveillance > Economic operator (improving profit) : part of the labour process / industrialized system of production; "labour under the control of capital" / "physics of power, the hold over the body, operate according to the laws of optics and mechanics"

As for normalizing judgement, "power of the norm"= "homogeneity is the rule"

Disciplinary punishment "involves a double juridico-natural reference": artificial (set by laws and regulations) & natural (defined by observable processes of the "norm"/ mainstream behavior / surroundings). Eg.: school operating via imperative principles, where teachers are supervisors; "Punish is to exercise"; repetition and insistence is required to best accomplish the corrective goal.

"Rank in itself serves as a reward or punishment"- level/value of the individual in comparison to the others, via a classification system / categories / qualification.

"The perpetual penalty that traverses all points and supervises every instant in the disciplinary institutions compares, differentiates, hierarchizes, homogenizes, excludes. In short, it normalizes".

As for the examination considered as a a combination of the strategies used at the previously analyzed matters of observation and normalization within our society.

"Subjects" turned into "Objects", examination being the "ceremony of this objectification".

Examination also serves as means to capture / trace / fix individuals > documentation / registration. "individual as a case". Writing opens up two possibilities: "constitution of the individual as a describable, analyzable object"+ "constitution of a comparative system that made possible the measurement of overall phenomena, the description of groups, the characterizaton of collective facts, the calculation of gaps between individuals, their distribution in a given population"

"The individual is no doubt the fictitious atom of an ideological representation of society; but he is also a reality fabricated by this specific technology I have called discipline"

Behavior is then regulated. Personality defined. Individuality constructed to fit in a whole - collective - society.

Postscripts on the societies of control, Deleuze.

Deleuze presents the way in which we humanity is moving from what Michel Foucault described as a Disciplinary Society and towards a Society of Control. New technologic apparatus brought new ways of structuring human activity: a society of continuous control. Deleuze analyses this shifting process and highlighting three features:

As for the historical aspect, Deleuze emphasizes the fact that societies of control no more rely on confined spaces. As in disciplinary societies, "the factory: to concentrate, to disribute in space, to orde in time, to compose productive force within the dimension of space-time". Now, society is located in an open environment; delimitations are blurred, hard to map and outline, like a cloud. In this way replacing "the old disciplines operating in the time frame of a close system". This is a new contradictory system: "liberating and enslaving".

As for logic, we now follow the logic of a circuit - performing complex functions tied together into a single profit chain. A "common language" is created to fit this logic of operation system, by control mechanisms - numerical language of control gives or denies access to information. The methods of governing this new society is via coded language - "the code is a password, while on the other hand the disciplinary societies are regulated by watchwords".

"The factory is replaced by the corporation- corporation is a spirit"- group of people combined into or acting as one body - one unique corpus. Technological evolution turned the old factory machines into a computerized system : "the societies of control operate with machines of a third type, computers, whose passive danger is jamming and whose active one is piracy and the introduction of viruses." Corporations no longer focus on selling products, but on selling services and buying stocks, feeding the never-ending "HIGHER-order". Production of capitalism, ruled by marketing strategies - our "new soul". Money once regarded as "blocks of gold" , now an unstable medium used as a measure of its value on the market. fluid and constantly in motion according to rates established by standard currencies.

"Control is a short-term and of rapid rates of turnover, but also continuous and without limit, while discipline was of long duration, infinite and discontinuous."

As for program, Deleuze refers to the "socio-technological mechanisms of control" in which human are supposed to perform their actions. Personal information is digitized, and controlled- humans converted into data - "deformable and transformable". This is a new era in which humans belong to a wireless data system - invisible network that tides people together, converting them to code, to distribute through data transmission devices. Codification of space & time. A world made of software & hardware.

Will humanity discover new ways of fighting against the new establishment? 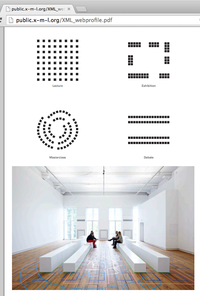 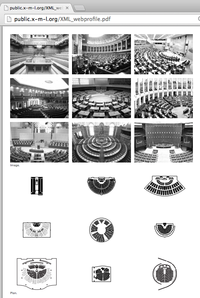