Concept and Practice of VR Filmmaking

Introduction to VR, AR and 360° Cameras

We have been introduced to the theme of the assignment, Virtual Reality, 360 degree video and the available tools. This made us familiar with the basic process of recording and viewing a 360 degree video.

We explored the language of 360 degree video by reusing a 2D image in 360 and back.

We made a horror movie combining footage from the 360 camera as well as creating a landscape in Tilt Brush. The film itself then was watchable on the htc Vive. 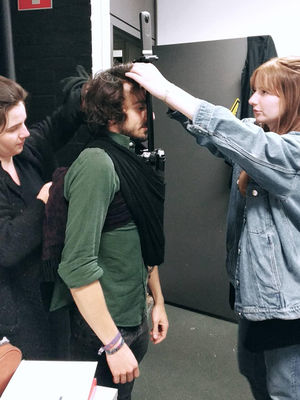 Examples of 360 videos we watched: